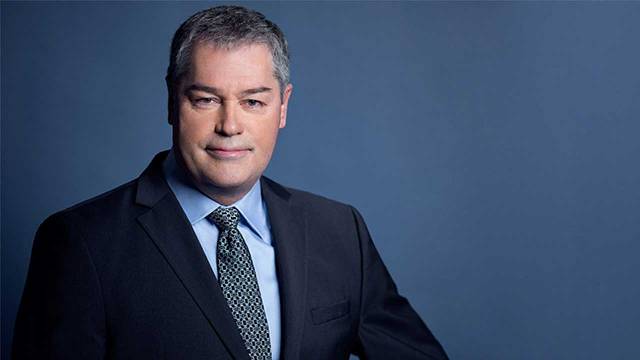 A lot of people are calling on Yves Bolduc to resign as education minister because he took $215,000 in government-funded bonuses when he added 1,500 new patients to his medical practice while sitting as a member of the opposition Liberal party in 2012-2013.

That money was in addition to his $118,000 salary as a Member of the National Assembly and whatever he billed for the medical services he provided his patients.

Bolduc protests that he did nothing illegal, he was just taking advantage of the program that he set up when he was health minister in the previous Charest government. The bonus program, representing from $100 to $208 per patient, was created to provide incentives for Quebec physicians to take on new patients and thereby cut back on the long list of Quebecers who are without a family doctor.

When Bolduc lost his cabinet job after the Charest Liberals were booted from power in the fall of 2012, he suddenly had a lot more free time on his hands because, apparently, being an MNA is not a full-time job.

And being such a hard worker, Bolduc wasn’t satisfied with taking on a measly 40 to 50 additional patients, the average for the 40,000 other general practitioners who signed on to the program, according to the federation of family physicians. Doctors, it should be noted, who were too lazy to simultaneously hold down a part-time job at the National Assembly.

No, for every new patient taken on by full-time general practitioners, Dr. Yves took on 30! That amounted to an average of three new patients a day — every single day — for a year and a half.

But Bolduc will be forced by RAAMQ, the province’s health insurance board, to return some of the bonus money because, by the MNA/MD’s own admission, his return to cabinet means that he will not be able to follow through on the program’s requirement that he commit to caring for his new patients for at least one year. Most of the 1,500 have been returned to the bottom of the still-long waiting lists for family physicians, but Bolduc will only be forced to cough up refunds for the 300-400 patients signed up within the last year.

That suggests that Bolduc saw more than 1,000 patients in the first six months since joining La Cité Médicale clinic in Oct. 2012. That’s more than five patients a day, seven days a week, as a part-time physician!

Although those 1,000 patients may have technically met the minimal qualifications for Bolduc to be eligible for subsidies, the fact that they now find themselves once more without a family physician means the principle of the program has been violated.

You can debate all you want about whether it’s legal, but you’d be hard-pressed to argue that it’s moral to take the money, especially when you were the health minister who set up the program.

Now Bolduc claims he fully intended to care for his patients, he was just caught off guard by the fact that the minority Parti Québécois government would lose power after just 18 months.

Because minority governments usually last decades, right? Plenty of time to build a healthy doctor-patient relationship with your 1,500 new patients while working as a sitting MNA.

Which do you think is the case here? Did Bolduc sign up 1,500 patients while holding a seat in the National Assembly because he was concerned for the quality of their care, or because he was keen on collecting the bounty?

The education minister has been quick to defend himself, saying he shrugged off those long hours at the office, toiling nights and weekends, thanks to his astounding work ethic.

Well, it’s not the work ethic that’s being questioned here, Doc. It’s the ethics, tout simplement, of the following:

• Taking a full-time salary for the privilege of representing more than 50,000 people in the Quebec City riding of Jean-Talon while taking in at least another $300,000 as a full-time physician.

• Recruiting 1,500 patients with the promise of becoming their family physician when you knew that you would not be able to honour that vow if your party returned to power. In doing so, you consciously violated the principles for which the subsidy program was created, by you, as health minister.

Bolduc should not resign as education minister. He should resign from the national assembly and return to private practice to care for the 1,500 patients he abandoned. Failing that, he should be forced out of cabinet and instructed to repay every penny of the unearned bonuses.

This is not a tempest in a teapot, it’s a clear symptom of the culture of corruption and entitlement that has been making Quebec the object of ridicule around the world.

As a surgeon, Premier Philippe Couillard should see the need to quickly and clearly cut out the infection, even if that means tossing his friend into the medical waste bin. ■