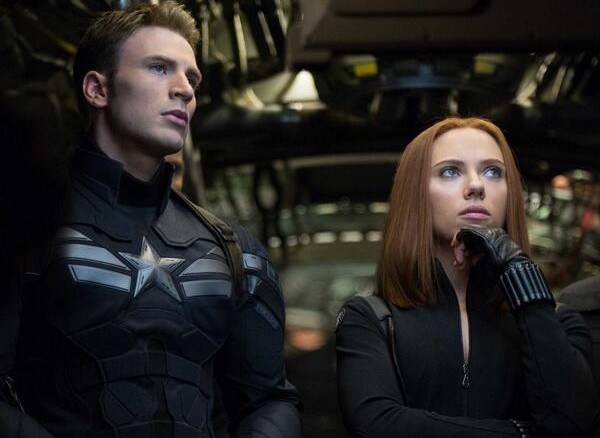 There are several film fests and events worth noting this month — until April 11, you can check out Bright Nights: The Baltic-Nordic Film Festival. For the third year in a row, the fest has set up shop at the Cinémathèque québécoise, screening films from Estonia, Lithuania, Latvia, Sweden, Norway, Finland, Iceland and Denmark.

Then from April 15–19, the Cinémathèque will close their 50th anniversary celebrations with Le Choix des pianistes, a week-long program which will feature their resident pianist Gabriel Thibaudeau improvising music on a selection of silent films, along with guest pianists Maud Nelissen (Amsterdam), Antonio Coppola (Bologna) and Philip Carli (Rochester, NY).

From April 24–May 8, Cinéma du Parc welcomes the Montreal Latin-American Film Festival. The program will be announced on April 17, but you can expect many of the biggest Latino hits from 2013.

And from April 25–May 4 it’s the 30th edition of the International Vues d’Afrique Festival, which celebrates African art and cinema.

In the mainstream we have Captain America: The Winter Soldier. Chris Evans takes on the role of Steve Rogers again, this time to battle the Soviet agent known as (you guessed it) the Winter Solider (April 4). The award-winning Israeli film Bethlehem, finally makes it to our shores. The film tells the story of the relationship between an Israeli Secret Service Officer and his teenage Palestinian informant (April 4). Documentary Jodorowsky’s Dune, tells the tale of cult filmmaker Alejandro Jodorowsky’s attempt to adapt the sci-fi novel (April 4). In Jonathan Glazer’s sci-fi/drama Under the Skin, Scarlett Johansson plays an alien seductress preying on hitchhikers in the Scottish highlands (April 4). If Morgan Freeman’s voice is your favourite, you should probably watch nature documentary Island of Lemurs: Madagascar (April 4). Jason Priestly directs comedy/drama Cas & Dylan, which stars Richard Dreyfuss as a dying doctor who ends up on the lam with a 22 year-old (April 4).

In Ivan Reitman’s drama Draft Day, Kevin Costner stars as the general manager of the Cleveland Browns trying to acquire his number one draft pick (April 11). Horror flick Oculus, stars Dr. Who’s Karen Gillan as a woman trying to exonerate her brother from a crime she thinks was committed by the supernatural (April 11). Animated film Rio 2, brings you more adventures with Blu trying to fit in to his new life in Rio (April 11). Greg Kinnear stars in the drama Heaven is for Real, about a father trying to share his son’s extraordinary, life-changing experience (ie. the creepy wee fucker hangs out in heaven) (April 16).

On April 18 you can check out comedy/drama Dom Hemingway, which stars Jude Law as a safe-cracker, recently released from prison, looking to collect what he’s owed. John C. Reilly narrates Disney nature doc Bears, which follows young cubs as they learn life lessons (April 18). Dark Knight trilogy cinematographer Wally Pfister makes his directorial debut with Transcendence, which stars Johnny Depp as a terminally ill scientist who downloads his mind into a computer (April 18). The Trailer Park Boys return with Don’t Legalize It, which is all about dope and their relationship with it (April 18). Romance/drama The Face of Love, is about a widow (Annette Bening) who falls in love with a man, who looks an awful lot like her late husband (Ed Harris) (April 18).

Brick Mansions is one of Paul Walker’s final films, he plays an undercover cop trying to take down a crime lord (April 25). In comedy The Other Woman, a woman (Cameron Diaz) realizes she’s not her man’s only lover and she teams up with his wife to plot revenge (April 25). In John Pogue’s (Ghost Ship) horror flick The Quiet Ones, a professor assembles a team to create a poltergeist (April 25). Based on a true story, drama The Railway Man, tells to the tale of a survivor (Colin Firth) of World War II’s “death railway” trying to find the ones who tortured him (April 25). And in Jim Jarmusch’s romance/horror Only Lovers Left Alive, Tom Hiddleston and Tilda Swinton play two vampires who have been in love for centuries — which sounds equal parts awful and amazing (THE SWINTON!) (April 25).

It’s also worth your while to check out the flicks being offered at the PHI Centre this month, from Finding Vivian Maier to The Missing Picture or Que ta joie demeure, their unique and eclectic program will not disappoint. ■