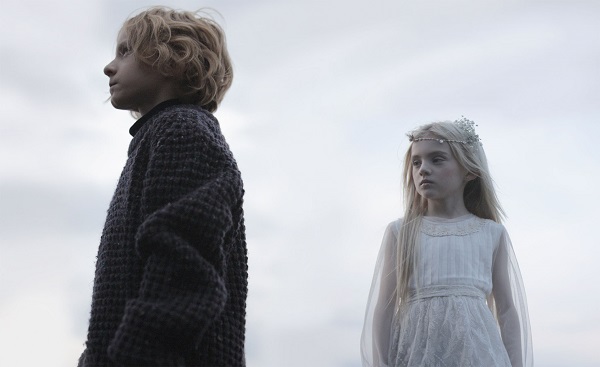 It’s an exciting time to be part of Montreal’s indie film community. Just last month, The Lady in Number 6, produced by a local production company, brought home the Oscar for Best Documentary Short and shone an international spotlight on our film scene.

On the surface it may seem that these filmmakers are living the dream: they get to create movies, travel the world, attend festivals and potentially win international praise and awards — but this lifestyle is not for the faint of heart.

The glitz and glamour of the red carpet is only the last stop in a tumultuous, stressful, emotional process characterized by anxiety and self-doubt. “Everyone’s emotions are just raw and on the table,” says Frederic Bohbot, producer of The Lady in Number 6. “I don’t think there’s any other industry where you encounter the highs and lows of human existence. On some level, that’s what I love about film.”

Indeed, love is a necessary component in this line of work because profit is not very likely. “No one makes money on short films,” says Patricia Chica, director of Ceramic Tango. “We do it because we love it, because we believe in it, because we’re passionate about it.”

These filmmakers make their movies on shoestring budgets, often relying on self-funding, favours from friends and loved ones and — more often than not — copious amounts of personal debt.

“Independent filmmaking is entrepreneurial, you need to be willing to take risks,” says Bohbot. His first film, Once a Nazi, about a Concordia professor who turned out to be an SS officer in hiding, established his career as a filmmaker but also put him $50,000 in the red. While most would find such debt crippling, Bohbot is not your average “starving artist.” Before deciding that filmmaking was his calling, he was on the opposite end of the artistic spectrum, working as a bank manager. “I hated working at the bank,” he says. “I didn’t know what I wanted to do with my life so I tried to make a movie.”

It was Bohbot’s background in banking that gave him his competitive edge in a creative field full of artists. As opposed to the bohemian spirit most envision when thinking of an indie filmmaker, Bohbot is very much a numbers guy. “It takes three years to produce a documentary, and out of those three years, you spend only 25 days shooting. The vast majority of filmmaking happens in an office, doing paperwork. I left the bank to make films, and I’m looking at spreadsheets all day long, calculating numbers and trying to figure out how to get these films done.”

And as for all his debt, “Because I worked at a bank, I was very good at managing credit,” he says. “I made sure I had very low interest rates. I always joke that money grows on trees. I don’t have a lot of it, but I know that there’s more and I know that I’ll find it.”

While Bohbot seems to have found his fundraising groove, for others this is the most difficult aspect of the business. Seb McKinnon, the 24-year-old artistic director of Kin Fables, says that fundraising is an arduous process. “The greatest challenge is finding the funds. So far we [Seb and his brother/co-filmmaker Ben] have been using our own money, but we can’t keep relying on that.” For Chica, matters are even worse. “I had to sell my house to finish my film. I had to move into an apartment.”

While the risks were substantial, in the case of these three indie filmmakers, so were the rewards. Chica has just completed her next short film, Serpent’s Lullaby, a modern take on the myth of Medusa. She also signed on to direct her first full-length feature film in Hollywood, Psychophonia, about a murder victim who communicates with his wife via cell phone calls from beyond the grave.

When only months ago Chica was facing the real risk of homelessness, now she is on her way to a fruitful Hollywood career. “I’m the happiest I’ve ever been in my life,” she says. “I do what I love and I do it with people that I love and all of this is due to our hard work, dedication and belief in myself and my team.” For prospective indie filmmakers, Chica’s advice is to: “Believe in it, believe in yourself, believe it’s possible, and never give up. Because the moment you give up, it’s all gone.”

WHY MONTREAL IS A FILMMAKER’S HAVEN
Seb and Ben McKinnon’s lives have become a whirlwind since Kin Fables found critical success at film festivals and online. They have been contacted by directors, producers and talent agents and offered jobs on many productions. One such offer that they accepted was the Hollywood production Fallen, an adaptation of a book franchise depicting a love story between a human and an angel. The McKinnons just got back from Budapest, where they worked on Fallen with Academy Award-winning director Scott Hicks. “He’s a really awesome guy,” says Seb. “And it was our job to propose new things to him. So, I would draw something and I’d ask him, ‘What do you think about this?’ Then I’d make some changes, show him again, and we would go from there.”

The McKinnon brothers are also in pre-production for the next installment in the Kin series, the passion project that is closest to their hearts. This time around, they opted to raise money through Kickstarter. Seb believes that crowdsourcing could be the future of cinema and he hopes that it will provide an alternative to the big studio blockbusters. “To me, the big budget films are getting more and more boring,” says Seb. “I find that there’s a way to make epic films without that kind of money. You don’t need those huge expensive CG shots to get the emotions of a blockbuster narrative.”

All three filmmakers believe that Montreal’s unique culture make it a haven for avant-garde filmmaking. Bohbot believes that the economic strength of Montreal gives artists more leeway to live frugally while creating their masterpieces. “Most simply, Montreal is cheaper and has a freer spirit than other cities in Canada and North America,” says Bohbot.

“The bilingualism or trilingualism is the connection between Montreal and successful filmmakers,” says Chica. And Bohbot agrees: “The French Canadian spirit plays a huge role. I would say that the Québécois are more daring, more willing to take risks, more willing to live, smoke, drink, throw caution to the wind. That seeps into the blood of Montrealers.”

Seb says that Montreal is packed with potential collaborators. “I see Montreal as the bohemian hub of Canada,” he says. “That means that there’s loads and loads of creative people around. Not only inspiring for filmmakers but also necessary to making an indie film. There is a willingness here. The people of Montreal believe in throwing themselves into projects for art’s sake.”

You can watch The Lady in Number 6 on Netflix. Ceramic Tango can be obtained by contacting Forge Films, and Kin Fables can be viewed here, while the Kickstarter for the second installment of Kin can be found here.