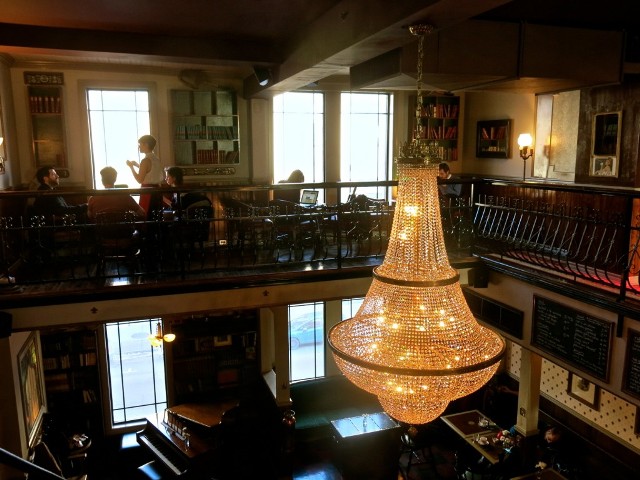 This Sunday, March 30, Mile End bar Sparrow and its adjoining tea room, Cardinal, will be transformed into a ballroom to host a gala event featuring live music by the Barr Brothers, Katie Moore and Joe Grass, hosted by local scenester bros Matt Silver and Dan Haber.

This is the culmination of a charity endeavour launched by Peter Popovic — co-owner of Sparrow, Magpie, Sardine and Mais — and his wife Susan as a way to give back to the Montreal Children’s Hospital, where their 10-month old son stayed for seven weeks last year after being diagnosed with a heart condition called dilated cardiomyopathy.

“He was so ill, we weren’t sure if he was going to make it,” Susan says. “At one point, we even started talking about a heart transplant. And the hospital staff, the nurses, the doctors, the social workers, the administration, everyone who crossed our path treated us so well, with such respect. They helped us through the darkest days.”

The couple’s son still has heart disease but is out of hospital and living a normal life, aside from daily medication and regular check-ups at the hospital they feel so indebted to. To formalize their benevolent gesture, the Popovics formed a committee, SVP Mile End, and went about planning an event.

“It started as something small — we wanted to do a couple of dinners at our restaurant — but as I mentioned this to other neighbouring businesses, everybody jumped on board,” Peter says.

To see what he means by everybody, check out this list of prizes:

Any of the above prizes can be won with the purchase of a $10 raffle ticket, as well as the grand prize, a 24-karat gold-plated Moog synthesizer (the Mini Moog Voyager, value $15,000), of which, I’m told, there are only roughly 30 in the world.

There’s an even grander prize than that: a trip for two to Paris, but that one’s only available to people who attend Sunday’s event, which will feature champagne and canapés from Mais and Arts Café along with live entertainment, but tickets to that cost $75. All proceeds go to the cardiology department (specifically to the purchase of portable heart monitors) and the PICU at the Children’s Hospital. And according to Peter, this is only the beginning for SVP Mile End.

“It’s become such a community event,” Susan says. “There’s a common goal, and we’re all going for it.” ■