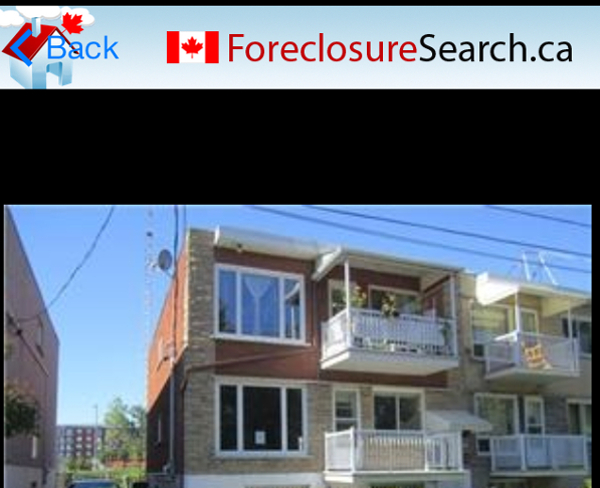 At last count, the App Store had more than a million apps on offer, and most of them were useless. Seriously: Besides, like, Twitter, the Book of Faces, the Gram and maybe, if you’re into that sort of thing, the Tinder, how many apps do you actually use on a daily basis?

So we started thinking about this — not in any kind of existential way, but from a practical perspective. As Montrealers, which apps would be at least somewhat useful to us? Sure, there are plenty of metro maps and sports things — and some of those are cool — but there are also apps that we might click on if we’re not in the mood to look up P.K. Subban’s stats. At least in the iOS app store. The dude writing this doesn’t really mess with Android.

But yeah, here are five apps that may or may not be worth using your precious, precious data — if not your money — to download.

1. Montreal Museums
Cost: Free
Okay, so if you’re a serious culture vulture or whatever, an app isn’t your only option for seeing what’s going on in the sometimes rarefied air of the local art world. But this one pinpoints your location and tells you what’s happening at museums nearby. The drawbacks are that it’s slow, at least the first time you use it, and it hasn’t been optimized for the iPhone 5 and 5s, so if you’re using either phone, you’ll have to live with the dreaded letterbox.

2. Montreal Rail
Cost: Free
If you’ve ever taken the train to the West Island or the North Shore, you know that not only does the MTA’s service suck, but the website that tells you when one of those rare trains is actually coming sucks, too. This app, though not exactly advanced, gives you the train schedule. And for that, we — or at least the members of our team who don’t own a car but occasionally go to the West Island — halfheartedly recommend it.

3. Audioguides Montreal
Cost: Free
We’re not exactly sure what this app is meant to do, but from the comfort of a home office, it was relatively entertaining. The premise seems to be that it narrates your walks through various areas, dishing out sometimes fictional and sometimes factual information about the neighbourhood. If you’re an urbanism nerd, you might actually be all about this.

4. Metro & Bus
Cost: Free
Fine — a metro (and bus!) app. As you might expect, this app tells you when the next metros and buses are leaving a given station or stop. So it’s pretty useful, although we wouldn’t shell out the extra $1.99 for the ad-free version — and more than that for the Trip Planner and ad-free Trip Planner versions. But there you go, noble riders of public transit.

5. ForeclosureSearch.ca
Cost: $6.99 for a week; $99.99 for a year
This is app isn’t Montreal specific. It’s also kind of sad — I mean, is home foreclosure ever a happy subject? But here it is: a utility that can point you to the nearest foreclosed homes on the market, assuming you’re looking for a place to live. Like those found on Craigslist and MLS, ForeclosureSearch.ca’s listings include multiple photos. Admittedly, we didn’t examine the offerings exhaustively, but we did see a triplex in Montreal North that’s going for $349,900. If that sounds like your kind of thing, and you can’t be expected to look at listings only from your laptop, this is the app for you, we suppose. ■

The goalie’s return-to-play protocol is restarting, largely due to the recent closure of facilities, following medical consultation over the state of his knee.

“Quebec endured some of the strictest public health restrictions in the country.”