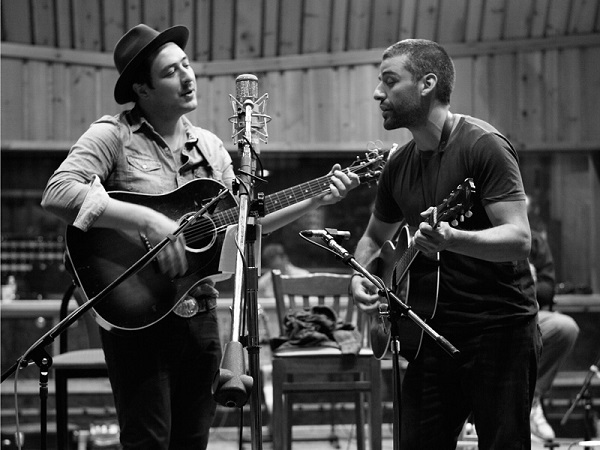 Marcus Mumford and Oscar Isaac in Another Day, Another Time

Much like the award-winning Oh Brother, Where Art Thou?, Inside Llewyn Davis is not solely a snapshot of American history, but a revival of music that composer/producer T-Bone Burnett has given new relevance through the Coen brothers’ filmmaking.

This time instead of the Depression-era deep South, we find ourselves in Greenwich Village, in 1961, right before folk music erupted.

The film took much of its inspiration from Brooklyn-born Dave Van Ronk and Ramblin’ Jack Elliot. Van Ronk’s memoir The Mayor of MacDougal Street was used by the Coens for inspiration in capturing the scene, but Llewyn Davis is a work of fiction so don’t expect to hear Van Ronk’s growl.

In addition to the film, the Coens and Burnett teamed up with Showtime to produce a star-studded concert featuring the music and performers from the film as well as some folk legends and contemporary favourites.

We’re giving away a pair of tickets to the person who can answer the following question:
Which Dave Van Ronk album is linked to the film’s title and Llewyn Davis’s feline friend?

Send your answers to info@cultmontreal.com. ■