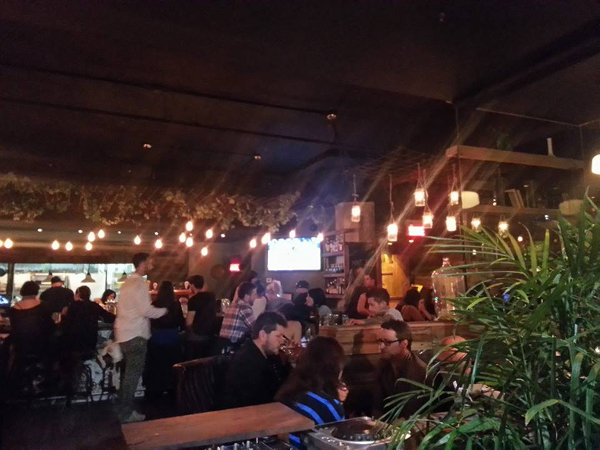 If you’ve wandered the Main recently, you may have noticed stirrings of new activity on the dessicated strip of what was once Montreal’s nightlife hotbed. Yes, the Buonanottes and Rouges are still there — as are the ubiquitous “for rent” signs — but at Prince Arthur and St-Laurent are two establishments that promise a kind of revival.

The first, SuWu, is located in the former Cafeteria space, where it has attracted the kind of lines not seen since the Main’s post-sidewalk-expansion decline. Apartment 200 (3643 St-Laurent), a loft-inspired “barcade,” took over the old Balroom/le Swimming space in September. Both are owned by Zach Macklovitch and Nathan Gannage of Saintwoods, who seem to be singlehandedly contradicting the naysayers who claim that nightlife has fled irrevocably to Old Montreal and Mile End.

Macklovitch says SuWu (3581 St-Laurent), which opened in April, is first and foremost about the food — think of it as an alt-supperclub for the generation reared after the reign of Time. And though it’s scene-y, the service is friendly, the ’90s hip hop soundtrack is good and the food isn’t anything to scoff at. It’s trend-driven, sure, but it’s also fun. An inventive grilled cheese sandwich stuffed with mac ‘n’ cheese and a recent Mexican corn-on-the-cob special were two winners, as was the poutine, which a waiter said contained bourbon in the gravy. The drinks, some of which slyly reference hip hop hits, are well made and fairly priced.

But what is most notable are the lines that extend outside the entrance on Friday and Saturday nights. Upon opening, SuWu immediately drew the kind of crowd that hadn’t been seen on the Main for years. The popularity even surprised the owners, who had intended to open a casual eating and drinking spot that catered to their demographic, students and creative Plateau dwellers. “I was kind of fed up and bored with the typical Montreal bar-restaurant scene,” says Macklovitch, adding that he feels that in recent years, St-Laurent clubs began marketing to a clientele that didn’t actually live in the neighbourhood.

Macklovitch, who is only 23, thinks that the Main is ripe for revival. Obviously, with an office and two establishments on St-Laurent, he’s biased. But the immediate buzz around both proves that, though they may have stayed away when it got bridge-and-tunnelled-out, the young and hip weren’t ready to give up on St-Laurent.

For those same young and hip, Macklovitch has a business lesson: “We just see that there’s mad opportunity here. Why would you go to work at a desk job you’re going to hate? Get out, get your hands dirty and start a business. I can tell you firsthand that rents are not what people think they are. It’s the time to start a business here. I invite more bars and restaurants to open up.” ■