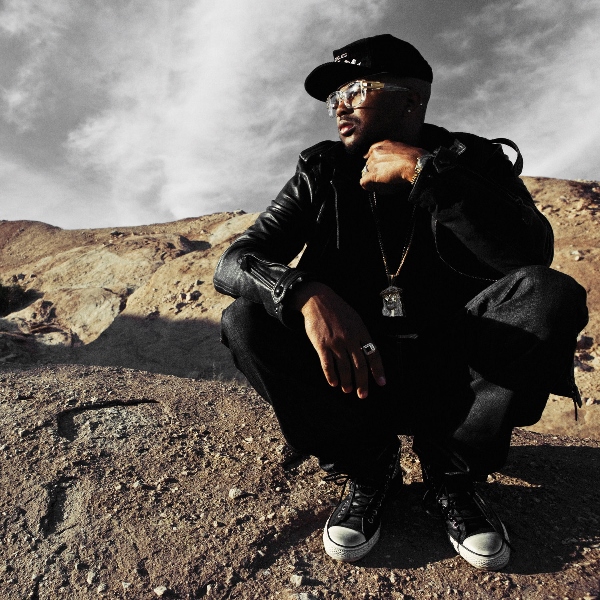 You may not know Terius Youngdell Nash, a 36-year-old U.S. artist with a cult following, but you know his work. Trust me. In his other job as  a pop songwriter, he penned none other than Rihanna’s “Umbrella,” Beyoncé’s “Single Ladies” and Justin Bieber’s “Baby.”

This year, The-Dream released his fifth LP, IV Play, another slick juxtaposition of hip hop and R&B, sex and romance.

Lorraine Carpenter: What’s different about your approach to songwriting for yourself and for other people?

The-Dream: It’s just closer and more personal to me when I’m doing it for myself. There is a slight disconnect in records I do for other people, but there should be, ’cause I’m exercising their vision. “Single Ladies” — that was something that Beyoncé wanted to talk about, and it was my duty to kinda be the psychologist, log it in my mind and make sure to express the points she’s trying to make.

LC: Have you found that there are magic ingredients to making a hit song?

T-D: It’s magic, and you can’t make it — that’s the craziest thing. I’m fortunate enough to be able to have my mentality set up. It’s like my brain is a room, and I can go in there and do whatever it is that I need to do in order to come out with a song. “Umbrella” wasn’t that long ago, and it wasn’t like I had millions of dollars and a good time going on at that particular point in my life. It was a very regular life, but I still had to imagine a place, you know?

I bought my first car in 2009. It’s the car from The Thomas Crown Affair, the movie, and I literally put that car on my screensaver and worked with that in mind. Like, that’s what I want, that’s what I want to be. I hang up pictures in my room, in my mind, and those are the things that I see while trying to make a good record.

LC: What was the best time you had making a record?

T-D: Wow, there’s so many good times, man. Oh my God — I can’t even pit one against the other. “Single Ladies” was great. “Umbrella” was great because it was the first. It was like a coming-out — nothing is ever going to compare to that record, just because of how I did it. A record of my own, though, I think trumps everything, ’cause I remember when I first did “Fancy,” which is on my Love vs. Money album, I remember the feeling that I got when I was coming up with it, and I was in Malibu in a studio house looking over the ocean, and it was just awesome. Just a really great experience and great feeling. So that’s probably my greatest experience in feelings. I think you can kinda feel it in the song when you listen to it.

LC: What are you working on next?

T-D: I’m working on a couple of my own albums. One should be attached to an independent film that I’m directing and writing titled What Is Love? It’s a documentary, but there’s a [fictional] love story as well. It’s kinda based on my own experience, and on questions that I have about love, period.  I should have it out by Valentine’s Day.

LC: Is it autobiographical?

T-D: I just wanna know whether people think about it like I do. Love is different, you know, for men and women, from person to person. It’s disrespectful to try to box in what love feels like or looks like to another individual, even if it’s your partner. A man’s love could be, “I want quiet time, and I want you over there, and I love you, so you should let me have that,” and a woman’s love could be, “I need somebody to talk to me 24 hours a day.” That doesn’t mean that somebody’s bad and somebody’s good — it just is what it is. ■