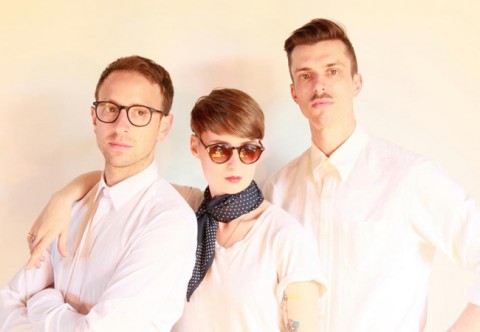 Pop Montreal is only 48 hours away. In the coming days, we’ll be posting a series of interviews with bands playing the festival, as featured in our latest newspaper. (Haven’t seen it yet? Try these locations).

Here’s a selection of other notable bands booked this year, or eight reasons to start buying tickets now.

New bands and new sounds — is that not what this gathering is all about? Comprised of Torontonians from musical projects you likely know, what’s really pertinent here is their glossy reconstruction of ’80s sophisti-pop. Okay, so not entirely new, but working with Sade-isms is like building a straw house—one misplaced sax solo and the whole thing will come tumbling down. Their debut, Perpetual Surrender (geez, even the name), stays sturdy, even in the quietest storms. (Erik Leijon) With Empress Of and Mori, la Sala Rossa (4848 St-Laurent), Wednesday, Sept. 25, 8:30 p.m., $12/$15

This Chilean party starter has roots in house and techno, via his longstanding affiliation with German label Kompakt, but it took 2009’s Ay Ay Ay LP for him to break out of his formerly minimalist shell. This isn’t to say that he has left that world completely behind; he’s merely incorporated funkier basslines and cumbia rhythms. Now armed with a new album and an improvisatory live show set-up, odds are good that he’ll bring the vibe of his notorious South American BumBumBox street parties to Pop’s church basement. (Michael Sallot) With Alejandro Paz & Dago Donato,  Église Pop Little Burgundy (5035 St-Dominique), Wednesday, Sept. 25, 11:30 p.m., $15/$20

This Norwegian musician, artist and writer draws from many disciplines in the creation of her music—highly conceptual and somewhat avant-garde stuff that lures you in with its light arrangements and versatile vocals (softly spoken, gracefully cooing, anxiously undulating and several points in between). Her most recent record, Innocence Is Kinky, was recorded with John Parish, best known from PJ Harvey’s orbit. But Hval is no mere PJ imitator. Headlining at the Red Roof church, she’ll surely catch us all in her spell. (LC) With Syngja, Sibian & Faun, Church of St. John the Evangelist (137 President-Kennedy), Thursday, Sept. 26, 9 p.m., $16/$20

This Hamilton, ON native’s impressive debut album, Pull My Hair Back, was just released on taste-making U.K. label Hyperdub and is ridiculously great. Produced by Jeremy Greenspan of Junior Boys, her music is an effortless blend of stylish electronic pop, disco and sultry R&B-style vocals. Coming armed with a few synths, a delay pedal and a microphone, it will be interesting to see how Lanza adapts her songs to the stage, but a fun part of Pop is seeing raw and energetic acts that are on their way to bigger things. (MS) With UN, le Couleur, Fevers & Sydney Vallette, Club Lambi (4465 St-Laurent), Friday, Sept. 27, 9 p.m., $8 / With Filthy Haanz, Heat, Syngja & Camp, Divan Orange (4234 St-Laurent), Saturday, Sept. 28, 1:30 p.m., free

In past years, le Belmont has been the place to be to catch the best of of the local beat-making scene during Pop Montreal (Lunice’s hyperkinetic set in 2011 immediately springs to mind). This year is no different, with a stacked Saturday night showcase of hometown heroes, including infamous “all-city chilleur” Tommy Kruise. The past 12 months have seen his profile rise in both the 514 and beyond, and if you’re looking for something a little sinister and sweaty to freak out your friends visiting from Toronto for the weekend, Kruise’s take on trap and cloud rap is it. (MS) With Black Atlass, Foxtrott, Lee Bannon, Ango, Simahlak & Seb Diamond, le Belmont (4483 St-Laurent), Saturday, Sept. 28, 10 p.m., free

Some of us will never be able to forget Jimmy Bo Horne’s patriotic performance last year, but more often than not, the late-night shows at Église Pop Little Burgundy are first-class ragers. This year, a couple of Jamaican dancehall titans, Yellowman and Josey Wales, will be trading chill verses in the church basement, recreating their cult classic crossover album from 1984, Two Giants Clash. (EL) With selector Spoon-Bee, Église Pop Little Burgundy (5035 St-Dominique), Saturday, Sept. 28, 11:30 p.m., $20/$25

Among the many, many fine local bands playing Pop this year, remember CTZNSHP. The trio’s guitars ring and roar under the influence of the early ’90s, but underneath that righteous bluster is a rhythm section and melodic core propelled from the post-punk era, with commanding vocals that tie it together nicely. If you haven’t heard “On a Roll,” from their forthcoming LP Doom Love (they released an EP, Swan Dive, last year), go to Bandcamp immediately, or, better yet, check the video, a super-fun montage of pre-hip hop skateboarders. (LC) With Pick a Piper, Paon, Ariane Zita & Gold Cult, Quai des Brumes (4481 St-Denis), Saturday, Sept. 28, 9:30 p.m., $10

Spencer Krug’s constantly morphing project was easy to follow at first because two of his albums had titles that clearly explained the contents within (and With Siinai would have made sense to Finnish post-rock experts). His upcoming album is called Julia With Blue Jeans On, so it would appear he’s broken that pattern for good. This time it’s just his voice and piano, which is probably the configuration for which we know him best. (EL) With Caroline Keating at Ukrainian Federation (5213 Hutchison), Sunday, Sept. 29, 8:30 p.m., $15/$20