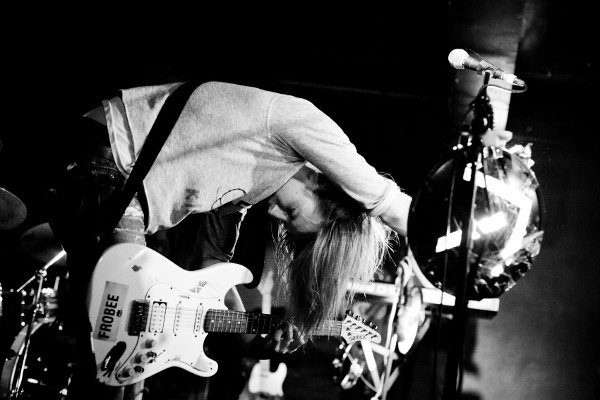 How much more needs to be said about the Montreal scene? A fair amount, apparently. Ever since the international spotlight passed over our buzz bands in 2005, the machinations and personalities and factions and infrastructure of the local music community have been an obsession, if only within the borders of this island. One musician in the new documentary Montreal Underground says as much, and it’s a pertinent comment given the context — the film’s mere existence proves its point.

Adding to that is the fact that it’s the second homegrown documentary on the subject to be released this year, the first being From Montréal. They tell a familiar story: Montreal has a whack of quality indie rock, pop and punk bands, we sing in two languages, bands migrate here from the ROC and working musicians face a number of challenges. But whereas From Montréal keeps it puffy and positive by showcasing instances of anglo-franco harmony, Giuliano Bossa and Melanie Parent’s Montreal Underground speaks to musicians and venue owners about how tough life is for small bands and small bars.

As someone who’s admittedly, occupationally obsessed with this city, I can’t call anyone out for an abundance of insular perspective/civic pride. So of course I’m a sucker for Montreal Underground’s wealth of footage of our city streets, which is so easy on the eyes — the helicopter-shot montage is just killer. But the film’s greatest achievement is capturing what its title promises: the underground scene. There’s so much priceless documentation of fringe bands like Squalor, Bad Uncle and P/do P/dro, and our talking heads include les Breastfeeders’ Luc Brien, members of Duchess Says and Cult MTL favourites Parlovr, whose inclusion here is bittersweet given their recent break-up. The footage of them playing the overhauled Parc Avenue venue Jackie & Judy is a double-whammy of disappointment.

And this brings us to where the drama lies, in the conflict between the small venues (and bands who play them) and the city, given their efforts to satiate yuppies by shutting down neighbouring bars via noise complaints and seemingly arbitrary licence/zoning bylaws. We get some historical context from original MTL punks like Rick Trembles and Chris Burns, who discuss the dire lack of show space back in the day and the need for DIY venues. The narrative comes full circle after we get an earful about Project Noise and the closing of Green Room and Main Hall, delving into the loft scene, its legal challenges and how cities in the Northeast U.S. do DIY differently, and more effectively.

If you’re looking for stories about our music celebrities or the city’s linguistic love-fest, you won’t find either in Montreal Underground. It’s more Banksy than Bob Ross — it doesn’t always deliver a pretty, perfect picture in soft, gauzy tones, but it exposes the gritty reality of a fight with authority that continues to play out in our streets and government offices. Today at least, we can say that the musicians, law abiding or not, are having a better day than the bureaucrats. ■