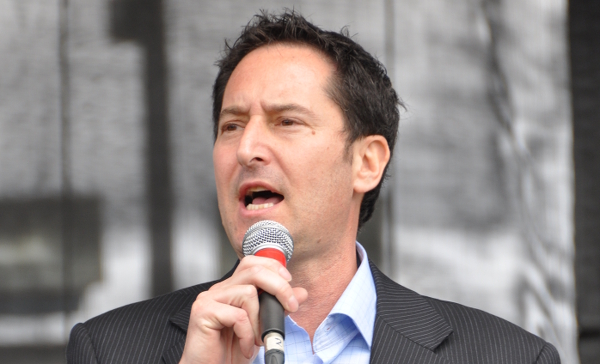 So this morning, Mayor Michael Applebaum — your No. 3 Slimiest Local Politician, according to our Best of MTL survey — was arrested at his home. Naturally, UPAC, the anti-corruption unit, held a press conference to announce that the #anglojewmayor (we’ll never tire of that one) faces 14 charges — things like fraud, breach of trust, corruption in municipal affairs and the like. Along with Applebaum, 2011 Conservative federal election candidate Saulie Zajdel and former Côte des Neiges-Notre Dame de Grâce director of permits Jean-Yves Bisson were also arrested and charged several times over.

Applebaum, you may recall, assumed office last November, when he was sworn in as interim mayor following Gérald Tremblay’s abrupt resignation. At the time, he said he wanted to create a multi-partisan coalition to rid city hall of scandal. In the months that followed, UPAC raided city hall a couple of times, most recently last month. Following the first raid, Applebaum had the misguided idea of telling Montrealers that he “was not targeted by this investigation.”

Though details are still vague, the charges Applebaum now faces stem from real estate dealings in CDN-NDG between 2006–11. Oh, and he hasn’t resigned yet. ■