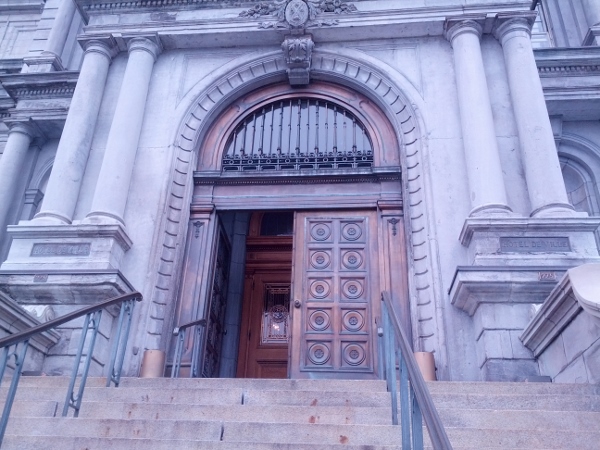 As you may have heard, our mayor, Michael Applebaum, was arrested this week. He was hit with 14 charges, all stemming from real estate deals between 2006–’11, while two others, 2011 Conservative federal election candidate Saulie Zajdel and former Côte des Neiges-Notre Dame de Grâce director of permits Jean-Yves Bisson, were charged a total of nine times over.

But unlike our scandal-plagued neighbour Laval, whose situation Pauline Marois called “terrible, disheartening and sad,”  Montreal isn’t going into trusteeship. No, we’ll get a new, new mayor — kind of like TMZ’s New New Lawyer (32 seconds into the clip, if you give a shit) — on Tuesday. The most amazing thing, though, is that there are people in line for the job. We’ve never served in office, so what would we know, but if you have a history in city hall — like, say, Alan DeSousa — and you may or may not have been part of whatever shady dealings went on in it, would angling for the big, temporary seat not be akin to painting a target on your back?

Then again, the Charbonneau Commission — whose 10 best moments the Gazette lists today — just wrapped up for summer, fittingly enough with testimony from Jacques Duchesneau, our very own anti-corruption crusader, who said we have a long way to go in ridding our province of corruption (right) and that there are 36 distinct schemes at play for companies — including, presumably, Dessau Inc., which won’t be getting any more — to skirt the laws surrounding public contracts. Then he said peace and slinked out a back door to avoid the reporters waiting for him.

In other mayoral news, the guy in charge of Hudson — which itself has contended with supposed irregularities, including errors in pay to 36 municipal employees, misappropriated funds and so on — has stepped down, apparently for health reasons. Nonetheless, Michael Elliott, the 72-year-old mayor of the “best little town in Canada” — a claim the National Post would likely refute — will return to work as a carpenter.

But hey, it’s hot out (first day of summer, dudes), and we have street food. ■