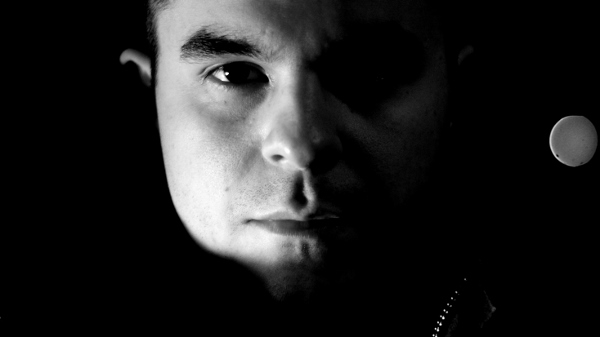 Although it came out in the summer, Lorn’s second album, the sludgy and coarse Ask the Dust, is a more appropriate listen in our current winter wonderland. The 26-year-old Milwaukee electronic producer says he’s at his most prolific when it’s “cold and shitty out.” It must be something about competing with the elements that brings the best out of the guy otherwise known as Marcos Ortega.

“I’d probably be just as miserable in the summer — I don’t have air conditioning,” he says. “I’d be too worried about my gear overheating in the sweltering heat. Extreme cold and extreme heat can put you in an interesting mental space, like an idea of self-preservation embedded in everything you do.”

That idea of self-preservation may have kicked in, somewhat, earlier this year as well, when Ask the Dust leaked on the internet (as most albums do). Lorn was so put off by having his work prematurely exposed to the world, he ended up returning to the studio instead of touring his dirty gem. He’s since completed two EPs and has spent the last six months working on a soundtrack to a high-profile video game he legally couldn’t discuss, even though he very much wanted to.

I chatted with Ortega by phone about his first-ever show, his love/hate relationship with Ask the Dust and his love of Commodore 64.

Erik Leijon: So you’re playing New Year’s Eve in Montreal?
Lorn: Yeah, Montreal was actually the first place where I ever played a gig. Sixtoo invited me up in 2008, even before I had an album on Brainfeeder. Played my first gig with Sixtoo as Megasoid, Lunice and Jacques Greene at Turbo Crunk. It was my first time in Canada. It was beyond freezing — way colder than anything I had ever felt in America — and I took the Amtrak from New York, where I was living at the time. I got frisked and had my bag searched on the train because I didn’t have any cash and they didn’t believe my story of going to visit a friend. As far as the show, those guys know how to throw a party and still do. First time was a little hairy, but it was the first time I got to play my music.

EL: How do you feel about Ask the Dust these days?
L: It’s weird for me in a lot of ways. Musically, I took a lot of chances that I didn’t on Nothing Else [his debut album]; it’s not as sharp or as polished, but it has a lot more life in it. When it got leaked in June, it took the steam out of it for me, and I haven’t actually toured the record. I’ve been doing soundtrack work, so I guess I’ve separated myself from it quite a bit. But not touring means I’ve been able to write music, and even revisit things from Ask the Dust. I did a series of recordings of it on reel-to-reel, including some B-sides from the album and unfinished versions of the tracks, so I have them on tape and I play them at a really low speed. I did it more for personal listening, though.

EL: What does the new stuff sound like?
L: Doing soundtrack stuff has changed my approach to production, especially with getting down to the details. The soundtrack work is also in Surround, so that’s opening new doors concerning where I’m putting things in people’s headphones, where everything’s sitting, and I feel it’s taken things to a crazy place. In a way it combines the power and the raw nature of Nothing Else, more of the experimental songwriting approaches of Ask the Dust and then all these months in the studio where I’ve been discovering new shit. I’ve been playing guitar — and I don’t mean folk guitar — learning how to shred this motherfucker, and it’s really fun. I’m using more analog gear, crazy mic positions, designing my own reverb in different locations. I’ve let myself loose since Ask the Dust.

EL: What kind of soundtrack work?
L: I’m doing a video game soundtrack; I’m not really at liberty to say which game. Pretty high profile one, I guess. I want to talk about it so badly, though. It’s what I’ve been doing the past six months.

EL: How does it compare to film soundtrack work?
L: It’s completely different. I’m not just writing a track or a song that has to fit with a particular scene or moment, like how when you play an mp3 it’s static and doesn’t change. With video games, the pieces are dynamic and things move in and out and are transformed by each other, so there’s a lot of consideration taken for even the smallest details. It’s not cut and dry. It’s more in-depth than anything I’ve ever dealt with.

EL: Are you a gaming guy, then?
L: I play Battlefield almost every day (laughs). I play Halo 4 with my girlfriend. I grew up with Unreal, Half-Life and Counter-Strike. Even LAN parties and weird Korean drinks — I love that shit. But I think a lot of video game music in the past has missed the mark, was characteristically too over-the-top. I don’t necessarily feel an oboe needs to be played in space, or big orchestral movements are needed to paint a picture of war, but I’ve been playing video games so long, I had gotten used to those sounds like everyone else. I want to see not only where I can push my own idea of what a video game soundtrack could be, but I also have to consider the fans, and as a gamer I don’t like having my toes stepped on when I play a new game.

Being a gamer has affected my music, at least in the soundtrack arena. My own beats? Initially, I was very inspired by Commodore 64 music: a lot of it has almost death metal-style arrangements, melodies and chord progressions, but it’s still electronic and I gravitated more towards that than classical music studies.

EL: Would you like your video game soundtrack work to be considered as a standalone piece of music, like a Lorn album?
L: No, I have to consider so much when soundtracking for something other than my own personal work. Is it respecting the gameplay? Paying respect to the artwork? What is the director of the game trying to do? What is the audio director trying to do? How does the material fit in the scope of ambient sound, interactions and even dialogue? There’s so much to be considered, and I really enjoyed thinking about it. I’m not interested in writing a random piece of music and having them slap it on; I’m writing it for the game, and there are strains of what I do in the soundtrack, but I don’t think it would make sense as just another Lorn record. They’re separate for me. Some of it has been a large departure — a lot of new detail in scope and space — but there are also a few tracks where I try to make everything as basic as possible. ■