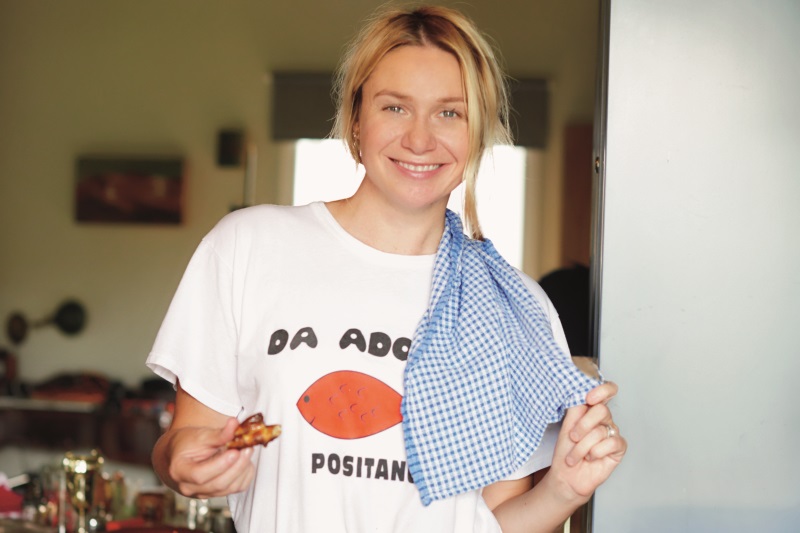 In 2005, Joe Beef opened and Montreal was never the same.

Dave McMillan and Fred Morin are arguably two of the most influential restaurateurs in Montreal, if not in Canada. Six years after their restaurant opened, longtime friend and employee Meredith Erickson would sit down with the two bon-vivants to pen The Art of Living According to Joe Beef. Much like the people, place and ideology it represented, the book was irreverent, it was grandiose and it was a giant success, sharing the essence and importance of Joe Beef with the world and contributing significantly to Montreal’s reputation as a dominant North American food capital.

This was also the beginning of Erickson’s career as a cookbook author. Since that first Joe Beef book was published in 2011, Erickson has penned roughly a book a year, a tremendous accomplishment. She has written about Portland’s le Pigeon, Claridge’s Hotel in London and is beginning a book about Frasca, the restaurant of master sommelier Bobby Stuckey dedicated to the wines and cuisine of the Friuli region of Italy.

Erickson has become one of the most important cookbook authors writing today. Her ability to transcend the medium has reimagined the purpose of the cookbook, allowing readers to not only cook recipes at a professional level, but to further understand the people and ideologies behind their favourite restaurants. Her method blends instruction with anecdotal prose and history, and in doing so makes a book as pleasurable to read as it is to cook from. In late Nov. 2018, Joe Beef’s second book was published, Joe Beef: Surviving the Apocalypse: Another Cookbook of Sorts, allowing us an opportunity to speak with Meredith (who is presently in the Italian Alps) about her craft, the future of cookbooks and what makes a good meal.

Clayton Sandhu: You’ve been working like a mad-woman these last few years. Are you okay?

Meredith Erickson: Ha, you sound like Dave from Joe Beef, who wants me to take some time off in 2019. The thing is, I also say no to a lot of projects. Like, a lot. But within the last three years there were consecutive projects that I couldn’t say no to and they all happened simultaneously. Claridge’s and Joe Beef are both big coups and equally very much my style. And the Alps, that’s been my passion project for seven years now.

CS: I sometimes have a hard time defining you as a writer. You’ve done all sorts of food-centric writing for big publications like The New York Times, Saveur, Lucky Peach, among others, and of course you write cookbooks, but the way you write and compose cookbooks sort of defies the regular conventions of genre, especially when it comes to your latest release (Joe Beef: Surviving the Apocalypse). How do you define what it is you do?

ME: I consider myself a writer first for sure. But in a way, I’m also a producer. Unlike a novel, with cookbooks there is a whole visual element beyond writing prose. The look, the feel, the styling, the photos, recipe testing and development (which is a whole other animal). It’s a big process and someone needs to gel that together from start to finish. And have the vision. This translates to TV, film and magazines as well.

I don’t really want to take on a project unless I feel it’s 100 per cent unique and there isn’t anything like it out there.

CS: To my knowledge, there isn’t any other cookbook like this one. It’s a restaurant book, but it’s really a practical philosophy guide; a tongue-in-cheek approach to roughing it like a French king. How did you approach writing a book like this?

ME: Every book is a reflection of where I’m at now. Surviving the Apocalypse is no different. The structure is a mixtape of prose and recipes, and some of the recipes are for soap or cough drops but on the whole it’s a prescription for a way of living — which is an extension of the first book in a way, but more contemporary. I think we struck the right balance.

CS: This is probably a tough question to answer, but given that there is so much food content available online, for free, are cookbooks going to remain relevant?

ME: Cookbooks in 2018 had their biggest year sales-wise, as did books on the whole by the way, in many years. I think we’re seeing a slight backlash in online content. People are beginning to realize that being connected to your device 24/7 feels like shit. With books, you can take them off the shelf, open them, enjoy them and then close them.

CS: In an interview you conducted with Peter Meehan (author of the Momofuku cookbook and editor of Lucky Peach magazine), he spoke about the importance of actually cooking the recipes you write in order to convey the method properly and effectively. How important do you think it is that people be able to cook from the recipes you write?

ME: So important! When people spend $40 or whatever on a book of mine, I take that seriously. To buy the book and then spend the time and money with ingredients and cooking only to have a recipe NOT work…that sucks! On all my projects I work with a tester extraordinaire, her name is Kendra McKnight, and she’s in the kitchen every day working out the kinks of the recipes I publish. For Claridge’s, for Joe Beef, for Alps, Frasca and for another upcoming book about Mandy’s. I think we test over 300 recipes a year.

CS: I want to ask you about your current project, alpine cooking. You’ve been praised for your ability to adapt your voice for the book you’re writing — Claridge’s sounds way different from The Art of Living According to Joe Beef, for example. How have you found the experience of writing a cookbook on a rarely covered subject in your own voice?

ME: It’s been pretty awesome and obviously just more direct, and there is no bridge to cross with someone else. At the same time, it hasn’t felt much different than the other books. Writing non-fiction is a lot about asking questions: What am I trying to convey here? How do I present this story? What are the important bits? Is this intel relevant? It is much more solitary, though, which can get intense.

With Alps, I was alone a lot of the time not only at my laptop typing but also in mountain refugio’s at 3,000-metre elevation and then there was the whole driving across the four countries aspect…I will say with alpine cooking the breadth of the subject has been monumental. When I initially began the project, I was like, “How come there isn’t a comprehensive alpine cookbook out there?” I quickly realized why. It’s a huge undertaking. I was travelling four to five months a year for five years. It’s audacious. And quite expensive.

CS: During your time in the Alps so far, what has been your most interesting revelation in regards to Alpine cooking?

ME: That isolation brings creativity and clarity.

CS: Besides the wonderful books you’ve written, what is a cookbook you think everyone should own?

ME: I like Honey From a Weed by Patience Gray. It’s about a trait I think everyone needs a bit more of: resourcefulness.

CS: You’ve written books for chefs whose styles vary wildly, but one common trait I’ve noticed is that there is an elegance and sincerity behind all the styles. Each chef is driven not by always making a statement, or being “Instagrammable,” but instead by a desire to cook good meals. Since you’re what I would call an expert on the subject, what makes a good meal?

ME: Enjoying the people you’re with. You could be at Paul Bocuse, but if you’re not in good company nor having great conversation, what’s the point? ■

See more about Joe Beef: Surviving the Apocalypse — A Cookbook of Sorts here.