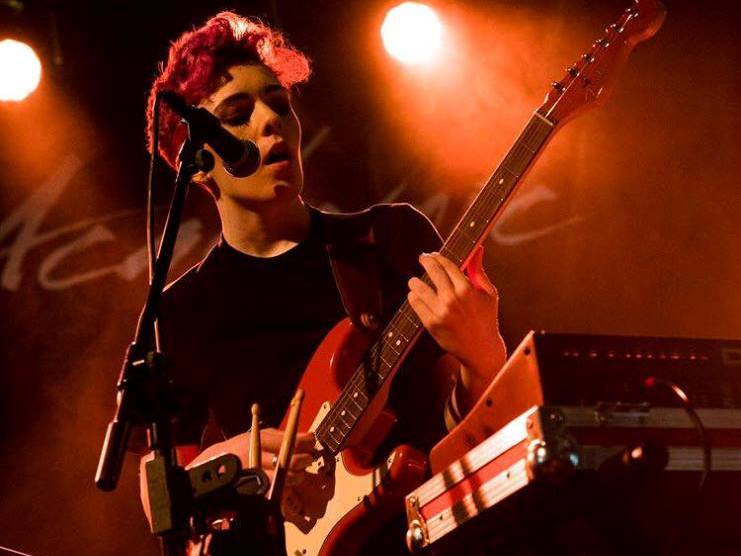 Mixing business and pleasure is what M for Montreal is all about, according to the festival’s head programmer Mikey Bernard.

His function, as he sees it, is part local-scene cheerleader and part “M for Matchmaker” — matching bands from Montreal with international delegates that may book or sign them.

But for the music fans that come out to see some of the 100+ bands playing Montreal’s small local venues over four days and nights, M is more than a series of industry showcases — it’s a gift for fans of the local scene, as well as an opportunity to catch a carefully chosen batch of international acts that makes up roughly 20 per cent of the program.

“We like bringing people together,” Bernard says, explaining that music fans making discoveries and artists connecting with other artists is as important as the overtly business side of M. “Music is changing so much — it’s incredible — and I feel like we’ve been part of that change.”

As a “West Coast kid” (Bernard is half Québécois and grew up in California), Bernard has always been a fan of hip hop as well as indie rock, and while he bemoans the fact that the Montreal anglo rap scene isn’t getting the respect it deserves, he feels that the recent surge in rap-Queb is as exciting as the indie scene explosion of 2005.

“The whole hip hop revolution to me is the same as what I went through with Arcade Fire and that scene,” he says. “I love it. I feel something happening, I feel things moving in the scene. The producers, the rappers are getting better and better. I’m seeing these kids grow up and go from playing Quai des Brumes all the way to Metropolis, and that shift in local hip hop is so refreshing.”

This year’s program represents the shift more than ever. Over its 13 years, M for Montreal has increasingly shown support to local hip hop in both languages, and Thursday’s show at Club Soda will allow anglo and francophone audiences to mingle: Rouyn Noranda born-and-raised anglo rapper Zach Zoya (who appeared on the cover of Cult MTL this month — see our interview with him here) will perform alongside his Disques 7ème Ciel labelmate Fouki and fellow local Rowjay — both of whom rap in French.

When asked what local acts on the program he’s most excited about, Bernard cites West Island rapper Maky Lavender —who’s playing M’s Ghostclub Records showcase at le Belmont on Friday, Nov. 16 and also opening for Lou Phelps on Nov. 9 and Shad on Nov. 23 — as well as psych/indie rock band Pottery, who play Casa del Popolo on Saturday. “To me those are the freshest kids on the block right now — I’m in love with them,” he says. But Bernard is equally excited about the international side of the line-up.

“This year, more than ever, we’re bringing in international bands, from Catalonia, Greece, Latvia, Chile — a lot of bands that haven’t been here before,” he says, expressing particular enthusiasm for the Irish showcase on Friday. “This girl named Roe, she’s 18 years old, she does everything herself on stage and there’s something special about her. She (played M) last year and she’s coming back this year.”

As much as he tries to play matchmaker for artists and pros, and artists and audiences, Bernard encourages local music fans to take a gamble on the festival shows, even get a little out of their comfort zones, genre-wise. A few of the shows are free, and all are affordably priced — what better time to catch up with a music scene that keeps growing? You never know. As Bernard puts it, “M for Magic can happen.” ■