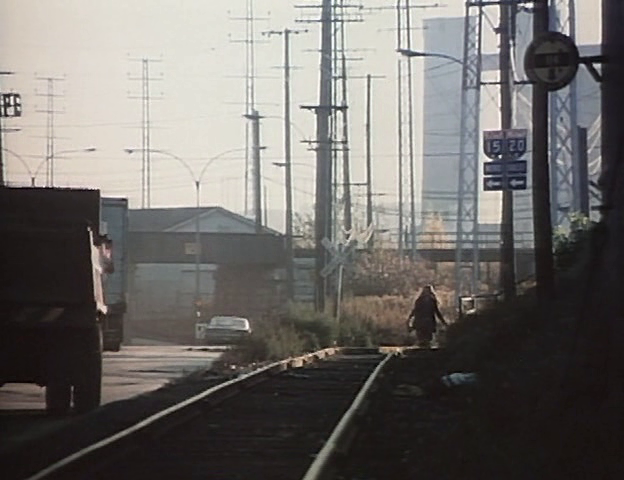 Does Montreal play itself? Sure does, although the title proves to be a bit of a misnomer as the film is in no way centred around the East End — even if you go by 1976 rules, wherein everything east of St-Laurent was considered the East End. It does give the movie a snappier title, however, than the more accurate Montreal Hustle.

Most egregious local landmarks: It’s a low-budget movie that takes place chiefly at night, so exteriors are not prominently featured, but what little there are do come across as very recognizable. The Orange Julep, Square Victoria, the Palais des congrès, the Seaway Motor Inn (the hotel on the northeastern corner of Guy and René-Lévesque, now boarded up) and Place Jacques-Cartier (and the defunct Hotel Nelson) all feature prominently. The exterior of a dingy tavern named the Balmoral is spotted; the building next door is a Portuguese restaurant named Solmar, which is where TRH-Bar now stands. (The Balmoral building has since been replaced with the one housing the 4 Frères extension.)

Notable local talent: The cast is made up of people who would go on to have varied careers in (mainly) French theatre, television and movies; people who would never act again and people like Allan Moyle or Jack Blum (Spaz from Meatballs)  who would go on to have careers doing something else other than acting. It goes without saying that the most egregious and notable of these is the first (and, until a cameo in Guillaume Lambert’s Les scènes fortuites, only) acting role for Dollar Cinema owner / one-time mayoral candidate / all-around character Bernie Gurberg. He plays Johnny Silver, a Neil Diamond-type entertainer who gets roped in to one of the many criminal schemes that East End Hustle has to offer. Gurberg is unmissable, though his performance makes it clear that he did not land the job thanks to years studying Stanislavski Technique.

Almost all of the films I’ve watched for this column have been American; some of them have been co-productions, and all of them have been English-language. The reason for this is pretty simple: francophone productions are much less of an anomaly than visiting ones, and in truth, the great majority of anglo Canadian film production was done elsewhere. Some of the films covered gained relevance with the years, such as when David Cronenberg pogo’ed off a couple of low-budget horror movies into being a major Hollywood player, thanks in major part to many of the same talents that made East End Hustle possible; others have not. East End Hustle exists in a bizarre in-between space where, for all intents and purposes, it is an independant, anglophone Québécois production made by people who considered themselves Montrealers at the time. It is no different than something like, say, Boost, which would fall out of the purview of this column. 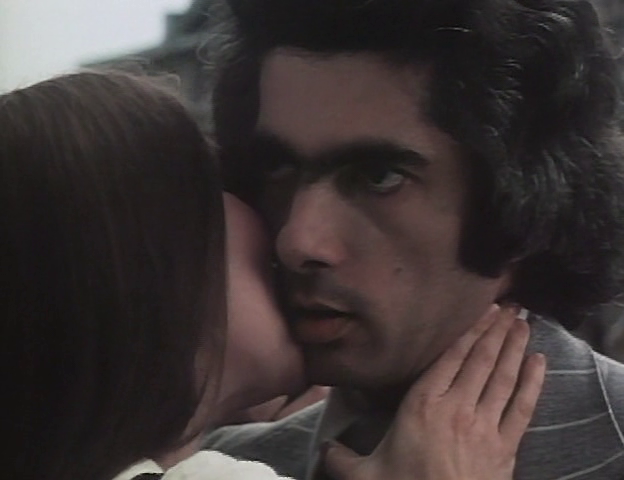 I’ve decided to include East End Hustle for a couple of reasons. The first is that productions of this type were fairly rare at the time; though the tax-shelter years would definitely jack up the number of exploitation and genre films made in Montreal, those were made with real money, a luxury that this film does not benefit from. East End Hustle is scrappy and sleazy in a way that suggests we would probably not be sitting here discussing it if it weren’t for the second reason I chose to cover it: the fact that, since the DVD era, East End Hustle has been relatively easy to find thanks to the involvement of Lloyd Kaufman and Troma. Thanks to a pre-existing relationship between director Frank Vitale and Kaufman (the American-born Vitale was present in the very early days of Troma, clocking a few producer credits on their very early, pre-East End Hustle productions), Troma distributed the film on DVD and continues to distribute it now through streaming platforms, which means that this otherwise likely-to-be-forgotten movie can be “enjoyed” (more on that later) by all.

Frank Vitale had already directed Montreal Main, a sensitive drama about junkies and misfits living on St-Laurent (above what is now Bagels Etc., in fact), when he made East End Hustle. Vitale was present when Montreal Main was screened at the defunct Blue Sunshine micro-cinema some years ago, and though it’s been way too long for me to accurately quote him regarding East End Hustle, I do recall him saying that they considered it a commercially skewed project. (This was apparently an opinion shared by Vincent Canby at the New York Times when the film opened there in 1979.) 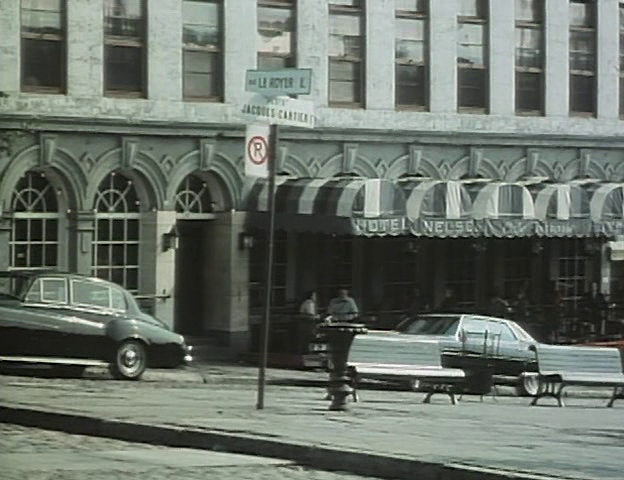 Before the heyday of film festivals and home video, it was unlikely that a tiny low-budget production like Montreal Main would really get seen. The easiest way to sell a movie that had no stars and no real production value was to make something that could play in drive-ins, the bottoms of double-bills and other seedy joints — some of which were almost definitely in the East End — and that’s exactly what Vitale and pals did here. (The film was also an early Don Carmody production; Carmody, then under the employ of Cinepix, produced many of the early B-grade classics shot in Montreal before moving on to Hollywood, where he produced stuff like Pompeii, Goon and the Resident Evil films.)

East End Hustle therefore comes across as half gritty and naturalistic exposé of the dark side of society and half tasteless sleaz-o-matic grindhouse flick centred on nudity and brutality. These two halves co-habit somewhat uncomfortably in the final product, which constantly punctuates a relatively even-handed and even sympathetic approach to sex work with rape scenes and gratuitous violence that’s presented so matter-of-factly that it’s unlikely to play to the trenchcoat crowd it’s supposedly meant to entice.

Marianne (Ann Marie Provencher) works in the schmatte trade to support her siblings and her drunken lout of a father. Sexually abused by her boss at the factory, she’s introduced to Dan (Miguel Fernandes), an extremely oily pimp whose main order of business is supplying sex workers to politicians, entertainers and other millionaire types. Dan thinks Marianne would make a fine replacement for Cindy (Andrée Pelletier), who has decided to escape Dan’s grasp ever since one of her colleagues turned up dead after going to Dan claiming a john had beaten her. (If you’re keeping track, this is an extremely good reason to escape). Before Marianne can really agree to anything, Cindy swoops in and saves her from Dan, taking her to live with her and boyfriend Peter (Moyle) until the whole thing blows over — which it does not. 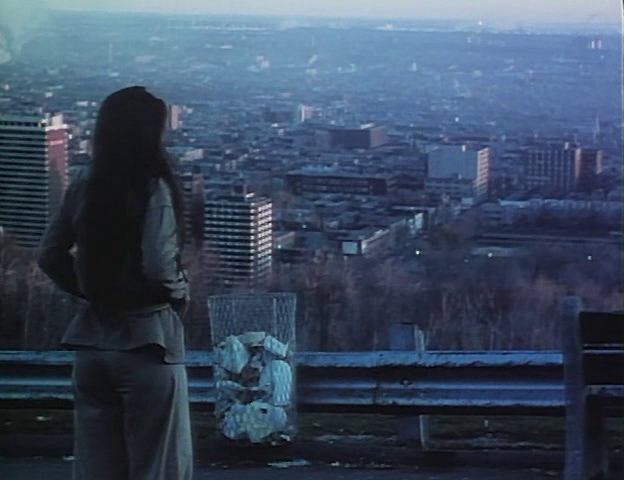 It’s clear that East End Hustle is made by people who aren’t simply interested in grinding out some shit for the 42nd Street meat machine. It has a relatively complex story and at least attempts to give the characters a bit of a fleshed-out background before zooming in on their bare breasts. It attempts to balance out the sexual violence with some more “tasteful” lovemaking, which is at least a commendable effort even if those scenes are extremely drawn out. It’s also clear that the film has limitations both conceptually and budget-wise, from the extremely variable performances (research seems to suggest that some supporting players were probably just artist friends of the filmmakers, like poet/publisher Ken Hertz) and the overabundance of narrative padding, to the sometimes bizarre locations, betraying a sort of work-with-what-we’ve-got spirit. I like the scrappy DIY esthetic, but in truth, it’s not super well-suited to what essentially boils down to a rape-revenge melodrama, making the film’s most prurient elements feel particularly tacky.

East End Hustle does remain fascinating and effective in some ways. Despite its gratuitousness, it doesn’t try to pass itself off as having any moral aim. In fact, the law never comes into it — it’s one of the rare crime movies from the period in which cops absolutely do not figure. I don’t know how accurate it is as a time capsule — Vitale and Moyle (who co-wrote) don’t strike me as the kind of guys who are writing from experience here, and the film has a real ripped-from-tabloid-headlines feel that’s undeniably appealing. Whatever you want to make of it, East End Hustle’s splintered appeal was already part of its DNA. There are better films if all you want is mid-’70s Montreal sleaze and there are better movies if what you want is well-observed slice-of-life filmmaking from the gutters of the Main, but if you need both, it’s all here. ■ 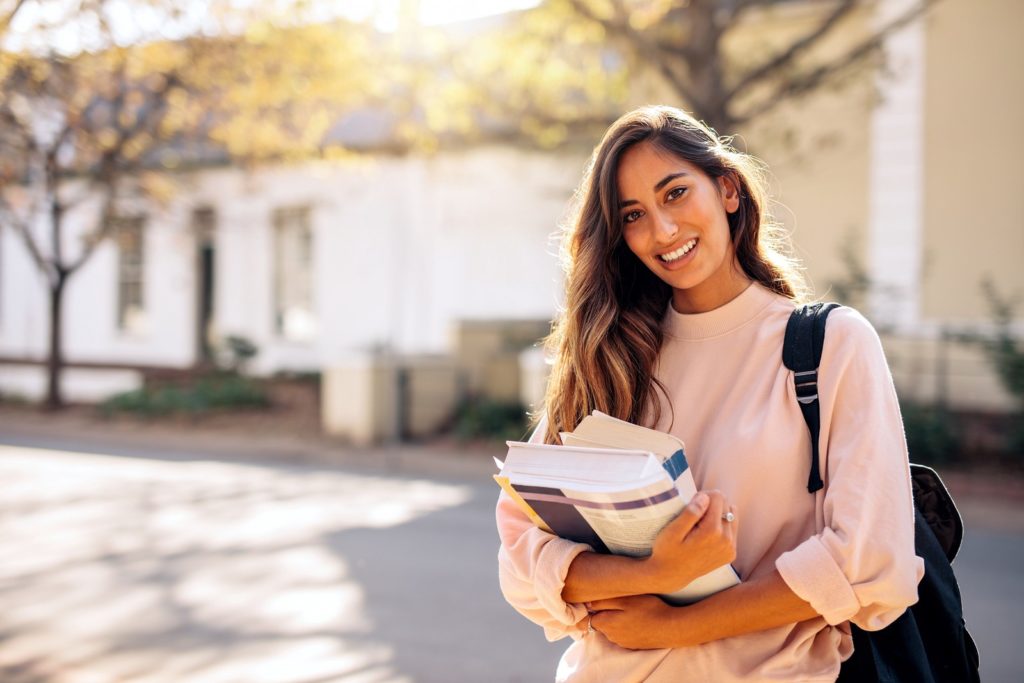 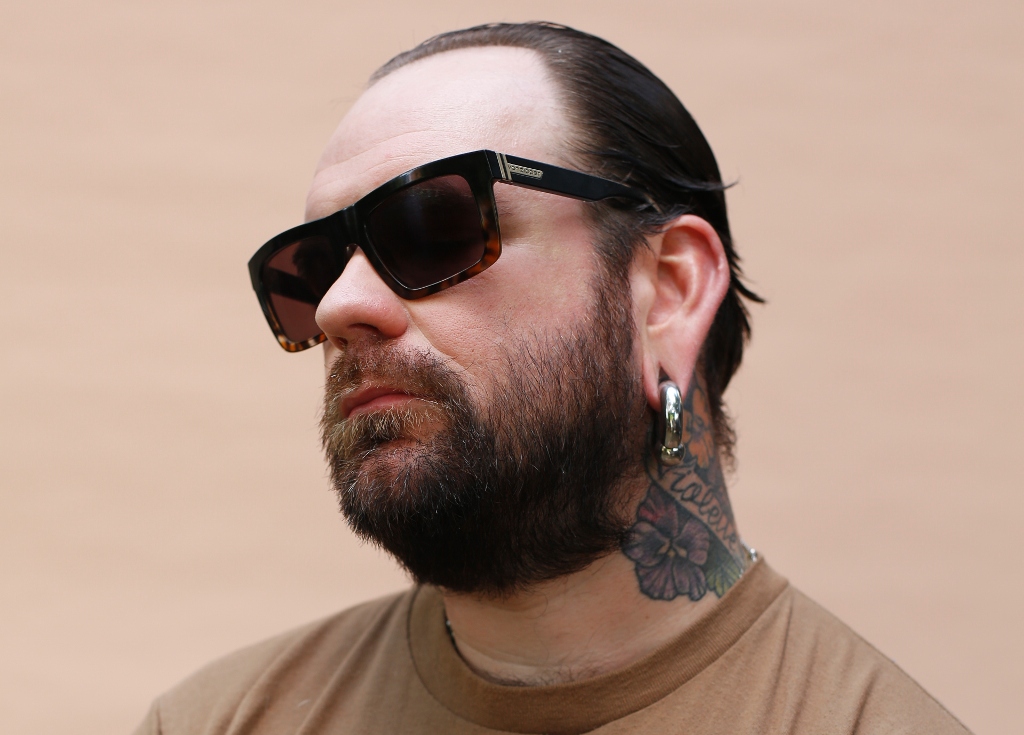