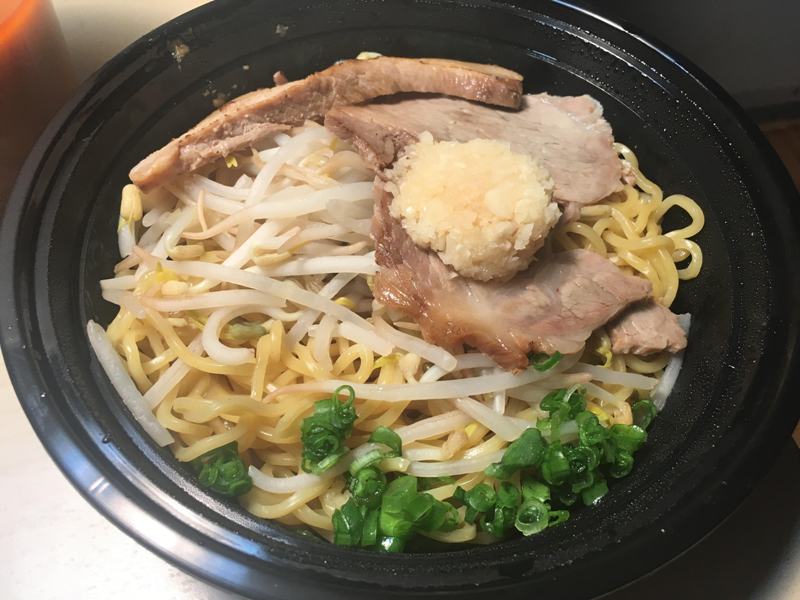 Of all the food trends that dominated last year and are projected to continue well into the future, delivery is king.

Uber Eats has added a whole new range of restaurants to what was already available from delivery services like Just Eat and À la Carte Express, absorbing the older ways of bike couriers and grizzled operators working phone lines.

We here at Cult MTL decided to put the trend to the test by ordering up food that previously wasn’t as available as it is now. In some cases, maybe it should have stayed that way.

When Uber Eats was a newfangled thing in Montreal, my girlfriend and I opted for one food that doesn’t travel well: Brunch, delivered from the St-Henri hotspot Arthurs Nosh Bar. Bypassing their line-up seemed like a great idea on the surface, but unsurprisingly our freshly prepared breakfast sandwiches on challah bread lost a little bit of lustre on their five-kilometre trip. The sandwiches were about the same, only slightly deflated and a tad soggy. The silly thing about brunch is it’s the kind of food that needs to be eaten on the spot or you’re better off making it at home. That said, Arthurs might be considered the cream of the crop brunch-wise in this town, but would you really eat it after it’s been sitting in someone’s car for an hour? On the other hand, the latkes could probably survive a nuclear blast and were mostly fine, even with some lost crispiness. For the longest time I assumed the overall lack of flavour or even salt in my breakfast sandwich was a result of travel, but about two months later I went to Arthurs in person and can safely say that’s just their M.O. (Erik Leijon)

Pho is best assembled immediately before it’s eaten, with the meat, noodles, sprouts and seasonings served separately from the broth. This is what makes Pho Anh Linh’s delivery and takeout so good. The broth is delivered in a separate styrofoam container from the other ingredients. This is an ideal format particularly for the “rare beef” soup, as the lightly cooked meat stays tender and is further cooked in the broth at home. One word of warning—the bowl for assembly is not included, so do your dishes while you wait. It’s never a bad idea to keep a bottle of Sriracha hot sauce in the fridge for those last-minute soup deliveries on cold nights — no condiments were included. Recently opened on St-Laurent, Anh Linh has fresh ingredients and a wide range of soup options and appetizers. They delivered in under 30 minutes within the Plateau so the broth was nice and hot on arrival, and it didn’t seem like the beef had been in transit too long. (Rob Jennings)

Maybe you’re like me and have been squeamish about the idea of ramen being delivered to you. Why spend over $20 to have something brought to your house when you probably have a 30-cent package buried in the pantry? Because it’s still 10 times more delicious. I used an app to order Kinton Ramen — a downtown spot I’ve enjoyed among nearly every other — at a distance of just over four kilometres and it took roughly 45 minutes to arrive still warm at my front door: spicy shoyu broth with pork and a side of fried gyoza. The soup’s separated to prevent the noodles inflating with broth, and once tossed together, the delectable flavour’s certainly still there. My issue is that without the broth hot and immediately added to mingle with the ingredients, it felt this was something you’d only spring for with a major hankering. I mean, isn’t not having to turn on my stove the point of this? When you’re looking down into the plastic bowl of barely-warm meal, it doesn’t make the void go away. The same can be said for the gyoza, as they lost their crispness and should’ve stayed steamed. All in all, this and any other delivery for soup is a struggling placebo compared to a trip to the noodle house. (JP Karwacki)

I have a serious love for Mexican food, but I never really think of it to order for delivery — I’ve had a few disappointing experiences at the takeout counter where the 10- to 15-minute return trip would leave my tacos soggy with toppings strewn haphazardly across the container. Of course, messy tacos are still delicious but it was worth experimenting to see how they’d fare from a professional delivery service. I didn’t want to tempt fate too much, so I stuck to a place close by: Arriba Burrito, a fairly new and adorable neighbourhood spot on Mont-Royal E. My order arrived in less than 30 minutes (20 minutes ahead of Just Eat’s ETA), and triumphantly laughed in the face of my skepticism with a trio of double-shelled, fully intact steak tacos cradled upright in an aluminium foil tent, a still-steaming and tightly swaddled cochinita burrito and a tall, frosty horchata made all the sweeter by the fact that not one drop had spilled from its fully sealed container. If the quality of any of the dishes suffered during the trip over, it was too small of an impact for me to notice — tacos, burrito and horchata were all still hot, flavourful and fresh. The package contained no hot sauce, utensils or straw, but that’s okay because I had my own. I’m happy to report that in spite of previous hesitations, fresh tacos shall now enjoy a well-earned position on my delivery speed dial. (Lisa Sproull)