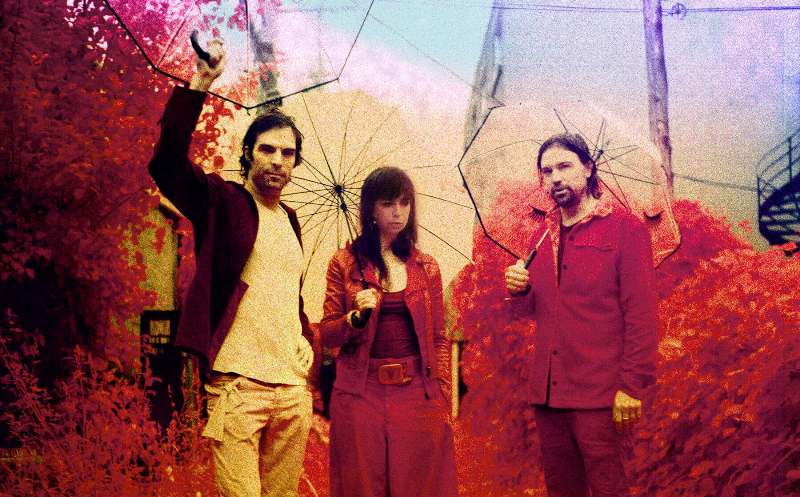 Before Brad and Andrew Barr formed one of Canada’s most acclaimed bands, before they were nominated for Junos and before they hit the road as an opening act for major U.S. acts like the War On Drugs — long before all that — Brad went on a guided tour of a historic Rhode Island mansion while dressed in drag. It was a during a formative period of his adolescence where he and his brother drifted apart for the first time, but one that inspired the title track off the new album that the two Barrs now play in their band night after night while on tour.

Yes, the title track off  their latest LP Queens of the Breakers is a coming of age story that is both intensely specific while also being broadly universal and accessible. Below, Brad shares the story of those formative moments that shape his songwriting to this day, how he and Andrew avoid sibling rivalry while sharing the stage and studio, along with how he’d survive the doom and gloom of the apocalypse.

Kyle Mullin: So I’ve heard the title track on your new album is a homage to the time you and your brother spent in the States when you were younger. Is that the case? If so how?
Brad Barr: It’s specifically an homage to friends I had when I was about 15. It was the first time in our lives that Andrew and I weren’t hanging out that much. Meanwhile, I was making the  kind of of friends that you go through a lot of “firsts” together with. First cigarettes. First joints, First concerts. First girlfriends. Andrew went through that, too, but around this particular time I was 14 and Andrew was 12, and the gap in our interests felt bigger than it ever had before.

So in writing that song, I just started thinking about these friends who helped shaped my life. I started writing this song as an homage to them, and “queens of the Breakers” jumped out at me as a phrase while writing the song. It wasn’t necessarily a name we had given ourselves or anything. But there was this time when we took psychedelics and went to the Breakers mansion in Newport, Rhode Island dressed in my friend’s mother’s clothing, and the grounds people gave us a tour of the mansion. We were just being weirdos, basically.

KM: Tell me more about what kind of weirdos you were.

BB: We were the kind of weirdos that I hope my own son becomes. Just good-natured but provocative people. We felt like weirdos just because we were musicians, we listened to the Grateful Dead and the Allman Brothers Band. Our hair was long and we liked to smoke weed. At that time most kids in our high school were playing football. But we felt freakier.

KM: Most of your fans have had similar experiences, no doubt. Have you ever shared that song’s backstory onstage, and then gotten funny stories or interesting responses?

BB: Not yet. But I’d like to think a lot of them have gone through it, or more interestingly are going through it at the moment. I don’t think we have tons of teenage fans, though, but I do meet a few of them here and there. In fact I’ve given guitar lessons to a couple of them, a couple of younger fans who feel like outcasts in their own high school, where their classmates are listening to, I don’t know what.

KM: Cardi B and Fetty Wap?

BB: (Laughs) Yeah! I guess grindcore or something like that. But the kids that feel like outcasts because they play the guitar and like Aerosmith, I love to meet them. I hope they eventually gleaning some confidence out of their choices.

KM: Who were the teachers that did that for you?

BB: I would actually say that those friends in Rhode Island were probably my biggest teachers. Just because I was very lucky to have a tight group of guys who, when I look back on it, were quality individuals with all kinds of interests. Some loved science, some knew how to survive in the woods. Others were musicians and writers. They taught me so much about trust and camaraderie.

I know it sounds corny, but music has always been the greatest teacher for me. It teaches you humility right away because if you want to improve at all, you have to accept that you’re at the beginning of some kind of journey, and in no way have all the answers, and never will.

KM: A moment ago you mentioned your friends that taught you so much, and how a few who knew survival skills. That reminds me of the line off the Queens of the Breakers song “Kompromat,”  about dragging a buffalo’s head through the street. It sounds so apocalyptic. Have you kept in touch with those friends, in case the end is nigh?

BB: Yes! One guy in particular, he’s all set up in the woods. If shit goes down, or I find myself carrying a buffalo head, I know who to look up. I love singing that line. But it just came out of a dream I had. There’s no meaning or metaphor that I fabricated for it, and I’m still trying to figure it out.

KM: I’d also like to ask you about your inspirations for the song “Defibrillation.” I’ve heard it all started when your mother had an accident and Andrew went to the hospital with her.

BB: That’s right. Mom had a spill. An innocuous fall. It was Christmas Day. We had all been hanging out in the house. Andrew went to the hospital with her. He said the neon fluorescent lights were on, it was late and he was open to something, or maybe it was just his drummer brains, but he heard this machine pulsing, and he registered it and thought about the beat and the resulting rhythms, and the next day he wrote a beat on the drums based on it. He told me about it, played it and sent me the recording. It just accessed something. I could put myself in his shoes, and what he was going through with our mom — who is fine — but it’s the kind of thing that gets you thinking about mortality. Suddenly you feel more aware of it.

The song I wrote on top of this beat— and this is the only time we’ve done this, where he’s sent me a rhythm and I wrote on top of it— I essentially wrote a future time capsule to my son, in hopes that something about me would be explained to him. I don’t know if I achieved that or kept that thread all the way through, but that’s my jumping off point. There’s a family theme in there, I guess.

KM: Did any other songs on Queens of the Breakers begin with something equally evocative that happened to you, and that you brought to Andrew to build on?

BB: Most of the time I’m charged with the lyric writing, and the songs’ structure. But for “The Song That I Heard,” which is the third track, for a long time it was the only song I had for the record. I knew it was going to serve some kind of purpose on the record. Lyrically, it guides me through my first years arriving in Montreal, spilling my wine all over the carpet and just figuring things out. It’s the kind of thing where you could just as easily burn it down as live inside of it. So that song was really personal in that sense.

And Andrew did a great job of helping produce that track, because I didn’t think he could do anything to it. I thought it just had to be an acoustic guitar and a voice. But he heard these horns coming in on it. I thought that was crazy. He saw it through though, and it gives you that feeling on the back of your neck, makes all the hairs stand up. So he produced it in a way that was masterful, I thought.

KM: When you talk about your brother that way, it make you sound like the exact opposite of the Gallaghers (laughs). So how do you avoid that dysfunction and complement each other instead?

BB: Let me hop out of the van for a minute, so that I can answer that question while not being in his company (laughs). So, the thing about playing in a band with your brother, it’s not that we don’t fight — we fight pretty often in fact, a couple of times a week. Working with him in the studio, it can get intense. And the time we fight the most is when we’re coming to the end of a record. He really likes to perfect things. And I’m less of a perfectionist, and more of a ballpark kind of guy — getting it close is good for me. That’s when we start picking on each other. But all we have to do is get it off our chests, and then move on pretty quick.

We snap at each other, but things resolve really quickly. There’s no grudges or resentments. If you have a problem, spit it out, deal with it and move on. That kind of thing informs the way the whole band works. Nobody can hold a grudge here. ■