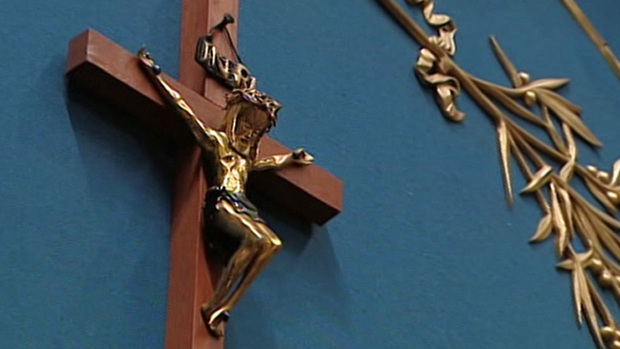 With its “religious neutrality” law now lying in confused tatters, the Liberal government has managed to make Quebec both an international pariah and a laughingstock at the same time.

And you thought only Donald Trump could manage that trick.

Not even Premier Philippe Couillard’s own cabinet ministers can keep to the same message, with the justice and education ministers at odds over whether Bill 62 requires veiled students to uncover their faces in class or exam rooms.

Justice Minister Stéphanie Vallée herself can’t even tell the same story two days in a row — or even two sentences in a row, as witnessed by this exchange with The Gazette’s Phil Authier, about whether veiled women would be allowed to take the bus under Bill 62:

“M. Authier (Philip): In French, you said: Nobody is going to be kicked off the bus. And then, in the same sentence, you said: They would not just get on the bus.

The level of confusion, even within the cabinet, over a law that has been more than two years in the making, “lawyered” up the ying-yang, debated in Parliamentary Commission and then again in the National Assembly under the watchful eyes of Jesus on the cross, is just more evidence that Bill 62 won’t withstand even a cursory legal challenge.

The law and the government’s own constantly changing interpretations of it is so confused that it’s a complete “mad house,” Université Laval law professor Louis-Philippe Lampron told La Presse.

It’s hardly surprising, however, that a law that springs from Quebec’s decades-long debate over the “reasonable accommodation” of religious minorities would be such a dog’s breakfast.

This is, after all, the same province where a public furor erupted in 2007 over the “accommodation” of a group of Muslims visiting one of Quebec’s many seasonal sugar shacks. Not only did the group of 260 have the audacity to request that the maple syrup farm operators substitute chicken for pork in the traditional pea soup, they temporarily took over the dancefloor from a backwoods country singer so that they could pray for 20 minutes.

Rather than taking a smoke break, Johnny Crache stormed out in protest, and trash-radio phone lines lit up with indignation over how Muslims had no respect for Quebec traditions for hearty pea soup.

More recent examples include objections to offering halal meals in hospital cafeterias and worries that Muslim sympathizers might be slipping halal food to unsuspecting unbelievers, since we all know that eating foods that aren’t prepared with “alcohol, lard or vanilla extract” will soon have Quebecers insisting on Sharia Law and burkinis for all at the local Y.

But let’s get back to Bill 62, which is basically the Liberals’ response to the Parti Québécois’s controversial Charter of Values, which sought to eliminate “showy” religious symbols from givers or takers of government services. No turbans, veils, kippahs or bindi dots, and no carrying of crosses bigger than the one on Mount Royal.

A less-discussed aim of the Charter was to “mettre des balises” — to set parameters — for the interpretation of reasonable accommodation in the government workplace and in the offering of public services. On the surface, this in itself is a pretty reasonable idea. When a teacher is approached by conservative Muslim parents and they ask that classroom decorations for Christmas be forbidden, what’s a god-fearing secularist to do?

The traditional response, and one that conforms to the idea that secularity means treating all religions equally, was not to exclude religious symbols but to welcome them all. Happy holidays instead of Merry Christmas, Santa Claus and menorahs side-by-side. Under the new secularism, however, no religion whatsoever can be tolerated in the classrooms of École Notre-Dame-du-Perpétuel-Secours or École Saint-Enfant-Jésus. Unless, of course, such symbols are considered to be part of Quebec’s heritage, which is conveniently and overwhelmingly Catholic.

Even requests to keep children home for religious holidays can be refused under Bill 62, notes human rights lawyer Pearl Eliadis in a recent op-ed piece in The Gazette. “If parents want to take their child out of Grade 1 for a day, because of Yom Kippur or Orthodox Good Friday, for example, the bill states that they will be refused if the request compromises compulsory attendance. For good measure, the request may also be refused for other reasons, including a mysterious principle called the ‘mission of schools’.”

Under the majestic equality of the law, however, Catholic parents could also be refused if, for example, Christmas occurs outside the Christmas holidays or Good Friday takes place on a Tuesday.

The balise argument is bullshit. The last thing we need is government bureaucracy getting in the way of common sense. Quebec already has mechanisms and rules for reasonable accommodation, which our Human Rights Commission defines as “a means used to put an end to any situation of discrimination based on disability, religion, age or any other ground prohibited by the Charter [of Rights]. Reasonable accommodation is an obligation. As such, employers and service providers have an obligation to actively find a solution allowing employees, clients or recipients to fully exercise their rights.” (Emphasis mine.)

This isn’t a carte blanche, however, which is where the “reasonable” part comes in. An employer can be required to provide a ramp or an accessible washroom for a mobility-impaired worker, but s/he can’t be expected to add an elevator to an office in a converted triplex. “There is no obligation to accommodate a person in cases of undue hardship,” notes the HRC. For example: “The cost is too high for a company to absorb; it interferes with the proper operation of the organization; it significantly impairs the security of others or infringes on the rights of others.”

And since letting Jewish kids stay home for Yom Kippur or niqabi women ask directions to the washroom at the Bibliothèque Nationale don’t seem to violate any of those principles, a truly secular state would let them be.

These parameters are already well-established in law, and the HRC even offers an advisory service to help confused employers — like the Quebec government — figure out reasonable solutions.

Now that the Couillard government has withdrawn the HRC’s mandate to manage the Liberals’ cluster-fucked inquiry into systemic racism in the province, there should be plenty of operators available to take Vallée’s call. ■