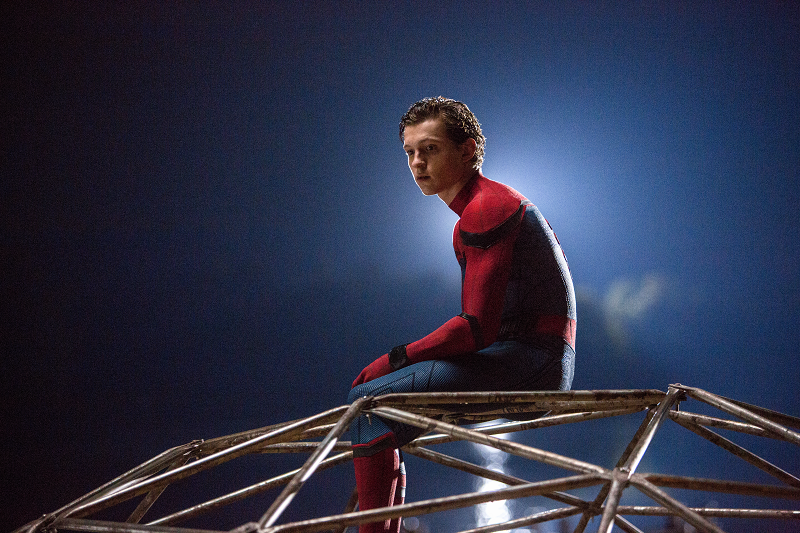 It took me 12 or 13 years of no longer being a teenager to realize that the existential dread of being a teenager comes not from hormones but from the teenager’s fractured relationship to freedom. Over a year or two, you move from being a helpless child who thinks like a child to being a mostly helpless child who thinks like an adult but has very little control over what they do with their time. Bad movies about teenagers focus on how wild they are, how attractive they are, how appealing their sexual awakening might be, how much the broad clichés of high school spark misplaced nostalgia in you and a million other dumb things that should really only apply to teenagers when they’re teenagers. (As someone who came of age in a post-American Pie, pre-death-of-the-music-video world, this has mostly proven to be true.)

Great films about teenagers are about freedom. They explore the space where freedom seems so tantalizing, so tangible, and yet so far away. You’re strong enough to kick your dad’s ass, but it won’t matter because there’s nothing much you can do about it — or anything, for that matter — until you’re 18. The previous Spider-Man movies, competent though they may have been, sort of entirely did away with the fact that Peter Parker was even remotely believable as a teenager by casting dudes who were already a decade out of high school and by essentially absolving Parker of any of the burdens that may fall on a teenager.

Jon Watts’ Spider-Man: Homecoming is thus vastly different in a very specific way — it’s a film about being a teenager who’s also a superhero, and not the other way around. Superheroes basically relinquish their day jobs and normal lives when they decide to serve a higher purpose, but a 15-year-old can’t do that, even if he does have wicked superpowers. You can’t opt out of the rat race if you never got there in the first place. To call Spider-Man a high school movie above all else (as many already have) does sort of underplay the intensity with which the Marvel brand has become ingrained in the very structure of these movies, but Spider-Man is the only other Marvel production besides Ant-Man that actually straddles the two genres it purports to.

Having already helped the Avengers out of a pickle with his particular set of skills, dorky Queens teenager Peter Parker isn’t particularly keen to return to the grind of teenage life. Back at school, he has to contend with the usual: apathetic teachers, a smarmy rich kid bully (Tony Revolori), an unrequited love interest (Laura Harrier), a dorky best friend (Jacob Batalon) and an upcoming quiz bowl in Washington. His mentor Tony Stark (Robert Downey Jr.) keeps him at arm’s length, aware that his talent may come in handy once the Golden Retriever-like teenage enthusiasm wanes, but that doesn’t stop Parker from constantly hounding Stark and his assistant Happy (Jon Favreau) for an expanded role in the Avengers universe. That leaves Parker stuck playing the “friendly neighbourhood Spider-Man”, saving cats and helping old ladies cross the streets until a fortuitous meeting with some thugs leads him directly down the path of a shady arms dealer who flies around in a mechanical vulture suit, aptly named Vulture (Michael Keaton).

Chemically, it’s all there: the very limited tie-ins to the expanded universe, the nods to the comics, the action set pieces dispersed every 20 minutes like streetlights, the villain played by a big star who you’d think is above this (doubly so considering Keaton made a movie specifically about this idea)… and yet, the elements are very different. Homecoming is knowingly and perceptibly dialed-down from its “grown-up” brethren, more focused on humour and characters — but most importantly, it focuses on what’s different about Spider-Man as a character rather than what’s the same. Sure, the entire film is based around whether or not the man in tights will be able to defeat the baddie, but it’s also steeped in the peculiarities of being both a superhuman and a near-human. (For example, the web-slinging is a great way to get around in the city, where you can grab onto tall buildings and swing around. You can’t do that in the suburbs.)

All Marvel movies have comedy in them, but they’re not all funny. Many of them simply float around the general pool of cast-off witticisms thrown around between explosions. Spider-Man is genuinely funny. Funny because it explores the actual physical limitations of being a superhero (like getting the outfit on in a dangerous situation), funny because it casts comedians and comedic actors in what would otherwise be a throwaway role (Hannibal Buress, Martin Starr, Donald Glover, Michael Chernus and Martha Kelly from Baskets all appear) and funny because it never for one second puts the fate of the world in Spider-Man’s hands. The most daring and original move Marvel may have ever done is taking a superhero who could be amongst their biggest properties and give him a teen movie.

It’s not all perfect, of course. It takes a while before Watts seems to know what to do with Keaton. He doesn’t cut a particularly compelling profile as a villain in the early going, though he does redeem himself in the last act with some capital-A acting that makes even the film’s most obvious twists and turns compelling. Throughout the film, Watts seems to deliberately avoid the Marvel brand of confuse-o-matic action scenes, only to fully embrace it in a climactic action scene that’s so generic it threatens to topple the whole thing over. There are many ways in which Spider-Man: Homecoming seems like a fluke — and the much less interesting movie that we could’ve seen peeks through in that last sequence.

In a way, I feel like it’s unlikely that Spider-Man: Homecoming is actually taking the franchise in a different direction. It’s so great that it skips over the overplayed origin story in order to let its characters breathe a little, but it also seems like Spidey has nowhere to go than bigger, broader and duller. Spider-Man: Homecoming is an extremely satisfying bit of business nevertheless — any movie that exceeds your expectations while also being the sixth version of anything is undeniably doing something right. ■