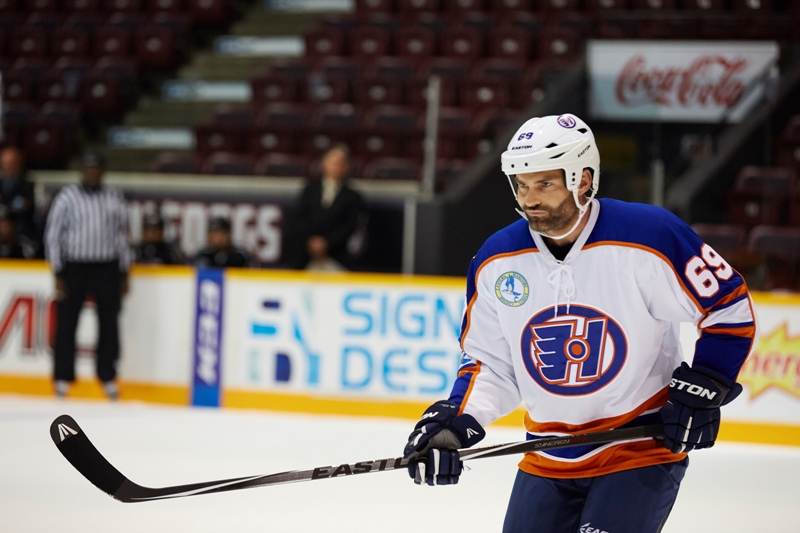 Seann William Scott in Goon: Last of the Enforcers

Just like helmer Jay Baruchel (see our interview with him here), Seann William Scott entered the Goon adventure as a pretty bad skater. Unlike Baruchel, though, he couldn’t quite get around that problem in the same way, since he’s the star of Goon: Last of the Enforcers. Though raised in the Canadian-esque wilds of Minnesota, Scott had never done much skating when he first slipped into the role of the sweet-natured brute Doug Glatt.

“You know, dude, I was so bad in the first movie,” says Scott. “Just terrible. Actually, by the very end of shooting the first Goon, I was starting to get a little better. So I did some training, you know, just got on the ice two weeks before we started shooting this one. Thank God, I had some muscle memory, so I actually enjoyed it! I was in better shape this time around. In the first one, I was kind of a fat fucker, you know? I didn’t work out much, I just gained weight. This time, I thought I wanted to be big, to match the size I was in the first movie, but just not as fat. (laughs) But I enjoyed it, man. You see in the movie, I was able to stop? That’s a big deal for me! (laughs) Before, I was just : ‘Oh shit! Oh shit! Oh shit!’ and then I’d skate right into the boards. (…) One of the things that’s the most impressive, I think, is really the cameras. Those guys had to be so precise. They did a really cool job. I think the hockey stuff looks great.”

Scott also agrees with Baruchel that the second film features a deeper, more contradictory look at the pros and cons of a hockey career. “More than anything, it shows you the repercussions and the reality of what these guys go through,” he explains. “He’s not making a whole movie about that, but I think you have to comment on that.”

On the surface, it seems like Doug Glatt is simply an extension of the kinds of characters Scott has played before. As an actor cast mostly in comedic parts, audiences would perhaps not be entirely misguided to see Glatt as Stifler on skates. Scott disagrees.

I mention that he apologizes when punching people, despite the fact that this is his prime function within the team. A very Canadian trait, to my eyes. “Oh, I’m from Minnesota, I do the same thing,” he laughs. “The first words out of my mouth when I could speak were either ‘I’m sorry’ or ‘Thank you!’

“I wasn’t trained in comedy or anything like that,” he continues. “I just kind of go off instinct. This character is more quiet — he’s not saying funny things or trying to make people laugh, he’s actually always saying things in a sincere way. I liked that. That was one of the things I liked from the first movie, playing a different kind of character.”

All of this brings up the dreaded question: does Scott feel like he’s been typecast in his career? “No,” he says. “Especially not after Goon. I don’t know if you know this, but it was huge in the States. Massive cult hit there, because it was on Netflix. Everybody saw it! It’s the only movie, for the most part, that people recognize me from — other than maybe Role Models sometimes, and maybe sometimes American Pie… But it’s almost always Goon. So that was helpful for my career. People got to see me do something a little bit different. Even if it’s a little bit, that’s always good.

“But, you know, I think I realized a while ago that I don’t really give a shit about being typecast. For the most part, every actor does the same fucking thing. We’re all doing variations of the same shit. There’s just some actors who get lucky to work with the best script of the year with the best director in an incredible part. And you better be fucking good if you have all of those things. So… I don’t care. I love movies and I feel so lucky to get to do this. In comedies, too, it’s kind of all the same guys. You’re gonna have the funny guy who says a bunch of weird, inappropriate shit… and then there’s the more quiet friends. I’d much rather be the inappropriate guy. Those are more fun to play! Obviously, I did four American Pies. (laughs) In the beginning, I was so anxious to try and make the kinds of films that I would watch, because I love movies and I typically watch dramatic stuff… but now, I don’t give a shit. To try and make somebody laugh, even if the comedy is kinda dumb… if it makes somebody laugh when they’re having a shitty day?”

And in that respect, actors have no control over what’s going to resonate — or who it’ll resonate with. “You know Wyatt Russell, who plays Anders?” he says. “Two days ago he’s like, ‘You know what movie I was watchin’? I’ve seen it like three times now. It’s so funny and you’re so good in it: Mr. Woodcock!’ And I was like ‘You’re probably the only person IN THE WORLD who’s ever said that out loud!’ (laughs) There you go. There’s one person who really likes that movie — maybe. I’ve done some that I don’t think there’s even one. (laughs) To answer your question, yeah, dude. Typically, foreign films are my thing where I think, ‘Man, I’d love to play that part.’ Unless I get offered something like Chopper, you know? With the ‘new Andrew Dominik’ and an incredible script and a part like that and someone takes a chance on me and I blow everyone away, that could change everything. But those movies are few and far between.” ■

Goon: Last of the Enforcers opens in theatres on Friday, March 17. 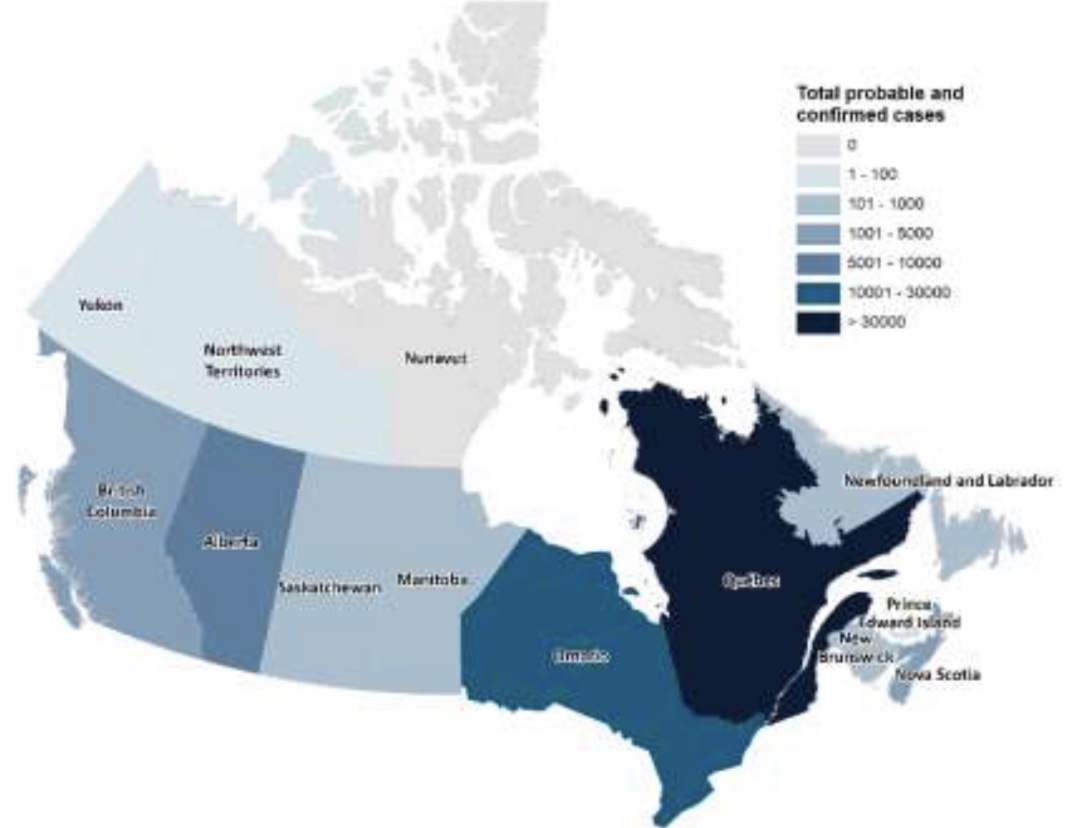