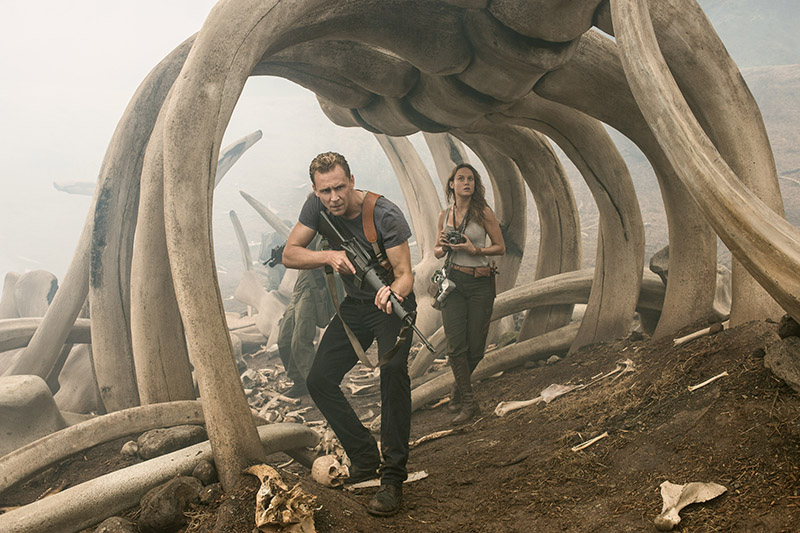 If we subscribe to the commonly held notion that Jaws was the first blockbuster, then we can separate the last four decades of blockbuster filmmaking into three (maybe four) distinct movements:

The first generation to make blockbusters were also auteurs; they were part of the New Hollywood movement, making movies based on the Westerns and serials of their childhood. The second generation was born from music videos and advertising; they made flashier, arguably emptier films that clearly had more studio meddling and more high-concept, movie-star-centric premises. The third generation — the one that arguably doesn’t exist — is a little bit of an amalgam of both, coupled with the out-of-control creativity that led to things like Super Mario Bros. and Wild Wild West; these are the kinds of movies that would never happen today, bizarre meldings of easily merchandisable elements with far-flung, commercially non-viable premises.

The current generation is the one easily dubbed “the Marvel generation”; efficient but not particularly personable filmmakers that have both slavish devotion to source material (blockbusters based on original properties are mostly non-existent) and a sometimes perceptible lack of a personal touch. What looks poised to upend the Marvel generation is one that doesn’t have a name yet, but is very easily defined: filmmakers born in the mid-70s (at the very latest), who move directly from an acclaimed indie movie to an enormous tentpole. These filmmakers, like me, are the first generation to have grown up with home video — and therefore with the possibility of rewatching blockbusters from the first and second generation over and over and over again.

Jordan Vogt-Roberts is very much of that ilk. Cutting his teeth in the comedy scene, he made one indie feature and one concert documentary before being handed the keys to the very expensive Kong: Skull Island. The most pessimistic explanation for that would be that young, relatively inexperienced directors are easier for studios to boss around, but this movie reveals a much simpler reason why Vogt-Roberts may have gotten the gig: he’s fun.

At the very end of the Vietnam war, the American government greenlights an expedition lead by Bill Randa (John Goodman), a government official who works for a shadowy branch of the government named Monarch. The expedition will take Renda, his researchers (Jing Tian, Corey Hawkins, John Ortiz), an expert tracker (Tom Hiddleston), a wartime photojournalist (Brie Larson) and an army escort led by Preston Packard (Samuel L. Jackson) to a previously undiscovered island where, it seems, there could be untold discoveries lurking. What they actually find there, you may have guessed, is not heaps of precious metals: it’s an enormous, pissed-off ape the size of a building, weird snake-y chicken monsters, a WWII pilot hermit (John C. Reilly) and — for most of them, anyway — a grisly death.

Although Kong: Skull Island is essentially a prequel to the story of King Kong, it ultimately shares very little DNA with the story of the original. It’s also about a bunch of people who unwisely wind up on an island governed by a giant ape, but otherwise it has a different approach to the material from previous Kong films, most explicitly Peter Jackson’s increasingly bizarre-as-time-progresses direct remake from 2005. It does seem like the ground is being prepared for some sort of giant-monster shared universe (Monarch also makes an appearance in the middling Godzilla remake from a few years ago), but as it stands alone for now, it also stands to be judged on its own merits.

Let’s start with the bad. With this many characters, most of them wind up being thinly sketched at best. Even the ostensible leads, Hiddleston and Larson, are given very little to work with; actors with the misfortune of being less famous than that are often reduced to a single trait. Though the film is amusingly unsparing in its dispatching of characters, so many of them are essentially so one-note that their sudden and brutal extinction has absolutely no emotional impact. Ditto Jackson’s inevitable slide into being the film’s “real villain”; his motivations are so simplistic and telegraphed that they really add no additional danger to a film that’s already pretty hectic given the deadly situations. The film’s ’70s setting is also practically useless — though the Vietnam war does feature as texture, the setting mostly serves to justify wall-to-wall CCR and Sabbath over every single montage sequence. The setting is presumably also there to facilitate sequels down the line, but its integration into the storyline seems perfunctory at best.

Vogt-Roberts, however, has a surprisingly singular approach to the material: he’s not attempting to elevate or subvert it. He’s making, for better or worse, a rip-roaring, rollicking blockbuster spectacle that rarely pauses to look inward. I suspect that many of those flaws I mentioned above are completely intentional. He indulges the inner preteen gawping incredulously at Jurassic Park’s flurry of monsters and fire and carnage and hones in on those feelings. A lot of Kong: Skull Island is pretty surface-level, but even more of it is really, really cool in a sort of knowingly sophomoric way. There’s a sequence where Tom Hiddleston, strapped with a gas mask and wielding a samurai sword, painstaking hacks his way through a pack of deadly flying lizards while also surrounded with toxic mist. The reasons why this scene has come into being are objectively pretty dumb; the result is objectively pretty cool.

As you’d expect, the influences at play here range much further than other giant ape films. The film’s early scenes recall Apocalypse Now, from helicopters against a blood-red sky down to a tense riverboat sequence. It’s also pretty easy to sense the influence of Aliens and the aforementioned Jurassic Park – I have a feeling if there are super-staticky, nigh-unwatchable VHS tapes in the basement of Vogt-Roberts’ childhood home, those are the titles.

Some blockbusters are cool but they aren’t much fun; not too many manage to be fun without being particularly cool. One could argue that, for all of its strengths, Kong: Skull Island is mostly throwaway popcorn entertainment — they’re not wrong. A film about a giant ape fighting a giant reptile from the bowels of the Earth nicknamed a “Skullcrusher” would tend towards that anyway. If all movies are ever going to be are enormous unspooling messes designed to fit other movies into their convoluted narratives like a multibillion-dollar Russian nesting doll (which appears to be the prediction of certain doomsayers), then Vogt-Roberts has the right approach. ■