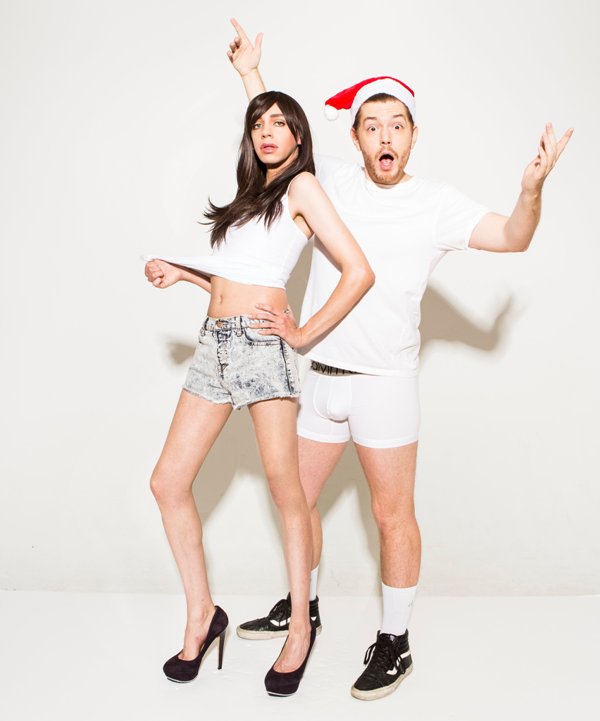 To call Tranna Wintour’s year impressive would be a massive understatement. In addition to making her New York City debut at the Duplex, guesting on Sandra Bernhard’s Sandyland on Sirius XM and co-producing a sold-out OFF-JFL show about local legend Céline Dion, she recently filmed her first hour-long stand-up special for local comedy collective the Brunch Club.

The rest of us barely managed to get out of 2016 alive.

Instead of taking the breather she so desperately deserves, Wintour, alongside collaborator Thomas Leblanc, set out to make this holiday season (as well as the tail end of a tremendously tumultuous year) merrier and Carey-er than we ever thought possible.

The second of Wintour and Leblanc’s shows inspired by the divas of yesteryear, Sweet Mariah: A Carey Christmas brings together some of Montreal’s most prized performers (including drag queen extraordinaire Crystal Slippers and electro group Ghost Love) for a hilarious, deservedly critical celebration of the ostentatious superstar with a holiday twist.

Mere days before the show’s Wiggle Room debut, we caught up with Wintour to talk about Sweet Mariah and her plans to take things up a notch in 2017. 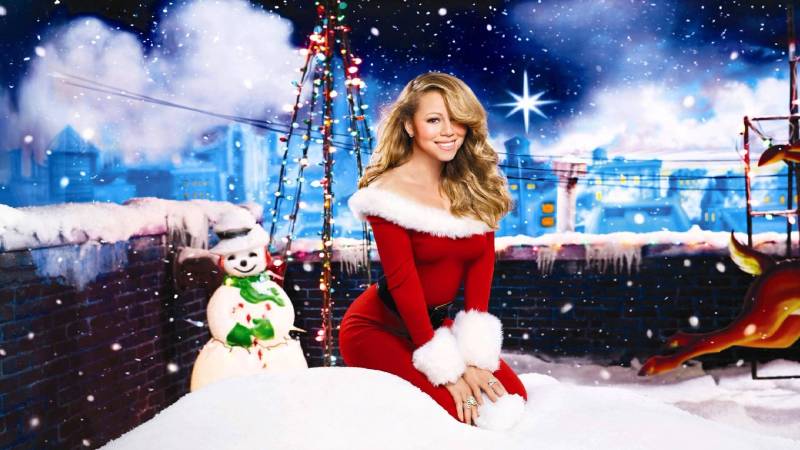 Kelly Kay: What can audiences expect from Sweet Mariah: A Carey Christmas?

Tranna Wintour: Audiences can expect a really magical night of joy, laughter and brightness with a touch of melancholy, cause it’s the holidays and it’s been a really rough couple of months for all of us. Whether you like Mariah or not is irrelevant. It’s more about people coming together, purging the emotions of these recent times and experiencing a moment of pure, mind-blowing, colourful joy.

We have music, a dance number, sketch comedy, performance art, drag… we want to give audiences a full entertainment experience. That’s what Thomas and I are drawn to as spectators – we want to be dazzled. So when we put something together, we want to dazzle people. That’s always the number one priority.

TW: Why Mariah? Because she’s polarizing, she’s crazy and she’s over the top. Because she’s Christmas… she is Christmas. Mariah is a huge part of everyone’s holiday traditions and memories.

She’s also an intensely problematic figure. If Thomas and I continue to do this kind of show, we will always choose a figure that’s polarizing. There’s so much about Mariah and her way of life, especially within this current moment we’re living in, that’s so offensive and disconnected from reality.

KK: In your last diva-themed show, Sainte Celine: A Dion Cabaret, you and Thomas had totally opposing views of the celebrity in question. Does that same dynamic come into play in Sweet Mariah?

TW: Yes, but this time it’s flipped. I love Mariah. For a long time I was really embarrassed to like Mariah. I feel like the only thing I’ve ever been closeted about in my life is my love for Mariah. Now, I believe in loving what you love openly, so I admit to loving Mariah, warts and all. I love the ridiculousness of her. Thomas hates her. I think he’s repulsed by her immaturity. He’s been listening to a lot of her music as we’ve been putting the show together and he’s like, “I don’t feel anything from her.”

KK: Will Sweet Mariah have the same bilingual component that Sainte Celine did?

TW: Thomas believes we need to bridge the gap between French and English culture, especially in terms of comedy because the scenes are so separate, so divided. Thomas is a strong believer in bringing both audiences together, and I agree with that. When you’re putting together a show, you want to share it with as many people as possible, so it’s definitely been a priority to have a French element in the show.

Thomas’s way of seeing it, and he’s brought this up to many comedy clubs and promoters, is that you should be marketing these shows to French audiences as well. Even if you’re putting an all-English show together, don’t make the assumption that (francophones) have no interest in seeing it. It’s just about opening the door and letting francophones know that they’re welcome. Both sides need to do that for each other. They both need to open the door and say, “Come have fun with us.”

KK: What other projects do you have on the go right now?

TW: I just started a new bi-monthly show called Trannavision, which is an underground film screening series with live comedy commentary. I’m choosing films that I think people have a deep attachment to, whether they’re bad or great. We’re skewing towards the bad because it’s more fun to talk about, although I think our next selection, Romy & Michele’s High School Reunion, is a legitimately good movie. The format works really well and it’s so much fun. It’s a chill, easy way for people to come together, hang out and have fun. It’s a great open space where everyone feels welcome and a part of something.

TW: Next year is about tapping into warrior mode. We all kind of have to because a lot of things we’ve taken for granted, the freedoms and acceptance and progress that we’ve made, are under threat. All of us, especially artists and creative people, are being called to something bigger in 2017 and we have to be ready to fight and create and just go for it. ■