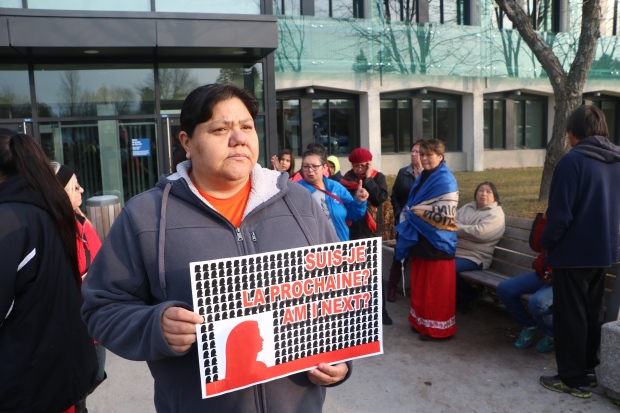 Is Premier Philippe Couillard finally willing to listen to Indigenous demands for a formal inquiry into the stormy relations between Quebec police and aboriginal communities?

That narrow ribbon of hope got a little wider this week after Couillard met with Ghislain Picard, chief of the Assembly of the First Nations of Quebec and Labrador. Asked after the meeting whether he was willing to consider the renewed demand for an inquiry, “I don’t think I should rule anything out,” replied the man who, for over a year now, has consistently ruled it out.

So far, Quebec has instead insisted on handing off the job to the Trudeau government’s heralded national inquiry into missing and murdered Indigenous women. But the heat was back on last week after provincial prosecutors revealed that a special investigation into 37 complaints of abuse by native women and men in Val-d’Or would not lead to charges (though complaints against two former police officers in Shefferville would).

Half of those complaints, explained the prosecutors, involved 19 cases where the complainants couldn’t identify the officers they accused of crimes ranging from sexual assault to “starlight tours,”  where they were driven far out of town and left to walk back on their own. Sometimes the complainants said they were too frightened to retain details, others were too inebriated, but the bottom line is you can’t file charges against unknown suspects. In two cases, accused officers weren’t in town when the incident was alleged to have occurred. Whether that was due to a mistaken identification or a mistaken date, prosecutors felt it created all the “reasonable doubt” that an accused would need to avoid conviction.

“The fact that no criminal charges are being laid in some cases doesn’t necessarily mean the alleged events didn’t happen,” prosecutor Nadine Haviernick told reporters. “Rather, it means that the evidence we have won’t let us file criminal charges.”

The lack of charges in the Val-d’Or incidents are being described by some as sending a message that First Nations women cannot have faith that they will see justice from the settler legal system. Unfortunately, that message applies to women of all origins, as we saw so clearly in the Jian Ghomeshi trial, where that judge, too, concluded that although there wasn’t sufficient evidence to convict, that didn’t mean the sexual assaults the former CBC broadcaster was accused of didn’t happen.

Our criminal justice system requires the state to prove “beyond a reasonable doubt” that someone accused of a crime actually committed it. That’s often a tough row to hoe — as it should be — especially when there is no physical evidence and no witnesses beyond the accused and the accuser. To ask the state to proceed with charges when there is little likelihood of a conviction would not be doing the victims any favours. In our adversarial court system, intimate details of their lives would be exposed. They would be forced to publicly relive their assault while experienced defence lawyers commit a second assault, doing their damndest to shred the victim’s credibility. While the accused has the right to avoid this public interrogation, the victim does not if they want the case to go forward.

While this makes the willingness of these 21 women and seven men to come forward all the more admirable — especially given the likely backlash from angry local cops — it’s hard to see how justice or Indigenous communities will be served by watching the system inevitably fail them yet again.

It was encouraging, though, to see that Couillard, in discussing First Nations demands for an inquiry on Tuesday, talked about “addressing this underlying issue of systemic racism” without adding the words “so-called,” “alleged” or holding up his fingers to signal air quotes. That’s farther than either Parti Québécois leader Jean-François Lisée or Coalition Avenir leader François Legault have been willing to go (though, unsurprisingly, Québec solidaire has been onside from the beginning).

Much of the Quebec political class, ever wary of attempts to portray the province as more racist than elsewhere, has actively resisted acknowledging that systemic racism exists here despite overwhelming evidence (here and elsewhere) in the form of unemployment, incarceration levels, malnutrition, mental health, addictions and dozens of other indicators of clear, racially based inequity. The way Indigenous people (and other minorities) are perceived by our predominantly white settler society means they are often the victims of bias in everything from healthcare to police to housing. In places like Val-d’Or or even in St-Henri, negative stereotypes prevent people from being seen as individuals while positive cultural traits are misunderstood or misinterpreted, shyness is confused with deceit, fear with guilt.

When Couillard said that this underlying issue of systemic racism can’t be ignored, he was acknowledging what Quebec First Nations communities have been saying all along. Unfortunately, his own government derailed a process initiated under the former PQ government that was looking into the issue. On Monday, Viviane Michel, president of Quebec Native Women, said that “upon his arrival in power, the Couillard government put an end to the work that was already underway to develop an action plan on discrimination and racism towards First Nations. Why? What are they afraid of?”

Now, however, even the woman the Couillard government appointed to ensure the fairness of the Val-d’Or investigations — human rights lawyer and Laval University professor Fannie Lafontaine — said in her report that “in failing to recognize systemic racism, the legal system continues to enact a type of objectivity which perpetuates an unequal social order that police officers are actually trained to uphold.”

The Globe and Mail reported that Lafontaine “believes that criminal prosecution should not be the final avenue for seeking justice. Criminal cases set a ‘very high’ bar for evidence, and the issue of mistrust between natives and police extends beyond the scope of a trial.”

“A criminal investigation has a very limited objective: It has to find a crime, a victim and a guilty party,” added Lafontaine in the Globe story. “We need to shed a light on the underlying causes of the social crisis, so that there is collective justice in Val-d’Or.”

Lafontaine’s statements added significant weight to the push for an inquiry, which would look into issues that are well beyond the mandate of the federal probe and which, in any case, only the province has the power to resolve.

“There are good things and bad things when you set up a public inquiry,” Couillard told CBC. “The good thing is you put it out in the open, which is always a good thing. The bad thing is it takes years, sometimes, before you have practical actions on the ground.”

But an inquiry need not be an excuse for inaction. The Quebec government took plenty of steps to curb sleazy political campaign financing even as the Charbonneau Commission was looking into corruption. And this week the SQ announced it was creating a new police station in Val-d’Or that would be staffed by Indigenous and non-Indigenous officers who would be responsible for policing involving First Nations communities. Whether this pilot project can help repair the huge rift remains to be seen, but as Picard told CBC’s Daybreak, it won’t replace the need for a public inquiry.

The decision to not press charges in Val d’Or should not be seen as the end of this story, but as the beginning of a new one. A story in which members of Indigenous communities are able to relate their experiences without threats or derision, where witnesses aren’t treated like they’re the ones being accused of crimes and where fair-minded women and men seek solutions that respect the cultures, traditions and the dignity of the people our justice system is supposed to protect.

And maybe, just maybe, we will finally hear a story that offers a happy ending. ■