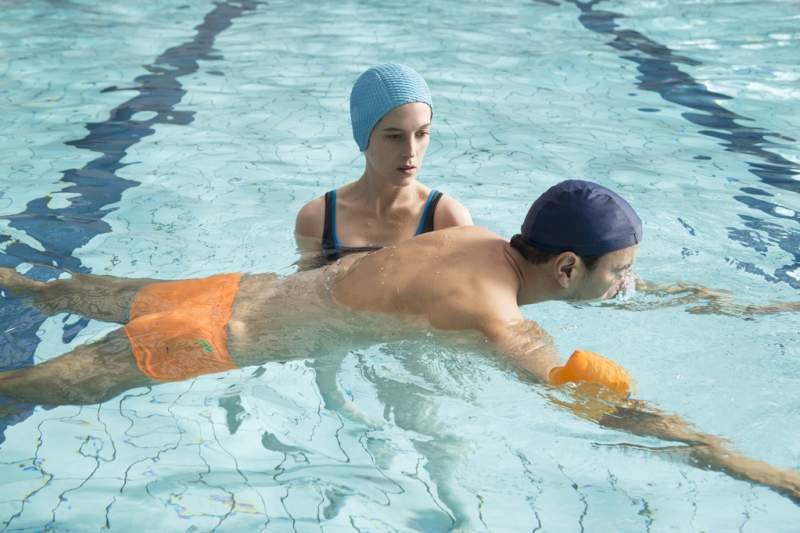 Some artists can punctuate their own death with a final statement, a Blackstar that ties it all together, but not everyone has that luxury.

Filmmakers rarely end their careers with a fitting swan song, but then again, a filmmaker’s oeuvre shouldn’t be held against their final statement. Franco-Icelandic director Solveig Anspach passed away from cancer at the end of 2015, ending her prolific career on the slight rom-com The Together Project, an amiable if instantly forgettable trifle.

Samir (Sandler-like hangdog Samir Guesmi) is a crane operator who crushes hard on a woman he sees aggressively rebuking a man in a local bar. He learns that she’s a swimming instructor at the local pool, and soon Samir fakes not knowing how to swim in order to worm his way into swimming lessons with the forthright Agathe (Florence Loiret Caille).

The Together Project is sometimes aggressively quirky, working its rom-com clichés (which include borderline-stalkery “cute” behaviour, an international convention, mistaken identities and fuckin’ amnesia) with uncommon gusto. It’s undeniably cute, sunny and hopeful, but also incredibly minor, peopled with would-be zany supporting characters and incredible contrivances that threaten to detract from the film’s otherwise pleasantly straightforward approach. Truthfully, there’s not that much that separates this from any number of commercial rom-coms out there except perhaps Anspach’s relentless positivity — but even that can only go so far. 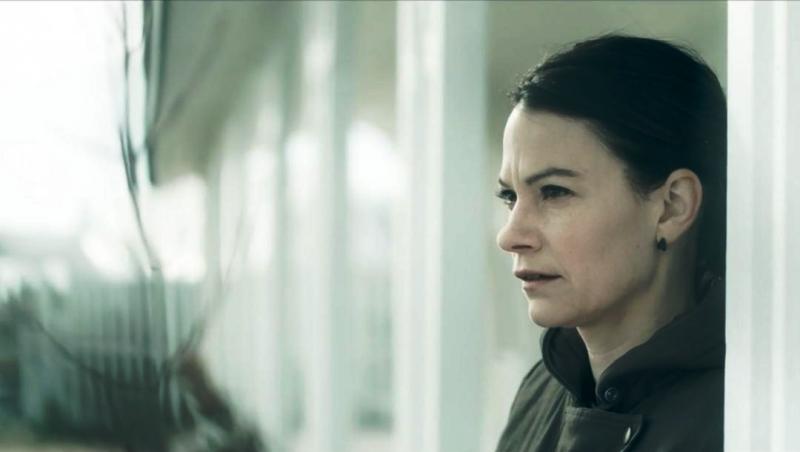 Marc Séguin has made his bones as both a novelist and a painter, which you would think makes him ideally suited to take on the task of film director. Alas, his verbose debut looks great but feels leaden, its script never really popping off the page as it should.

Alice (Fanny Mallette) is the daughter of a First Nations woman (Martha Flaherty) and a white man (Denys Arcand). Melancholy but possessed by a desire for vengeance, she travels the world stealing paintings that she then gifts to those she loves.

Séguin possesses a keen eye for composition and a knack for poetic dialogue, but it sits heavy in a film that’s something like 80 per cent in English but delivered by actors for whom English is definitely a second language. (There are also sequences in Italian and Inuktitut.) The result is florid, dense dialogue being delivered rather woodenly by actors who don’t particularly seem to understand what they’re saying.

It’s not helped by the film’s fragmented, almost experimental structure that owes more to video art than narrative cinema. There’s so much obtuse speechifying that you almost completely forget that there’s something of a thriller plot going on here… or at least the presence of cops. It’s almost like a wordier, even more abstract version of Jarmusch’s The Limits of Control, a film that is almost completely insufferable were it not for its director’s particular peccadilloes shining through. Séguin doesn’t have that luxury, and Stealing Alice is mostly a lumbering, ill-advised mess.