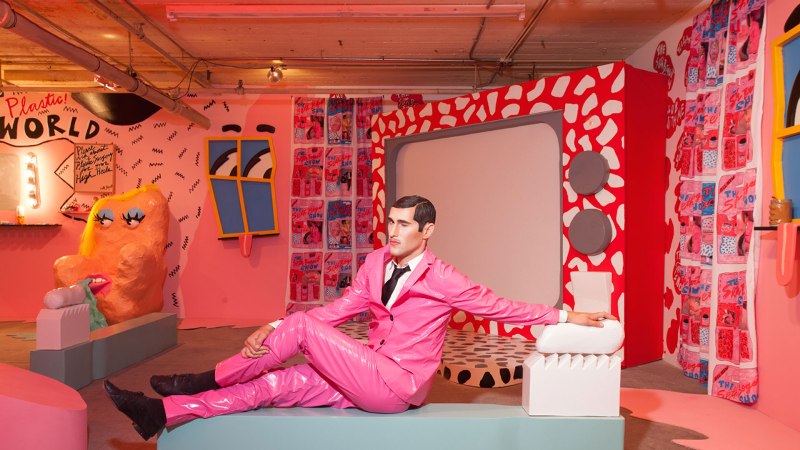 The Plant’s film screening program Chlorofilm is back with a presentation of Rainer Werner Fassbinder’s 1973 sci-fi work World on a Wire. Secret location, 8 p.m., free

The POP Montreal festival begins today! Of the many shows, parties and other events happening on day one, here are our highlights:

POP Montreal’s annual emerging talent showcase Fashion POP  happens tonight at the Rialto. This year’s crop of designers includes A MAN x Cholo 58, Laugh, Markantoine, Onlookers, S3ttl3r47 and Whitewalls Worldwide showing their collections to the public and a jury of industry professionals for the chance to win this year’s Young Designer Award. 5723 Parc, 8 p.m., free but space is very limited so be sure to arrive early!

Over at Brasserie Beaubien, check out some modern Montreal singer-songwriters (and one guy from L.A.): New Media Serious Interesting Band, James Irwin (who moved to Toronto a little while ago and has basically called Montreal “Shabbytown,” but we’ll let that go), transplanted Calgary crew Woodpigeon, L.A.’s Neil Holyoak and Wishkaah, ie. the singer from CTZNSHP — see our interview with him here. 73 Beaubien E., 9:30 p.m., $10

And finally, in conjunction with Cult MTL, POP wraps its first night with a late show featuring four-piece San Francisco band the Seth Bogart Show (who also have a Pee-Wee’s Playhouse-inspired installation at Quartiers POP for the duration of the festival) — you may know Bogart as Hunx from the band Hunx and His Punx, and previously Gravy Train!!!! — along with local “cave rock” band She-Devils and fellow Montrealers (by way of Beirut) Wake Island. Piccolo Little Burgundy (aka the Rialto), 5719 Parc, 11 p.m., $15