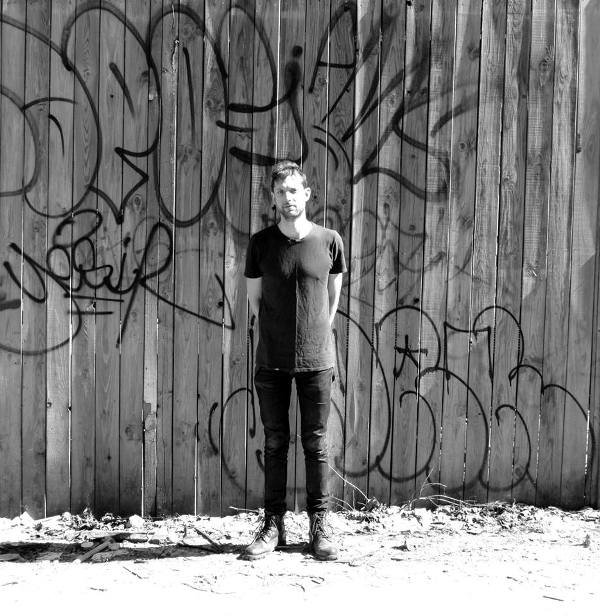 Wishkaah is a solo project by Montreal’s Jesse LeGallais, who some of you will know as the singer for local shoegazey/post-punk trio CTZNSHP. His studio material is steeped in a sonic haze, with a pop sensibility shining through, coloured by a melancholy quality to match the name of the project — it seems to allude to the Wishkah River in Washington State, where Kurt Cobain once slept under a bridge (as depicted in a couple of Nirvana songs).

I Must Be Dreaming is Wishkaah’s debut record, launched at the end of busy summer months that saw LeGallais playing his first cluster of shows. I connected with him ahead of a pair of performances this week as part of the POP Montreal festival.

Lorraine Carpenter: How did you choose the name for this project?

Jesse LeGallais: It reminds me of something that I had forgotten and don’t want to forget again.

LC: Is CTZNSHP on a break, or has the band broken up?

JL: CTZNSHP is slow-cooking. We’re quietly working on new stuff but we have given ourselves no time constraints and a lot of room to breathe.

LC: Did you write any of these songs with the intention of using them for CTZNSHP?

JL: “Ghost Love” was the only song we played as CTZNSHP. It was big and noisy and kind of sounded like the Rentals or Pinkerton-era Weezer. The rest were written for Wishkaah. I was home for a couple months last year recovering from surgery for some nasty burns. I would sit and write as I recorded. It started as one song and then I thought maybe I could record a three-song demo, then maybe a five-song EP and by the end I had a record.

LC: How would you describe your sound?

JL: Spaced out love songs. Wishkaah, musically is a very fluid project. I Must Be Dreaming of You is kind of like Mazzy Star covering Silver Jews. When I play live solo I keep it very minimal kind of like Songs: Ohia. The full band version is noisier and pretty loud, more like the Jesus Mary Chain meets Kurt Vile. The new songs I’m working on sound like Ian Curtis fronting the Durutti Column covering Low. My voice and the way I approach the lyrics will always make it sound like Wishkaah.

LC: A recent live review compared your voice and lyrics to Morrissey — is that an honour or insult?

JL: It’s an honour. I love the Smiffs! [sic, though he might also be referring to the local Smiths cover band].

LC: What are your plans with this project for the next few months?

JL: I’ve got a couple of POP shows and I’m booking a few dates for October. I also need to finish up my new recordings.

I want to play live as much as possible and keep putting out music whether it’s songs or EPs or albums. I have a lot of ideas I want to get to and since I’m a fully independent artist, I can release whatever, whenever I want. I feel like I’m 14 again in my bedroom ripping off Nirvana songs on my four-track and giving the tapes to my friends and family.

LC: Anything else you want to say about Wishkaah?

JL: Sad songs for people who like to laugh. ■