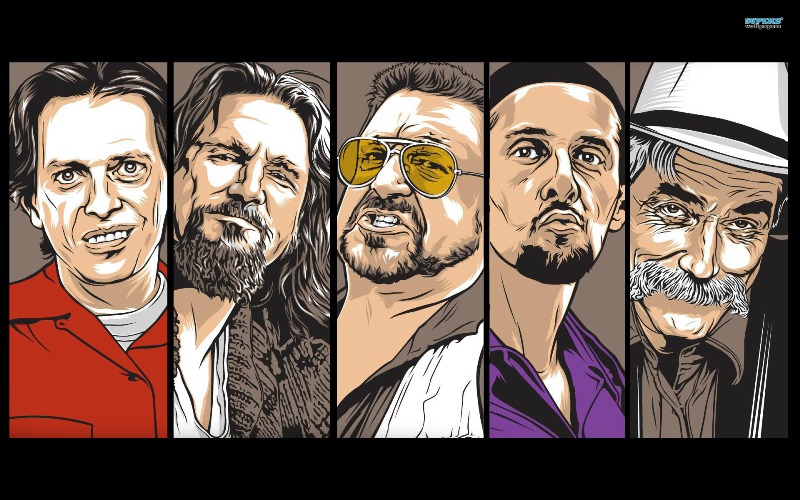 Five characters from The Big Lebowski

For those into animé, manga, cosplay and other aspects of Japanese pop culture, this is the third and final day of Otakuthon at Palais des Congrès. Yesterday’s crowd was possibly even crazier than the crush at last month’s Comiccon, and with today’s major cosplay event in the afternoon, the closing day promises to be a serious spectacle. 201 Viger W., 10 a.m.–6 p.m., $35

Day two of Heavy Montreal brings the noise to Parc Jean-Drapeau one last night in 2016, closing Evenko’s annual series of festivals with headliners Disturbed as well as Napalm Death and Hatebreed. See our connoisseur’s guide to Heavy here. (Note that tonight’s afterparty, featuring a set by Cult of Luna, is happening at l’Astral. See the details here.) 1–10:30 p.m., $82.50/$150 Gold pass

Film noir au Canal screens one of the more contemporary movies in this year’s program, The Big Lebowski (which has a film noir-esque narrative, we suppose), in English with French subs. Square St-Patrick (St-Patrick and Wellington), 8:40–11 p.m.

Whether or not you’ve seen the latest film in the series, Jason Bourne, you can get a refresher on how the franchise began at tonight’s screening of The Bourne Identity (2002) at le Ritz. 179 Jean-Talon W., doors 9:30 p.m., screening 10 p.m., suggested donation $2-$5 (at the bar)