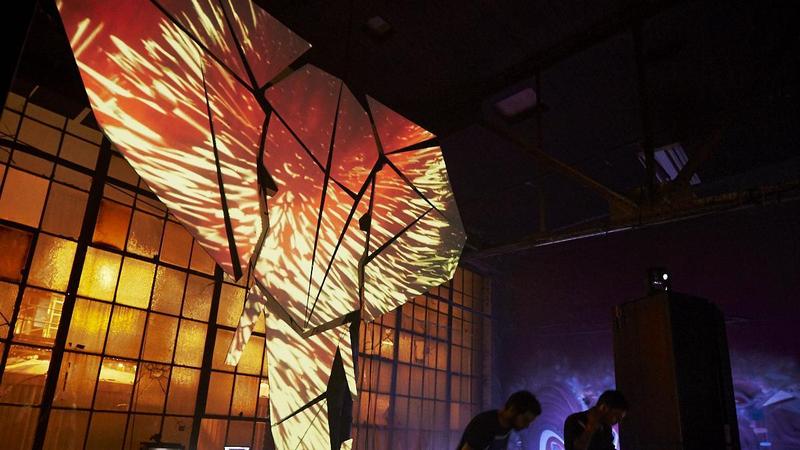 On Sept. 9–11, Montreal party promoters la Bacchanale are mounting the second annual edition of their Ancient Future festival under the stars on three stages at the scenic Quai d’Horloge in the Old Port. Their ambitious program includes international and local DJ/producers specializing in house, techno and other electronic styles — dubstep and related “EDM” subgenres are far from the aesthetic they aim for. (See more about the Ancient Future mandate in our interview with one of the organizers, here.)

To get a feel for the kind of classic and contemporary beats coming to Ancient Future 2016, here’s a video sampler featuring one act from each bill:

DJ/producer Randomer (aka Rohan Walder) has been busy for the past eight years, stitching together bass music and classic techno on his own tracks and EPs, and playing major and minor techno events around the world. Watch his 2014 Boiler Room set, captured in his North London hood.

Tokimonsta (aka Jennifer Lee) is a Korean-American producer based in L.A., known for her electronic/hip hop sound heard on a stack of albums, EPs, singles and remixes since 2010, some of them released by Flying Lotus’s label Brainfeeder. A number of her tracks feature guest vocalists like Anderson Paak and Kool Keith — this one has vocals by Johnny Pierce, the lead singer of NYC indie pop band the Drums.

Joachim Pastor live at We Are Together

Parisian DJ and producer Joachim Pastor, a specialist in a particular style of pop-inspired funky tech-house, has released a string of powerful tracks on labels including the Hungry Music imprint he co-founded, and in sets from all over the European club and festival circuit. Check out this live video from the 2015 edition of Marseille’s electronic music festival.

New Jersey-born and raised DJ and producer Kerri “Kaoz” Chandler is a house music hero — he was one of the originators of the style, known for infusing soul into the sound since the early ’90s. Since then he’s won awards and widespread acclaim for his deep house and future house productions. See his set from last month’s Kappa FuturFestival in Torino, Italy.

Earlier this summer, Montreal producer CRi continued to exercise his chill downtempo skills with his fifth and latest release, Tell Her. Check out a video for a track from the EP, featuring vocalist Gabriella Hook.

Berlin producer and DJ Kobosil has been making noise since his debut EP in 2013, putting out records on important labels like OstGut Ton and playing residencies at clubs including the famous Berghain in Berlin. His debut LP We Grow, You Decline, released this past winter, solidified his reputation for premium dark techno. Check out this EBM crossover track from the record:

Iron Galaxy is Montreal’s Adam Hodgins, a sonic experimenter who delves deep into the realms of house and techno on his handful of singles, EPs, mixes and compilation tracks. Get a feel for what he does live with this Boiler Room/Mutek festival set.

Gab Rhome live at the Lab

Parisian producer Gab Rhome, known for lush and melodic approach to house music on a half dozen releases over the past few years, and for his “decadent” DJ sets. Check out one of his sets, from NYC’s the Lab in the fall of 2015.