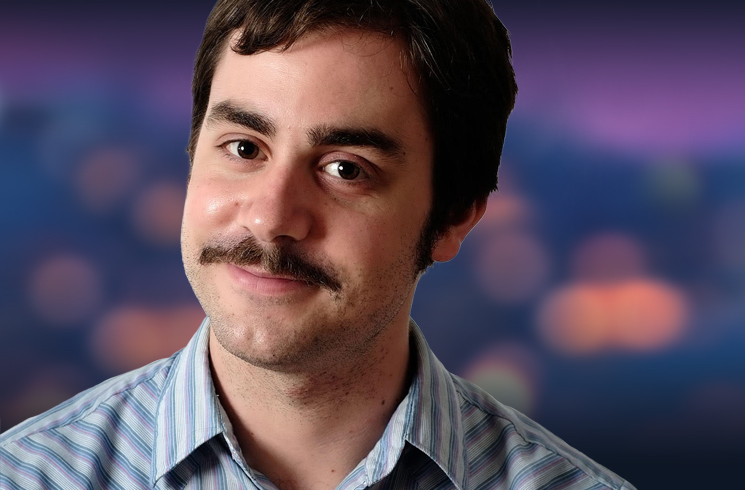 While many Just for Laughs fans have their sights fixed on the international stars that shoot across the Montreal firmament every July, there’s an entire comedy universe unfolding on JFL stages across the city this month, many of which showcase talented comics from our very own star system.

These are the stages that have helped the likes of Sugar Sammy, Mike Ward, Derek Seguin, Ali Hassan, Colin Mochrie and Steve Patterson launch careers that have taken them around the world!

Okay, that’s just Sugar Sammy. But the others have made it to Toronto, Moose Jaw and Rimouski and — more importantly — now manage to pay some of their bills with funny money.

This year some 50-odd comedians, improvisers and sketch performers will be joining the Just for Laughs roster from the ranks of local talent, many of them on a JFL stage for the first time.

Local comedy producer Sasha Manoli has put together no fewer than three shows for this year’s festival, all at the Wiggle Room (3874 St-Laurent) and all under her Brunch Club banner. First up on July 21 is Arts and Laughs, an out-of-the-crayon-box mix of comedy and crafts that has been filling the room at the ComedyWorks on Tuesday nights since last fall.

“We have a sort of best-of line-up,” Manoli explains. “It features local comics who’ve really rocked the show over in past: Eman El Husseini, Brad MacDonald, Emery Fine, Al Lafrance and special guest Mark Little.” Hosted by Jacob Greco, “it’s an arts and crafts comedy event. The comics are given a theme for each show. Based on that theme, they create some kind of art — painting, drawing, sculpture, digital art — that is projected during their set. The results are that comics end up writing a lot of new material that leans more towards storytelling. The audience is sitting at tables loaded with supplies during the show and make whatever their heart desires. At the very end, the host collects the art and judges the piece live.”  The off-beat concept has gained a strong fan following, finishing second in the Stand-up Comedy Night category in Cult MTL’s Best of MTL poll this year.

On July 22, the Brunch Club’s Stand-Up Guide to Montreal takes the stage, with comics narrating a photo presentation of their Montreal. “Not to give too much away, but one comedian focuses on date spots, another each borough of Montreal … each act has a wildly funny and different tour of the city,” says Manoli. The tour guides include Asaf Gerchak, D.J. Mausner, Nancy Webb, James Watts and Iain MacNeil with host Tranna Wintour, a local favourite who placed second (behind Sugar Sammy) in the Best of MTL’s Best Comedian category this year.

Steve Patrick Adams’ Baby Put Me in a Corner tops off the Brunch Club sandwich on July 23. Blending the man-with-three-first-names’ storytelling and animation skills, it “weaves together a personal story of pending birth, loss and fitting one’s life into a pretty okay rental car.” Manoli, who worked on the one-man show with Adams over eight months, says “it’s really a sweet story about a guy whose life is in disarray: his father passes, career isn’t going anywhere and, bam! a baby on top of things.” Baby has filled rooms in Montreal and Toronto and even has its own trailer!

If you missed the Montreal Fringe Festival in June, the Best of Fringe Cabaret July 21 at Mainline Theatre (3997 St-Laurent) will give you a second chance to see local indie acts that rocked the 11-day festival, including theatre, comedy, burlesque “and more!” Puppets, maybe? One can always hope. You’ll have to show up to find out.

Next up at Mainline on July 22 is Confabulation, a monthly storytelling series now in its sixth year in Montreal. True stories told by the people who lived them, free of “notes, props or gimmicks!” This is how Vinyl Café might sound if Stuart Mclean was gagged and tossed in a closet so that the writers could tell their own stories.

The gals and guys at Montreal Improv (3697 St-Laurent) like to live on the edge. Or half-on, anyway. This year’s JFL contribution is 50/50, a show that combines eight actors with real lines — memorized and everything — and nine improvisors “who don’t have a clue.” Havoc and comedy ensue with “some of the best improv comedians in the city” taking the stage on July 24.

Also at Mainline on July 21, 22 and 23, get ready for Sadie Hawkins Day!, brought you by the folks at the Sketch Republic. The main act features “giant lizards, tons of beer, the ‘you can do it’ guy and references to Oceans 11 characters” — all of which sound pretty sketchy to me.  But that’s just the beginning. Each show will include an original sketch set from one of three local troupes. Hot Raw Fire features Danny Belair, Lise Vigneault, Paul Naiman, Jacob Greco and Deirdre Trudeau; Employees of the Year is Emelia Hellman and Ross Wegscheider; and Daniel Carin and Chris Sandiford are founders of the Ladies & Gentlemen Comedy Show at Shäika Café in NDG and the hosts of their own Off-JFL comedy show at Montreal Improv on July 22.

Easy Action and Friends, on July 21, 22 and 23, features Brent Skagford and Marc Rowland, a veteran duo of improvisers, actors and writers who perform, teach and coach the craft to up-and-coming artists at the Montreal Improv Theatre. They’re joined by frequent collaborators Dan Beirne and Mark Little (Mr. D), the Toronto-based creators of the Space Riders and Dad Drives comedy web series. I can’t tell you what they’re going to do, it’s improv for God’s sake! But both teams are fast on the funny fly, giggles guaranteed. ■

For tickets and more information about the Just for Laughs and Off-JFL programming (July 13–Aug.1), go to hahaha.com.