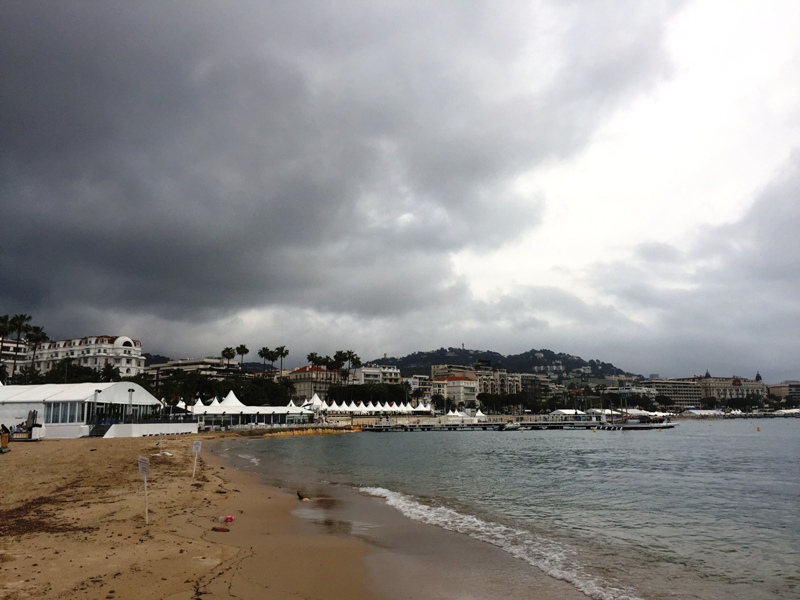 It’s the evening of Friday, May 13, three days into the Cannes Film Festival. By now, most of the guests have arrived, and the crowds have been jamming up the Croisette to gawk at Hollywood stars in evening-wear walking up the famous red carpet. (I still remember being almost squeezed to death on my way to a screening in 2014 by French cinephiles trying to catch a glimpse of Harrison Ford.)

Cannes started in 1946 as the glamourous film fest, in contrast with the other two top international film festivals, which began as political affairs — Venice, launched by Mussolini in 1932, and Berlinale, founded in 1951, at the dawn of the Cold War. Today, glamour is still the thing, as the official Cannes festival Instagram feed demonstrates, complete with the carpet, the gowns and the cocktail parties, although going to another junket means missing what may be a cinematic masterpiece.

The journalists, including yours truly, have settled into the pace of incessant standing in line for screenings punctuated by unlimited complimentary Nespresso coffee shots, and followed by frantic typing in the press room. Even the most privileged reporters — last year, the intricate Cannes accreditation hierarchy drew criticism for its elitism — cannot see every film they want to see. The films are shown in the two main festival sections: In Competition and Un Certain Regard (two parallel programs), the International Critics Week and the Directors’ Fortnight, as well as several select out-of-competition film.

The Out-of-Competition section is usually dominated by the Hollywood mainstream. The opening film this year was Woody Allen’s Café Society, distributed by recently launched Amazon Studios. Allen has never allowed any of his movies to compete at Cannes, but his films have opened the festival several times. Café Society is a light and funny send-up of the Studio-era Hollywood scene of the nouveau riche, the name-droppers and the wannabes — an admittedly shallow world that Allen inexplicably contrasts to 1930s New York “café society” — the rich and famous set frequenting upscale nightclubs in Manhattan. New Yorker idealist Bobby Doorfman (Jesse Eisenberg) stands for the latter. The girl he falls for, Vonnie (Kristen Stewart) is part of the former, represented by Bobby’s uncle Phil (Steve Carell).

In actuality, New York’s white, privileged “café society” was just as superficial and worthy of ridicule as the Hollywood scene. Barney Josephson mocked it in 1938, choosing the name Café Society for his integrated nightclub (New York’s first) in Greenwich Village. A movie about that much more fascinating story has yet to be made.

A brilliant colour palette by cinematographer Vittorio Storaro, famous for Francis Ford Coppola’s Apocalypse Now, makes the film a pleasure to watch. But visuals can’t make up for Allen’s all-too-familiar jokes. Only the French press found the film remarkable, with accolades that studiously ignored the controversy about Allen’s alleged sexual abuse, rekindled  by his son, Ronan Farrow on the day of the screening. 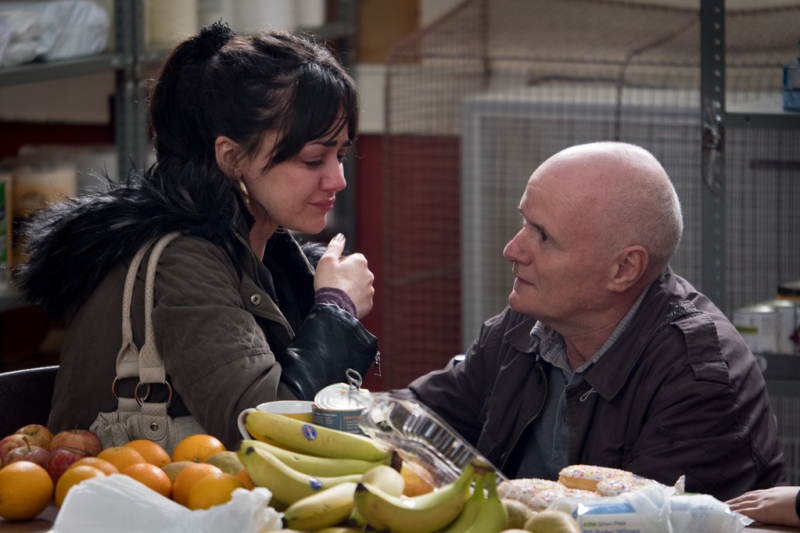 Hayley Squires and Dave Johns in I, Daniel Blake

The Cannes Competition section invites the same masters year after year — this time the usual suspects include Pedro Almodovar, Ken Loach and brothers Jean-Pierre and Luc Dardenne. At the press screening of I, Daniel Blake on the second day of the festival, Loach had the audience in tears as usual. Cannes has previously selected several of his proletarian dramas, delivered with sardonic humour in a brogue so thick that the festival insists on adding English subtitles to a British film.

Blake is also of this genre, but has a more somber tone. An elderly Newcastle joyner fights bureaucratic government employment services after a heart attack puts him out of work. Dan Blake can make cabinets and beautiful wooden toys but cannot use a computer, which makes him culpable and deserving of a “sanction” in the eyes of the system. To get his benefits, he has to fill out inane online forms, confront by-the-book functionaries, and listen to elevator music while waiting on hold for an hour. The brush-offs and runarounds grow all the more sinister and hopeless when an administrator lets it slip that the British state outsourced the services Dan requires to an American corporation. Grey streets and skies of industrial Newcastle provide an appropriate setting for this all-too-realistic nightmare. Any resident of a modern downsizing welfare state can relate, including Quebecers. ■