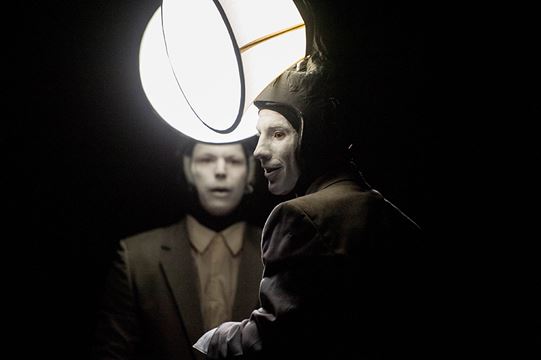 James & Jamesy In the Dark

The Fringe Festival is moving into its final stretch, wrapping up on Sunday, June 21. Here’s our second batch of show reviews from the Culture Team (see the first here).

Bar Kapra’s energetic deployment of physical comedy with plenty of slapstick pantomime and bushy-tailed squirrely puppetry gives this workshop production a fun, lighthearted silliness on the surface, but in between the flying squirrel-tailed props, tumbling down mountainsides and ‘who’s on first’ style bickering over a hunting rifle and how to use it, Joseph Shragge’s script reveals some pretty deep existential conflicts that make this play more meaty than a bowl of fresh squirrel stew.

Johanna Nutter plays Trout, a youthful and naïve intern of sorts for husband-and-wife squirrel hunting team Bar and Bat Kapra (played by Howard Rosenstein and France Rolland, respectively) who ends up caught between the two as they butt heads over whether or not to allow some squirrels to survive so as not to work themselves out of a job. As Trout is pressured by both sides to keep secrets and make promises intended to benefit everyone but herself, her loyalties and trusting nature are put to the test as the audience is invited to consider philosophical questions like whose perception of reality is really true?

Performed by an award-winning cast of some of Montreal’s best-known faces from the theatre community, Bar Kapra is a fun and thoughtful play that we’ll be keeping our eyes on as it moves from workshop to fully realized stage production in the coming months. (Lisa Sproull) La Chapelle Theatre (3700 St-Dominique) June 18 (3:30 p.m.), June 19 (10 p.m.), $12 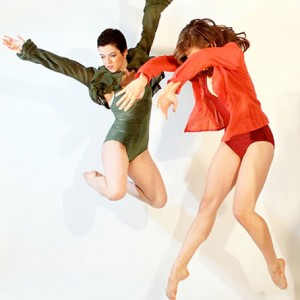 Are you the kind of person who reads the program notes? For me, it depends on my mood. For the dance show Eunoia/un langage muet, I was in the mood to know, so I read. Upon scanning the text for the second work, I discovered New York based choreographer Koryn Ann Wicks decided to experiment with the evolution of the body as a “tripedal organism” for her ensemble piece TRIPD.

With a strong concept at the heart of the piece combined with striking visual tableaus, the dancers frequently used a combination of three contact points on the floor, two hands one foot, two feet and an elbow… The moody, group work breathed an apocalyptic vibe and featured Wicks in a key role surrounded by a cast of local dancers. Also on stage, seated behind his computer, musician-composer Jonah Rosenberg added to the piece’s mysterious vibe by creating the atmospheric soundtrack with pre-recorded track and his electric bass.

What I love about the Fringe is that if you’re lucky, you get an embryonic view of works that sometimes evolve into something bigger and better. With some editing and polishing, I feel there’s potential here. (Marites Carino) Studio Multimédia du Conservatoire (4750 Henri-Julien), June 20 & 21,various times, $12

James & Jamesy In the Dark

Perennial Fringe favourites James & Jamesy are back with two shows in this year’s line-up. The British duo’s performance of In the Dark at la Chapelle Theatre is a stripped-down production involving just the two performers (who light up the stage with lamps attached to their heads), a pair of chairs and the audience. There isn’t so much a narrative as a series of discoveries on the part of the characters, who playfully test the waters of each other’s company as they alight on each other for the first time after apparently solitary but parallel prior existences. The performance, full of detailed movement, facial expressions worthy of the best silent film stars and quick-witted improvised dialogue, is unusual and compelling enough as a simple spectator, but when the duo notices the audience, the show is elevated to a whole new level of fun and surprise. (LS) La Chapelle Theatre (3700 St-Dominique), June 18–21, various times, $12

The Wiggle Room was packed for Tuesday night’s performance of Les Bunheads & Friends, a hilarious ensemble cabaret show that follows two VERY competitive dancers as they try to discreetly one-up each other through a series of sketches that showcase a variety of dance styles from ballet to contemporary dance. The competition and escalating sabotage between the two gets so fierce at times that they completely forget about dancing and outright fight scenes break out (which are, by the way, gloriously well choreographed and executed).

Between dance scenes, the audience is treated to some slapstick, improv and beatboxing magic from MC Marvellous Marvin plus a few extra special surprises from the Friends of the Bunheads. This is a show well worth seeing for the top-notch comedy and dance skills on display, just the right amount of absurdity and some truly terrific costumes. (LS) The Wiggle Room (3874 St-Laurent), June 18–21, various times, $12/$11

From a whirlwind romance in the Black Rock Desert of Nevada to the fitted sheets of her marital bed in Portland, Oregon, playwright Eleanor O’Brien brings her audience along on a journey of self-exploration, discovery, fear, joy, recrimination, love and laughter in her semi-autobiographical and deeply personal Fringe show, Lust and Marriage.

It’s the classic tale of monogamous girl meets polyamorous boy at Burning Man, an exercise in community, art and radical self-expression with 60,000 other people in the middle of nowhere. From the seeds of that fling, a 10-year-plus romance blossoms for “Emily” and her blue-collar husband-to-be, despite her insecurity about his desire for a polyamorous relationship. O’Brien illustrates her long emotional journey via imaginary letters to and from real-life sex columnist Dan Savage, monologues and bedtime conversations with her husband.

This is not everyone’s cuppa, so if frank discussions of sexuality make you squirm, best stay away. But if you’re looking for a humorous yet sensitive and revealing peek beneath the emotional sheets of one polyamorous relationship, Lust and Marriage won’t disappoint. The writing is crisp and flavourful and O’Brien’s performance as her own flawed heroine is engaging and energetic. 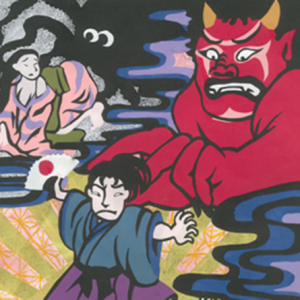 Oni, a folk tale about a tiny samurai, a princess and a magical creature — the Oni — with the power to grow or shrink the samurai, is billed as a “sexy Japanese shadow show.”

Featuring director Seri Yanai’s own handmade, exquisite paper cutout puppets, the visual effects in Oni are fantastic. Particularly impressive is the performers’ play with perspective and depth of field, making for an experience that feels a bit like seeing animation performed live.

The performances themselves are also excellent, with Seri providing Japanese dialogue and some live musical accompaniment on a shakuhachi. Her partner Daniel, meanwhile, provides some very funny English narration while also playing several of the show’s characters.

Swordplay: A Play of Swords

On a stage roughly the size of an en suite bathroom, an epic story of adventure, friendship and tip-top swordsmanship unfolds. A riotously funny, terrifically sweaty and delightfully clever show, Swordplay: A Play of Swords warmly embraces the low budget, none-too-serious aesthetic that the Fringe does so well.

Set inside a 1988 fictional video game, the show is half fantasy, half dorky charm. Armed with little more than foam swords and sheets of fabric, the small ensemble cast manages to melée and meddle their way in and out of trouble as the valiant heroes Salvatore and Barnabus seek to save Princess Scarlet Pimpernel from the evil Baron Thorne before it’s Game Over.

A playful ode to classic knight’s tales like The Princess Bride and old school video game arcs and graphics, the show is fast-paced, action-packed comedy gold. The dialogue bursts forth with cheeky self-aware wit and wry parody while the physical comedy executed in the characters’ gameplay movements and fight scenes can certainly be called a cut above.