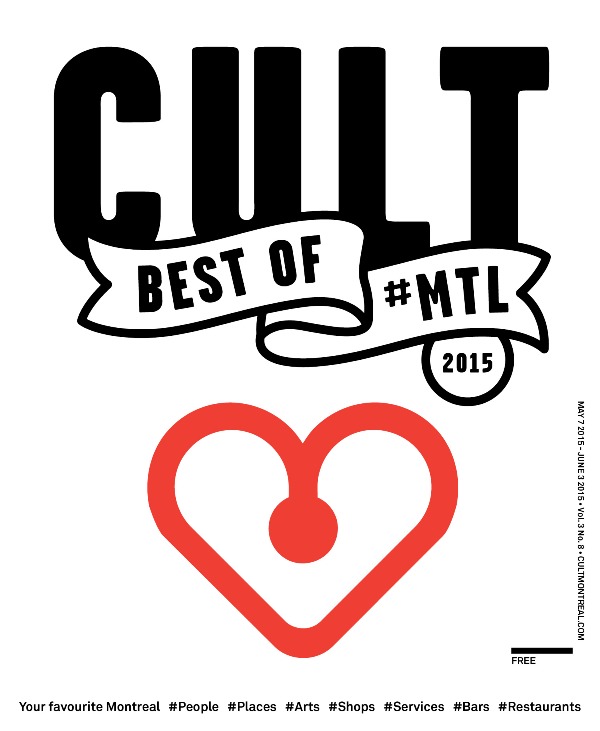 And Montreal has spoken. In March and April, Cult MTL readers and other discerning citizens voted for all their favourite local things in our third annual survey. We’ve got to thank everyone who voted and helped us get out the vote, whether for their own purposes or simply as a way to spread the civic love. Participation in the poll has grown every year, making the 2015 edition bigger and more representative of the city than ever.

The survey is open and democratic, with no editorial influence or interference. Though we must remain neutral, we were happy to see so many people make an event of voting, with more social media campaigns than ever. (That said, a certain yoga/spa studio that offered discounts on services with proof of Best of MTL ballot support probably bent the rules a bit.)

Ballot-stuffing was frowned upon as always, with the most flagrant examples being automatically weeded out by our survey software, but we got a kick out of the usual haul of joke votes (Jacob Greco and Sean Nicholas Savage in dozens of categories, like Best Pizza), hapless recurring “aucune idée” entries, the incredulous person who didn’t understand why we have newspaper and magazine categories (“what century is this? lol”) and all the inside references in Hottest Man/Woman, like “the guy at work who’s too young for me.”

Keep an eye on Cult MTL, where we’ll be running Best of MTL articles through the month of May and beyond.

To all the winners in the 150+ categories: congratulations.

(To see the results from last year’s poll, click here.)