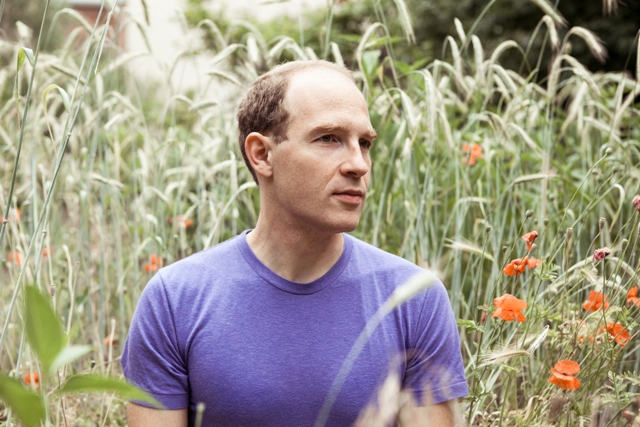 As Caribou, and before that Manitoba, Dan Snaith had long been a production geek that preached to the choir.

But something happened following the release of 2010’s Swim. Although Snaith, a Hamilton native who resides in England, didn’t plan it that way, some of the album’s cuts — most notably “Sun” and “Odessa” — became DJ set staples in unexpected places around the world.

The 36-year-old was irrevocably changed by how far his music travelled, and it shows on Our Love, his fourth album as Caribou and seventh total. He’s as meticulous as ever with the details, but Our Love captures big, simple, relatable emotions — ideal for a venue like Metropolis, where he’s playing tonight. I caught up with Snaith by phone from Budapest, Hungary, a couple of hours before he was set to take the stage with his longtime backing trio.

Erik Leijon: I don’t know about you, but there was a point in time where nearly every DJ set I heard had a track from Swim on it.
Dan Snaith: Swim was influenced by a particular part of the dance music world, people like Theo Parrish, Carl Craig, Moodymann. It’s halfway between dance music and other things, so I didn’t anticipate it getting into people’s DJ sets or connecting with the dance music world more broadly. I became more aware of that gradually. When Swim came out it seemed it would fit in the same space that my previous albums had, which were less dance music influenced, but as the months passed, people would tell me they were at a superclub in Ibiza and the last song they played was “Sun,” these head scratching moments that I couldn’t have imagined. Something different was happening here, and it was exciting for my music to end up in places I never expected. It’s what led me to make a record that had less of a specific space in mind. I had less of a concept of it being for music nerds like me – I wanted to make something broader, more humane or open.

EL: Would your younger self have considered you something of a sellout for making music with audiences in mind?
DS: Quite possibly. Even 10 years ago I thought it was a damaging narrative, and in the ’90s music realm you had to be completely facing your own interests and not entertain the whims of the populace. But my perspective changed a while ago, even when I started releasing music. I became really excited by producers like Timbaland. He’s a good example of someone making interesting, avant garde music within the world of pop, and there are a lot of examples of artists I love who have done that throughout history. Like 60’s psychedelic, or Kraftwerk. I’ve always loved both obtuse music and, maybe accessible isn’t the right word, but music that doesn’t intentionally close itself off in the way someone of the music I love does.

EL: Funny you should bring up Timbaland. I kept thinking while listening to “Second Chance” that you and Jessy Lanza had made this big R&B pop production. Is it your Timbaland-Aaliyah moment?
DS: Jessy really transformed that track. I hadn’t conceived of it becoming this pop R&B big melody thing. She wrote the melody and the lyrics, and it transformed the song. It’s intentionally referencing R&B and those genre ideas, but the subversive thing about it is R&B productions always have a big, crushing beat over the top of them – which is often amazing – but I wondered what would happen if you made an R&B track without rhythmic elements or a beat underneath. It’s only in the last 20 seconds of the song that you hear a beat come in at all, only as it’s fading out.

EL: Was it the same way with Owen Pallett’s collaborations on the album?
DS: With Owen you hear his specific violin and viola passages, but he influenced the shape of the whole thing. I played for Owen really early snippets when I was just starting, and right away he gave me amazing feedback that changed my ideas as to where some of the songs could go. The listener will hear his violin, but he had a more substantial effect on the whole record.

EL: Was it difficult to make music that was more streamlined?
DS: As a music fan I have the tendency to fetishize certain production ideas or sounds from the past. Sometimes I’ll say to myself I’ll make music that sounds like these records from the 60’s I love, and one thing I’ve wanted to do in recent years is get away from that idea and make music that sounds more my own. Less production geek, and something more elemental about my experience as a human being and as a musician. Incorporate my daily life in there. It was a question of making something more focused, to reach out to people who want to listen to it and make that distance as small as possible. That means more directness in the sound, everything focused and in its right place, and arranging it carefully so it’s framed in a way that transmits to people. That was incredibly difficult. My tendency is to do the opposite. My earlier records were woolly messes of sound, and I love piling things on each other and seeing what happens. It’s much harder to make something I was happy with that only had a few elements, or had my vocal in the front or middle of the mix. You’re more exposed. I would sit there and be more uncomfortable with parts I was working on. I had to find a way to make something more open without making it too simple or saccharine.

EL: Are you looking forward to seeing how DJ’s will take to Our Love?
DS: Very much so. One thing that happened with Swim, and I’m already seeing here, is that people are doing their own versions of the songs. Remixing their own versions, cutting the album versions up and doing what they want do them, or covering them. There’s an EDM guy who did a version already, which is totally a world I’m not involved in. There was a time where I would have wanted more control over my music, but I’m enjoying more and more that it’s travelling in different worlds and DJ’s are using them in their own ways.

EL: Are you warming to the EDM scene a bit?
DS: As a youth movement, I’m totally intrigued and excited by it. There should be this kind of music that provides release for young people to go out, defy their parents, do drugs to and have a collective moment. That’s very important. That music has all the signifiers that allow them to do that: it has big, cathartic moments, jumped out crescendos. I’m not a grumpy old person that says music isn’t what it used to be. EDM serves its purpose, and I’m excited to see what happens next.

EL: And I suppose EDM kids are getting into your music.
DS: I’m getting older and more reflective about this phase of my life, and the audiences coming out to the show are in their teens and early 20s. It’s exciting to me that I can make music that connects with people of all ages. ■