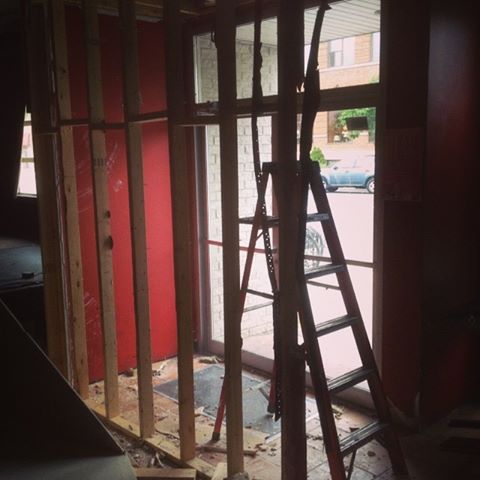 When this photo of renovations at Il Motore was posted on Facebook last week, we figured it was just a touch of maintenance. But today it was announced that the Mile Ex venue, at 179 Jean-Talon W., will be closing for over a month, re-opening in September with a new look, “vision” and new partners (it’s currently run by the promoters at Blue Skies Turn Black).

After the recent shuttering of Royal Phoenix in nearby Mile End, this is another blow to Montreal’s indie music scene and the north central neighbourhood as a whole. But patrons shouldn’t be too worried about “the Motor”‘s overhaul. Here is their full statement:

“It is with both great sadness and excitement that we announce that Il Motore will close its doors on August 18th to begin renovations on a new iteration of the space, leaving behind its name and previous look.

We invite our supporters, friends and neighbours to join us at the IL (MORT)ORE closing party on Friday, August 15th, where we will celebrate the past and future of The Motor!”

I mean, if Blue Skies and Godspeed are involved, it’s probably going to be great, right? We’ll keep you updated as the story develops. ■