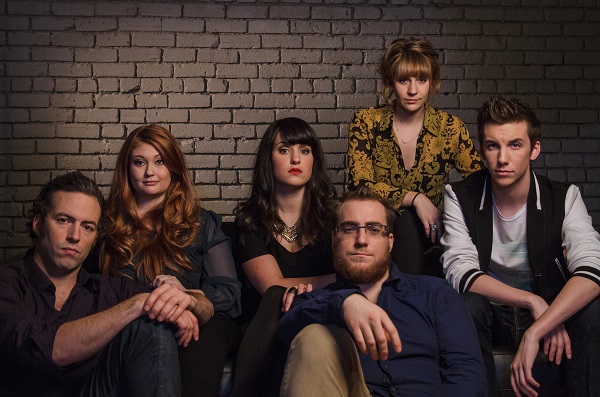 The cast of SNL Québec

Hosting SNL has always been a crapshoot. Even seasoned comedy performers have fallen flat on their ass when hosting, while celebrities generally considered disposable can sometimes surprise at the reins of the show (no one would ever have trusted Justin Timberlake with a joke before he was on).

In that respect, the choice of Louis-José Houde for the first episode was a relatively solid one. Houde hasn’t got much range as a performer; his output generally revolves around minute variations of his hyperactive, motor-mouthed stand-up persona, and this seemed to be understood by both Houde and the writers. There was no attempt to turn this into The Louis-José Houde Show Featuring SNL (read our review of episode one here), which is really the opposite of Stéphane Rousseau’s appearance on the last of two planned SNL Québec episodes, which aired this weekend.

Stéphane Rousseau cut his teeth in stand-up, but he’s stayed famous for his comedic performances in TV and film (especially in France, where he’s arguably more famous and unarguably getting more work). His stand-up hasn’t aged that well: a shameless ham  who often seems to be playing to a crowd of senior citizens despite his underwear-model good looks, Rousseau takes up a ton of space and he didn’t budge much throughout the show’s 90-minute run. His opening monologue was a load of rambling nonsense in which he affected the cadence of his idol Yvon Deschamps, told a story about fighting with a dog and a midget, made explicit references to dialogue from The Exorcist and spent the last half being fawned over by the cast.

The night’s worst sketch was an interminable one starring Rousseau as an aging French drag queen heaping abuse on Léane Labrèche-Dor and Pierre-Luc Funk for what felt like a solid half hour. It played to Rousseau’s strengths to go way the fuck over the top and mince the hell out of everything (let me remind you that Rousseau became incredibly successful and famous for arguing with an old anglo lady puppet). If the writing staff took umbrage to the fact that the first episode was too closely aimed at hip 20-something Montrealers, kudos: you now have the nonagenarian and leather-skinned Snowbird audience cornered.

That being said, the non-Rousseau parts of SNL continue to have their moments, much like the regular SNL. A strong cold-open sketch that recast the Débat des chefs as an episode of the bafflingly popular reality show Un dîner presque parfait showed that political humour isn’t out of their purview, and MVP Katherine Levac killed it once again as a confused woman who signs up for hot yoga because she’s always cold.

SNL Québec is imperfect. Almost every sketch runs too long, the cast is too small to properly fill out the show (not sure that gangly 20-year-old Funk is the best choice to play François Legault, but it’s not like they have a choice with all of the actors being in the scene) and the relatively long lead time removes much of the high-wire-act danger that makes watching it live so exciting (there’s no character-breaking, uncontrollable guffawing or cue-card flubs).

But the first six episodes of Saturday Night Live in 1975 bear little to no resemblance to the show we know today: there are barely any sketches, the host doesn’t do anything but host, the musical performances are interminable and there’s an absurd amount of time devoted to the worst shit Jim Henson ever made, “adult-oriented” Muppets that live in a swamp and do not do a single funny thing ever.

That SNL Québec manages to hit the mark with such relative consistency means that, should it continue, it has plenty of potential to grow into itself. If that’s it for them, it was a more than honorable experiment. ■