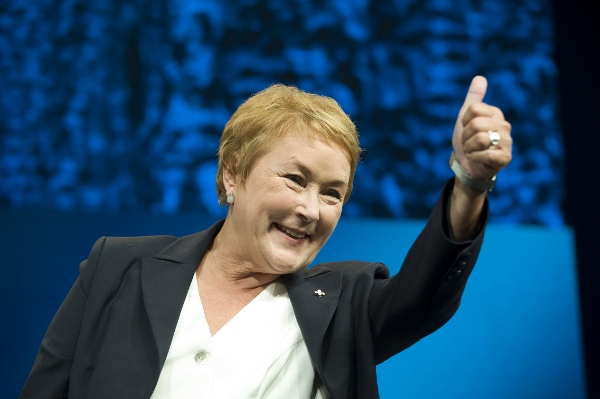 Politicians are constantly wringing their hands over the public’s growing lack of faith in our political system. But how could it be otherwise when the people in power repeatedly show their own contempt for the system that they themselves have built?

Believe it or not, both the Canadian Parliament and the Quebec National Assembly have adopted laws that set fixed dates for elections. Under Quebec’s law, adopted unanimously last June, we weren’t supposed to see another election until October 3, 2016.

The rationale for fixed-date elections is simple. In the words of Bernard Drainville, Quebec’s minister responsible for Democratic Institutions and Active Citizenship, “Elections belong to the people. The date must serve the interests of democracy, not the interests of the party in power. By fixing the date of elections, we eliminate the partisan strategy of the electoral date. No more launching (elections) on the basis of polls, no more launching on the basis of commissions of inquiry. Quebec deserves that.”

Apparently, we don’t deserve it anymore.

In case you hadn’t heard, the Parti Québécois is so happy with what it is seeing in recent opinion polls that it looks like we’re going to see the other kind of poll on April 14.

The PQ is able to seemingly violate its own election law because it has a minority government. Traditionally, such governments fall if they fail to have the confidence of the majority of MNAs. This could happen through a direct vote on a motion, usually proposed by an opposition party, that says exactly that. It could also happen if a significant piece of financial legislation, like a budget, is defeated by the National Assembly.

That’s why the PQ is presenting a budget tomorrow. It wants to use it as a pretext to call an election.

What’s likely to happen next is pure, cynical political theatre.

Neither the Liberals nor the Coalition Avenir Québec really want an election while they’re so low in the polls. So even though they likely won’t support the budget, they could tell their MNAs to stay away during the vote and let it pass. That would foil the PQ’s attempt to get itself voted out of power.

That’s why Premier Pauline Marois likely won’t even risk waiting for a vote on the budget, she’ll just declare her belief that the opposition parties won’t support the PQ’s fiscal plan and will ask the lieutenant-governor to dissolve the government and call an election.

The Liberals and CAQ could theoretically screw the PQ by telling the L-G that they’re ready to form a coalition government. Stranger things have happened, but given the inability of political parties to keep anything (but corruption) secret for long, we would probably have heard about it by now.

I may be wrong. I hope I’m wrong. But I wouldn’t bet the farm on it. I wouldn’t even bet the pig sty.

Trying to force an election for April 14 not only shows the PQ’s contempt for a law that Drainville was crowing about just eight months ago, it risks derailing some important government business. Among the bills that could be shelved are:

• Bill 73, the legislation setting up Montreal Mayor Denis Coderre’s much-vaunted office of the Inspector General. The mayor has already announced that former Charbonneau Commission counsel Denis Gallant has been hired for the job, but a snap election could mean he’ll have no powers, budget or staff for three months or more.

• Bill 60, commonly known as the Charter of Quebec Values. The minority PQ never really intended to put this controversial legislation to the vote, knowing its attempt to bar civil servants from wearing religious symbols would be defeated. The bill’s death won’t cause many tears to flow on either side of the bitterly divided debate, but an election call will also put an end to the Parliamentary commission hearings on the bill that started in January.

Dissolving the commission hearings would be the final act in what has been a disgusting show of contempt by Drainville and the PQ for opponents of the proposed bill. After hearing only about one-quarter of the groups and individuals who asked to appear, the PQ is quite happy to pull the plug on a process that was a bogus consultation from Day One.

Of the 65 or so groups and individuals heard thus far by the commission, Drainville has been unfailingly laudatory to anyone who supports Bill 60 and consistently and unabashedly hostile towards anyone who doesn’t. He has lambasted CAQ and the Liberals for their alleged inability to compromise while steadfastly refusing any and all compromises from his own side — even when some of the people calling for compromise include three former leaders of the Parti Québécois.

If that’s the case — if it really is just a consultation bidon — what’s so bad about scrapping the hearings?

Because there are roughly 180 briefs that won’t be heard. Perversely, many of them are likely to be the most thoroughly researched and argued position papers because of the commission’s decision to hear them in the same order they were received. In other words, groups that took the time to hone their briefs, conduct research or consult their members are the least likely to be heard if an election is called.

That, too, plays well into the PQ’s election strategy because much of the support for Bill 60 comes from fear and not facts. To avoid embarrassment, the government needs to squelch the commission before the public can see Drainville flailing in front of groups like the Ligue des droits et libertés, Québec Inclusif, UQAM, the city of Montreal and the Jewish General Hospital.

Because as the last eight months have made abundantly clear, the last thing the PQ and its minister for Democratic Institutions and Active Citizenship wants to see is anything that “serves the interests of democracy (rather than) the interests of the party in power.” ■