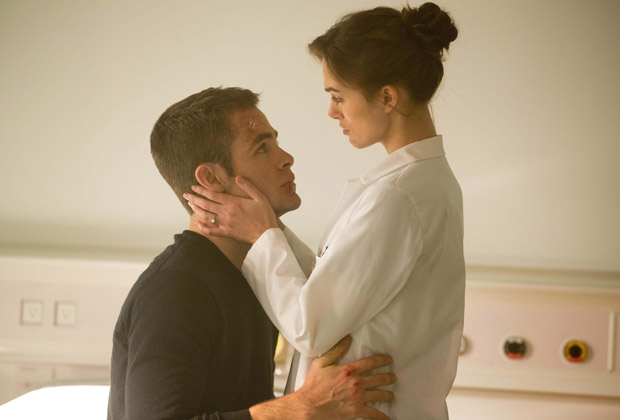 It says a lot about the current state of mainstream cinema when a big action-thriller as generic as Jack Ryan: Shadow Recruit can’t get made without being grafted to the semblance of a franchise. Originally developed as a standalone project by screenwriter Hossein Amini, JR:SR was modified to fit the work of Tom Clancy and the character of Ryan, a super-smart CIA operative already brought to life four times in the last 25 years by three different actors. Studios apparently have so little faith in audiences turning out to see a blockbuster based on an unknown quantity that they feel safer tacking it on to an irregular franchise regarded most fondly by grumpy Conservative dads who wear fishing vests 24/7.

It’s no surprise, then, that there’s something old-fashioned about JR:SR, from its mothballed Russian terrorist plot to the presence of Kevin Costner in aviator shades barking orders. It’s not nostalgic, exactly — director Kenneth Branagh is certainly not interested in paying homage to days gone by. It’s just grown out of fashion to pitch an action movie to adults in this way, even if what you’re offering that adult audience isn’t exactly the most studied portrayal of international politics.

Jack Ryan (Chris Pine) is a promising grad student who gives it all up to serve his country after 9/11. His helicopter is shot down in Afghanistan, causing him such damage that he has to learn to walk again. That’s when he catches the eye of CIA suit Thomas Harper (Costner), who offers Ryan a job as an analyst on Wall Street, tracking down unusual transactions that may be linked to terrorist action. It’s under this guise that Ryan is sent to Russia to investigate dubious dealings by unctuous billionaire Viktor Cherevin (Branagh himself, marinating in a ridiculous clipped Russian accent that suggests Brando by way of Yakov Smirnoff) only to find that said billionaire is holding America on the brink of economic collapse. With his unsuspecting girlfriend (Keira Knightley) in tow, Ryan must stop Cherevin and save his country.

While it sounds like it should be the kind of movie that ends with Pine crashing a Humvee through the Kremlin, JR:SR is actually a fairly subdued action-thriller that emphasizes plot over action set pieces. Since Branagh is best known for his Shakespeare adaptations (or was, before he made Thor and evidently got a thirst for that sweet, sweet tentpole cash), he manages to breathe some life into even the most cursory of exposition scenes. The first half of the film hints at the not-unwelcome idea of an action movie where the action hero doesn’t actually need to crack any skulls, but it’s not too long before that goes out the window (though not literally; those looking for Russian-set window destruction can content themselves with the dismal A Good Day to Die Hard).

Pine and Knightley have a nice, naturalistic rapport, and Branagh is clearly having fun as the underwritten Cherevin. But John Woo he ain’t, and the film’s few action scenes can feel clumsily staged (one relatively simple sequence of Ryan jumping a motorcycle over an obstacle may well have been stop-motion, for all of its clunky, stroboscopic editing). It would be one thing if the film was trying to sell Ryan as a reluctant desk jockey turned spy, but he acclimates rather quickly to his role as international ass-kicker and thus becomes rather indistinguishable from his thick-necked brethren.

Jack Ryan: Shadow Recruit fits in a niche that’s basically filled by the Bourne movies and TV these days, and on that level it’s hard not to find its dedication to simplicity somewhat ingratiating. It’s watchable and compact, yet as I type these words less than 18 hours after having seen the movie, almost nothing registers. If they hope to keep this franchise going, they’re going to need more than just a recognizable name and an exotic location. ■

Alex Rose explores the worst of cinema on his podcast and blog, Why Does it Exist? @whydoesitblog on Twitter