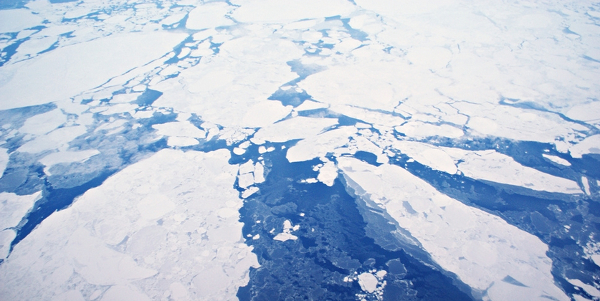 With so many profound, even apocalyptic, crises facing society, it’s hard to justify how much time we’re spending on a debate over problems that don’t exist and solutions that will just cause new ones.

So why do I need to fight the urge every week to write yet another column on the Quebec Charter of Unicorns? Why add my voice to thousands that already fill our newspapers, airwaves and websites? It’s not like I’m going to change anyone’s mind. It’s not like anybody is going to change anyone else’s mind on the Quebec government’s plan to ban religious expression in the civil service.

Meanwhile, the province, the country and the world are facing seemingly insurmountable problems. Climate change could soon pass the tipping point — if it hasn’t already — where average temperatures will continue to rise no matter what we do. As ancient layers of permafrost and ice melt, releasing vast volumes of greenhouse gases trapped over hundreds of millennia, global warming will accelerate to the point that even a complete halt to man-made carbon dioxide production would be as useless as trying to stop a tsunami with a beach umbrella.

The warming is already having a significant effect on ocean life forms, from fast-disappearing coral to lobster, cod and right whales. And if habitat change doesn’t accelerate species extinction, our factory fishing practices certainly will. As we get better and better at catching fish, we have fewer and fewer left to catch. Quotas are often set way above sustainable levels, and even those targets are often ignored. While consumption of seafood has quadrupled since the 1960s, the most popular species are in decline. And fish farms are no cure, because fish meal is a major component of the diet.

Over to agriculture, then, where factory farming and Monsanto-led monoculture… Never mind. I’m sure you get the picture.

Okay, let’s put the food question aside for now. And let’s ignore the myriad problems that come with a world population that has grown from 3 billion in Don Draper’s day to more than 7 billion today.

Let’s just look at home, where, in the interests of economic growth, the Canadian population has increased on average about 1.2 per cent a year, two-thirds of that coming from immigration. Yes, immigration policies are not primarily motivated by our desire to help others but to help ourselves. We need more people to buy more widgets and more people to make them so that our rich can continue to get richer. We import people from countries that struggle with political persecution, poverty and overpopulation so they can do jobs Canadians don’t want to do and actually consider it a step forward. They’ll be subject to discrimination because of their accents, their skin colour, their religion and their culture. And in exchange for our generosity — letting them drive our taxis, clean our homes and offices and sell us our lottery tickets — we will tell them they should show their gratitude by promising to erase any evidence of their accents, their religion and their culture.

Generously, we let them keep their skin colour because it helps the police know whether they should stop them and remind them how lucky they are that we let them live here.

After all, they are guests in our home. We took it fair and square from people who didn’t understand the concept that land could belong to individuals, who thought the earth, the sea and the sky was something we shared and collectively nurtured and protected. What a bunch of twits.

But I digress. Another reason why we need immigrants is because we’re getting old. We’re having fewer and fewer offspring, so we need to attract families here or we’ll end up with a dwindling working population supporting a growing number of seniors.

The good news is that many seniors won’t be able to afford to retire because of the looming crisis in pension plans, both private and public. The bad news is that they’ll also put a huge strain on the health system as baby boomers move from the workforce to retirement homes to hospital beds to palliative care. Resources will be spread thinner as governments try to cut costs, which will often result in greater drains on the system as patients with minor woes see them grow while waiting for tests or counselling or operations or someone to help them climb the steps to the third-floor walk-up that was the only thing they could afford on their Quebec and Canadian pensions.

Phew. I’m running out of breath myself now.

But I’m beginning to understand why we’re so caught up in this huge debate over imaginary problems.

The real ones are much more frightening — and it doesn’t look like we’ll see solutions from governments that can’t see past the next election. ■