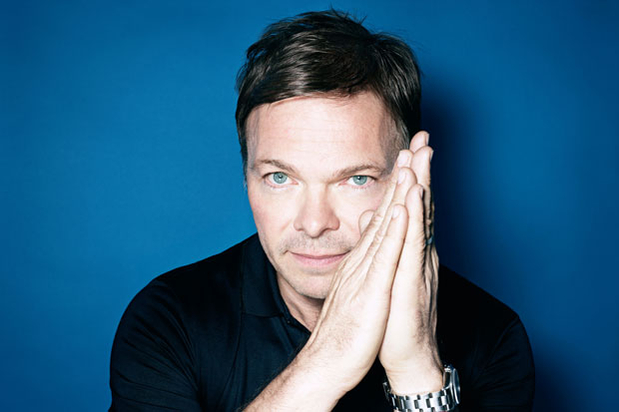 Pete Tong was already an established DJ and record label A&R by the time acid house exploded onto the U.K. music scene in the’80s. Today, it still seems incredible to think that crates of vinyl records, largely imported from Chicago, Detroit and New York, could have set off a youth movement whose reverberations are still being felt today. Tong was at the forefront of that movement, and today, the elder statesman of dance is still proving himself influential as the music gains mainstream traction in North America.

By the time he joined BBC Radio 1 in 1991, acid house was already giving way to various sub-genres and permutations, and at Tong’s insistence, the radio station shifted its tired format and hired a fresh crop of DJs who showcased the new sounds ranging from hip hop to techno and jungle.

Tong’s massively influential shows, The Essential Selection and The Essential Mix, proved to be incredibly popular with listeners both at home in the U.K., and later, internationally, through web streaming. As a young, aspiring DJ and radio host, I fondly remember the countless hours I spent listening in online whilst poring over the detailed BBC tracklists of each record he played.

Through it all, Tong gained a reputation as somewhat of a hit maker, albeit one who kept his ears close to the underground. While some of those tracks he has championed have inevitably ended up in television adverts, Tong has always devoted an inordinate amount of air time to playing “white label” test pressings by up and coming producers. A countless number of artists, from Daft Punk to the Chemical Brothers, have all gone on to bigger things after Tong played their early records.

In the 20+ years since, Tong’s innovations have arguably transformed Radio 1 into the most important station in electronic music. Despite a recent move to Los Angeles, he still hold downs two weekly shows on Radio 1, in addition to a syndicated radio show on both Clear Channel online radio service iHeartRadio and on terrestrial stations in major U.S. markets. In between that, he regularly DJs at clubs and festivals around the world, has gotten into music production, and has recently re-launched his esteemed record label, FFRR, in the United States.

I recently had a chance to speak with the man himself over the phone as he prepared to fly to Montreal for an appearance at this year’s edition of Igloofest.

Michael Sallot: It seems like you’re busier than ever these days. How do you find time to listen to new music? Do you have a routine?
Pete Tong: It’s a constant process, really. It depends a lot on the travel. Travel sometimes actually makes that part easier. As long as I can get the music, access the music, it kinda becomes a therapeutic part of travelling. You are always preparing for the next gig and there is always a next radio show to do. I don’t like to turn everything off, like, “Right—today is Monday. Music listening day.” I have tried that before and it doesn’t work, so it’s a constant cycle. Fortunately, I don’t work in a bakery or something like that. All the things I do overlap with the music.

MS: At this point in your career, I think it’s fair to say that you’re uniquely qualified to speak about the state of dance music. You’ve seen trends and fads come and go. Where do you think things are going?
PT: In my career, I’ve seen the interest amongst “the masses” ebb and flow. We are certainly in a period of time where there has never been more interest, because America, at last, has come on board. I think at those times you make the most of the opportunity. It’s always like “What do we do next?” I have never been one of those people who sits there and goes, “It’s too cheesy” or “It’s too cool,” or “It’s too big,” or “It’s too small.” I suppose by nature I am an observer as much as I am a participant or a leader. To a certain extent, things just happen by the course of nature and you can’t really control it. It’s more about observing what’s happening. America had such a phenomenal influence on the start of this whole game but it was never reflected at large in the market, and it is now. It’s kinda changed the game. For the first time in my life, Ibiza isn’t necessarily the most important place on the planet for DJs. It’s still very important, but America is a whole word unto itself. As to where things are headed, I just hope everything that has happened has excited the next generation and the generation after that and we’ll see where that creative spurt takes us. As the U.S. market awakens, I still think we haven’t felt the true impact of it yet in terms of what it is going to do to the next generations.

MS: Speaking of being an observer, you were there for the “Summer of Love” in the U.K., when acid house exploded. Do you think North America has had a similar moment with the rise of the EDM [electronic dance music] sound? Is it even fair to compare the two?
PT: I don’t think there was a defining moment like there was back then. People often mention what happened in ’86 and ’87. It was almost like punk rock. There was a changing of the guard. It was year zero. You haven’t really got there here. I guess the history is more rooted to the growth of the festivals that really matter, so event brands like EDC [Electric Daisy Carnival] and Ultra [Miami]. That seems to be where the story started in the U.S. For different reasons, I think that should be celebrated, but I always think it is a bit unfair when mass media talks about EDM being an overnight sensation. Well, it wasn’t, really. A lot of the roots of what’s happening today were put down by those festivals allowing the under-21-year-olds to get into this music for the first time and that has as much to do with the story as David Guetta and will.i.am having a big hit record, you know?

MS: Do you think you could have had the kind of career you’ve had if you were just starting out today?
PT: Not really. I think to break out today and get people’s attention, you almost have to make a big record. That is the most profound change over the last 30 years. Generations back, there were DJs who made their reputations from their DJing rather than any particular record they’d made. It’s very rare these days, in the more middle to overground commercial space, that you would ever find someone who made their reputation from just DJing. More and more, the new kids on the block, if you look at their CV, it comes down to the music they’ve made, and then the DJing follows. There are an awful lot of people who have made amazing records who aren’t very good DJs. I started off by DJing, and to get better known I got into radio, as it was a passion of mine. Today, I would have had to do it by making music. ■