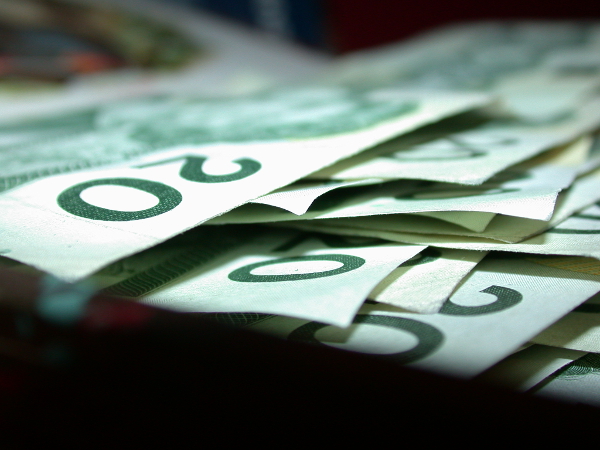 We doubt the severance packages came in cash — and if they had, they wouldn’t have come in $20 bills — but you know.

The transition back to private life for the 44 city councillors who retired or were ousted during the last municipal election can’t be an easy one. So, like any company, the city of Montreal is making the whole thing as pleasant as possible by giving its one-time civil servants severance packages that total $4.03 million. The payouts include a lump-sum severance package and a transition allowance — which should presumably ease the pain of finding new work — to be paid out every two weeks over the year to come. Naturally, our last interim mayor, Laurent Blanchard, is at the top of the heap, taking home a cool $205,209. We should note that the $4.03 million figure above doesn’t account for Michael Applebaum, who, upon resigning from office in the summer, walked away with $108,204 in severance and a transition allowance of $159,719. Life isn’t always easy, right, dudes?

So now that the temperatures are apparently fluctuating, city repair workers are taking to the streets to fix our many potholes in a supposed 10-day blitz. Though this is sudden, will, as the term blitz suggests, this effort be militaristic in its precision? We will not comment. The Gazette, however, does have an infographic outlining the distinctions between potholes and sinkholes, something that we should all probably know. Spoiler alert: potholes push up, while sinkholes cave in.

Yalda Machouf-Khadir — the daughter of Québec Solidaire MNA Amir Khadir — is on trial for assaulting a photographer during 2012’s student protests. She and her boyfriend, Xavier Philippe-Beauchamp, are facing a pile of charges, some stemming from the protests themselves and others related to the alleged assault of Chantal Poirier, a QMI Agency photographer. So this trial is about that and not, you know, the other charges.

Oh, and hey: Guy Turcotte — the former cardiologist who, due to his mental state at the time, was found not criminally responsible for killing his two kids in 2009 — is back in court today, after a new trial was ordered and the original first-degree murder charges were reinstated. His lawyer is going to the Supreme Court to stop the retrial. Good luck, bro.

Surprise: Fewer of us are putting money away for retirement, because — wait for it — we can’t afford it. Only 31 per cent of us, compared to 39 per cent last year, are planning to contribute to our RRSPs, in large part, it seems, because we’re paying down debt. So it goes. ■