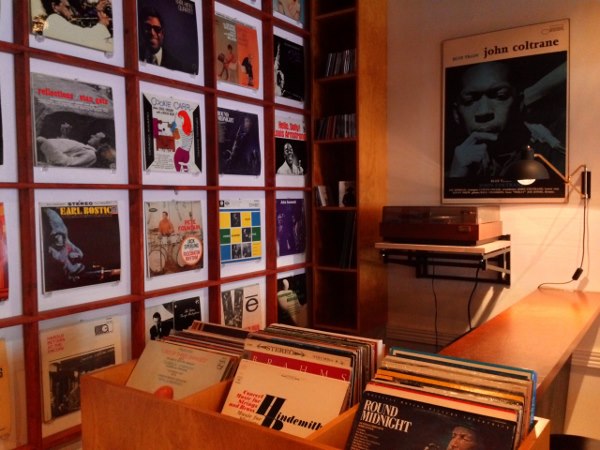 Next door to Tachido, in the space formerly occupied by Bistro Araucaria, a new Italian restaurant called Barcola opened in November, bridging Parc Avenue’s gaping culinary gap. Amid the overpriced Greek restaurants, fast food joints and no-frills mom-and-pop eateries comes an establishment that’s fancy enough for a hot date and a refined palate while remaining affordable and sufficiently decadent for the comfort-foodie set.

With only seven tables for two to four people, one long narrow picnic-er at the back and a couple of makeshift counter spots set up for weekend brunch, Barcola has an intimate and cozy ambiance, enhanced by the space’s natural hues, dim lighting and the jazz nook at the back, which emits the expected soundtrack.

The chalkboard menu changes regularly, but on my first visit, the main offerings were squid-ink scialatielli with cherry tomatoes and fennel ($16), risotto with wild mushrooms and white truffle oil ($19), emincé de filet mignon with roasted potatoes ($22) and squash gnocchi with smoked ricotta and poppy seeds ($16). I ordered the latter, with a hot winter-veggie salad ($9) to start, and a glass of Poderi dal Nespoli Brugneto red wine ($8).

Bread arrived in a basket with a mini-pot of butter, but I was bored after one bite. The winter veggies could have easily disappointed, too, but the contrast between the steamed and lightly lubed cauliflower, carrots and fennel and the crisp, tart red cabbage and greens made for a refreshing middleground between soup and salad.

Then came the gnocchi — easily the best gnocchi I’ve ever had. The tang of the cheese, the soft and creamy blend of ricotta, squash and tender pasta and the curious sweetness of poppy seeds (where heroin comes from, not surprisingly) kind of made my day.

Given the word-of-mouth raves about their weekend fare (and some incredible photos on their Facebook page), I was drawn back to Barcola for brunch a few days later. I ordered a combo plate of seafood delicacies and breakfast staples ($16): salmon gravlax, Matane shrimps in a creamy cocktail sauce, a cod brandade on bread (this had been a starter option at dinner earlier in the week), a mini eggs benedict, fried potatoes and half a dozen fat red grapes. The eggs benedict and brandade were a tad bland, but everything else was perfectly executed and surprisingly well-matched, given what a grab-bag of a plate it was.

My husband ordered the bacon-eggs-spinach-and-cheese breakfast baguette ($12), which was so clearly unwieldy in its girth that chef Fabrizio Caprioli popped out of the kitchen and offered to cut it in half. But no, he chose to battle with the sandwich, a battle he eventually won, with a few stains and an afternoon food coma to show for it.

For brunch, the lacklustre dinner bread was replaced by similar but superior (mostly fresher) slices and a couple of real Montreal bagels, which came with butter and small jars of black cherry and peach jams, Nutella and peanut butter. My husband ordered orange juice, which seemed freshly squeezed, and a Diet Coke that came in a little faux-retro glass bottle from a black Coca-Cola fridge. My Americano coffee was generated by a far more egregious name-brand machine: a Nespresso. I’m against the espresso-capsule-bot, for a number of reasons, and its presence in a nice Italian restaurant was pretty shocking.

Java aside, Barcola knows what it’s doing in the kitchen and as a business, a remarkable achievement for a two-month-old restaurant. And with so many restaurants on major arteries closing, it’s just what Parc Avenue needs. ■