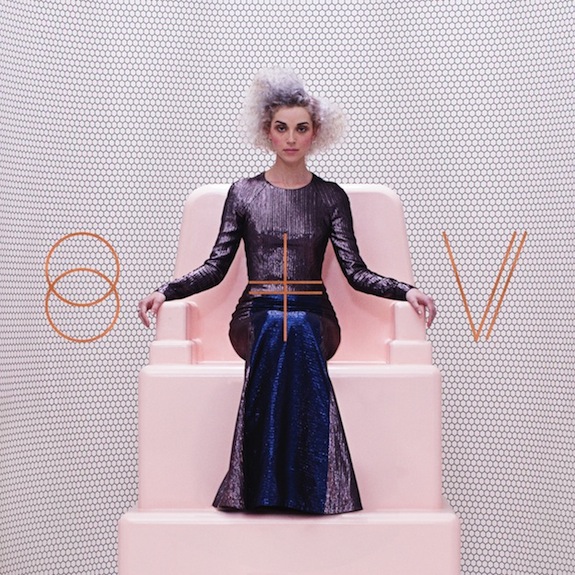 See a live-action lyric video by Montreal’s Majical Cloudz, for a track that didn’t appear on their 2013 record, Impersonator, directed by the duo’s singing half, Devon Welsh.

It’s pretty much impossible to top Jimi Hendrix, but Charlotte Gainsbourg brings chills to this Beck-produced version of the classic tune, for the soundtrack of her forthcoming movie Nymphomaniac, directed by Danish freakshow Lars von Trier.

Following up her 2012 collab with David Byrne, St. Vincent has announced a new self-titled solo record, to be released on Feb. 25. Here’s a taste:

Primal Scream, the Scottish/English band who’ve been producing weird pop music (let’s forget their brief foray into mediocre Stones rip-offs and Stateside success) since spinning off from the Jesus and Mary Chain in the early early ’90s, will be playing Montreal (at the Corona Theatre, on May 15) for the first time since who-knows-when. Here’s a video from their latest record, More Light.

You may be hibernating at home today, but that doesn’t mean you can’t move. Defrost with this new track by Montreal bro A-Trak and his bud Oliver.