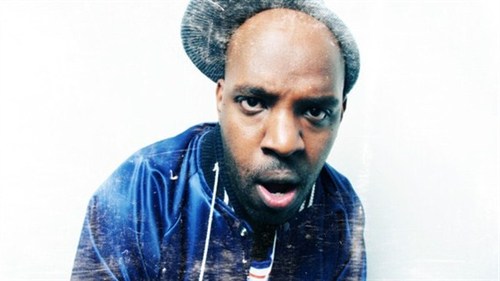 The ever-prolific Shad and his band bring it back to town this week with new music from the much-anticipated, bangin’-delivered and stylistically superb record Flying Colours.

On the eve of Shad’s headlining return to the Corona Theatre, following a past-due and totally packed-out show at the same hall late last spring with Buck 65, Cult MTL caught up with the Juno-winning leader of Canada’s new school of rap.

Darcy MacDonald: On Flying Colours, are we hearing a more convicted Shad, with fewer questions and more answers?

Shad: When I was a bit younger, a lot of my personal journey — which is, like, the core of my music — was more, “Where am I going, how am I going to get there, and who am I trying to be?” At a certain point, you have to go, “Okay, this is who I am,” to some extent. And you’ve gotta come to terms with that. Like, okay, this is my story, this is what it looks like, this is me at this point. It’s far from over, but it is a story at this point — there’s some history there.

DM: For our interview last spring, the record company actually asked me not to discuss “the new album,” which would become Flying Colours. So many hip hop artists just can’t wait to talk about their next shit. How does that sort of blackout help an artist?

Shad: To some extent, it’s just the business side. Like, there will be time to talk about the album when it’s time to. But for me, I am also the guy that never has camera crews in the studio during the recording and that kind of thing. A lotta people do behind-the-scenes videos, and I’ve just never done that — partly because I’m just like, “Nah!” you know? “I dunno if this is gonna suck!” [laughs]

I like to wait until it’s done and I’m confident in it, and then I can talk about it. Until then, I might be excited, but I can’t tell you if it’s good yet.

DM: A lot of artists will shrug off questions about process by just saying, “I’m trying to make good music.” Do you think making good music is something one tries, or simply can or cannot do?

DM: Are you the type of artist with “vaults,” so to speak, or tons of material that doesn’t make it to the album?

Shad: No, that’s never been my process. There’s a lot of artists I know who are like that, who are like, “Yeah, I wrote, like, 80 songs.” Usually if there’s an idea, there’s a beat and there’s some lyrics and I get committed to them, I’m good at trying to wrestle that song to the ground. Some people just move on if they’re not feeling it in the first five minutes, but that’s never been my thing.

[With Flying Colours], on the instrumental tip, it was kind of like a whole new process of building a lot of stuff from the ground floor, with me, Bastid, Ian who plays bass and keys with me live, and an engineer that does our sound live, too. We built on a lot of ideas from scratch, which was a process I’d never really done before. Usually I hear a beat I like and work from there, or get the individual tracks and try to shape it into a song. This was a little more of an organic process, and it was dope. It was a cool thing to try out, and it was a lotta fun. And I think it made for a result that is kinda closer to me in terms of my ideas and my sensibilities.

DM: Hip hop used to have this stigma of like “three albums and you’re done” attached to it. But you still seem to me, four albums deep, like a rising artist. Do you feel that your reach has widened, that you still have that luxury of freshness?

Shad: I think that there are still ways that I can get better, that there’s still other spaces to explore and other things that still interest me musically. So in that sense, yeah, I feel like I can keep things fresh.

But it’s a real thing, because we say a lotta lyrics in our albums. We talk about a lotta things when we rap. There is definitely a creative challenge within that — like, what are you gonna do next or say next that’s still interesting, that’s still inspired, you know what I mean? But I like that challenge, and I like the fact that that is a difficult thing to do.

There’s a whole host of life experiences that I’ve never had. And hip hop is kinda young, and there’s a lot of things people haven’t really talked about on rap songs yet. I think there’s room for me to grow, for the art form to grow. That’s still exciting for me. ■