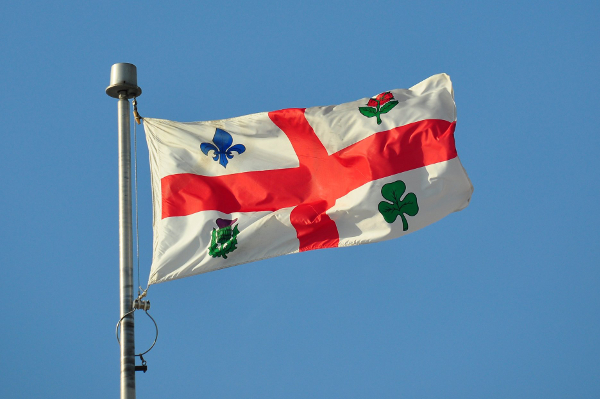 Well, that was fun. After eight weeks of campaigning, Montrealers finally have a new mayor, Denis Coderre, who received the backing of about one eligible voter in eight.

One in three, roughly, if you only count the people who actually voted.

(Makes you want to go out and smoke some crack while in a drunken stupor, doesn’t it?)

Yet Coderre’s party, with 27 seats, is on the cusp of controlling the majority of the 65 votes on city council. To get the extra seats he needs, all the mayor-elect has to do is convince the rump of six Coalition Montreal councillors to join his party or form a tacit alliance. He can also get there by recruiting some of the eight councillors who have no affiliation to the main parties. And then there are the five seats where he hopes a judicial recount of the vote will get him an extra councillor or two. Any combination of the above can put Coderre over the top, even though two-out-of-three voters rejected him Sunday.

That’s Montreal democracy in 2013. That’s the effect of the system described as “first-past-the-post.” You don’t need a majority to win a seat — all you need is one more vote than your closest competitor.

That may seem fair at first blush, but it often produces an extremely distorted picture of voter intention. You don’t need to look any farther than Mélanie Joly’s results to see how bad it can get. Although she attracted more than one-quarter of the votes, her party only has four seats out of 65, compared to six for fourth-place Coalition Montreal and 20 for Projet Montréal, whose mayoralty candidate, Richard Bergeron, attracted about 5,000 fewer votes than Joly. (The distortion is amplified by the fact that Joly only ran candidates in about half the boroughs.)

The Montreal election system is the political equivalent of a turducken, a hybrid of several seemingly incongruous forms of democracy. Unlike the Canadian and Quebec parliamentary systems, we get to vote directly for the Big Cheese. We also get to vote for up to four other representatives, from city councillors to borough mayors and borough councillors. The result can be confusing to the experts, let alone the poor citizens who never realized they’d need a poli-sci degree to figure out who’s in charge.

Take the residents of the Loyola district in the borough of Côte-des-Neiges–Notre-Dame-de-Grâce. After Sunday’s vote, their district representative is now independent city councillor Jeremy Searle, who is a member of a borough council composed of himself and:

They have no representation at all from Joly’s party, even though she had 1,478 more votes in that borough than any other mayoralty candidate.

And if history has taught us anything, there’s a very good chance that some of the above will switch parties before the next election.

Montreal’s election process needs a major overhaul before the next vote four years from now. Personally, I think Quebec should scrap the turducken system altogether. Most of the political formations aren’t really parties anyway — they’re often just vehicles created on the fly to raise money and get their leader elected mayor. (Projet Montréal is the sole exception.)

That’s not likely to happen anytime soon, however. So if Quebec wants to continue with the only municipal party system in Canada, it should at least institute some form of proportional representation that would better reflect voter intention.

If we ever want to see voter participation rates rise above the miserable 40-per-cent levels of recent years, we need to convince citizens that their ballots aren’t being wasted when their candidates finish just a few votes behind the winner. There are dozens of different models, each with its pros and cons, that merit closer examination.

Quebec should start looking at them now if there’s going to be any hope of seeing a new system in place for 2017. ■

For one, the Lunatic Asylum theme is timely.

Appeals by the Mile Ex music venue to wait until the pandemic is over were ignored.