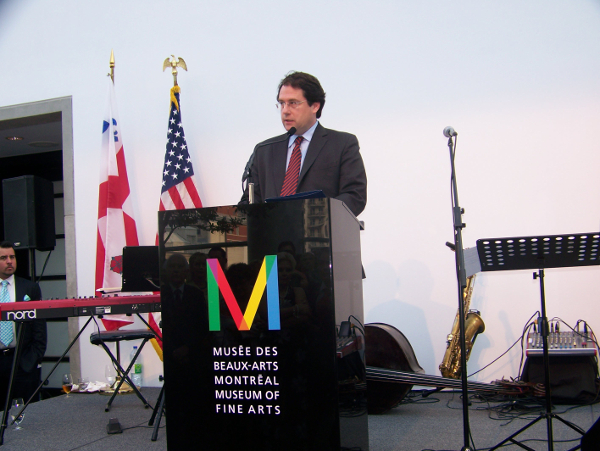 So Bernard Drainville, the Parti Québécois minister responsible for the Charter of Quebec Values, was meant to be at Concordia yesterday. The idea was that he would take part in a debate on said charter with Liberal MNA Katherine Weil and former Québec Solidaire pres André Frappier. But because of a perceived threat to his safety — QPIRG put out a call to protest — that didn’t happen. Concordia apparently took measures to ensure Drainville’s safety, but to no avail, so the event went on without the guy everyone wanted to question, and then, apparently, life went on.

In other Charter-related news, the English Montreal School Board has publicly rejected the notion that its employees would one day not be be able to rock religious attire on the job. The idea behind this stand — which, yeah, is a dramatic way of phrasing it — is that the board’s schools teach tolerance, while Bill 60 pushes the opposite agenda. So, yeah, if it’s ever passed, the board, like the Jewish General Hospital, won’t force anyone to take off their yarmkulkes, hijabs and so on.

Per the PQ, there will be no balanced budget this year. Instead, we get a $2.5-billion deficit that the government is attributing to issues like a drop in sales-tax revenue following a rate hike earlier this year. So, yeah, surprising, right?

Charles Lapointe’s resignation from his position as president of Montreal’s arts council prompted some choice quotes from Denis Coderre. Lapointe, the former head of Tourism Montreal, had apparently been living what the Gazette calls a “lavish life at the taxpayers’ expense,” a fact that Wednesday’s auditor general’s report revealed. The best part of this was Coderre’s eloquent on-camera statement that he was “pissed off” and “swearing inside.” Because Coderre has the good sense to know that one cannot swear on television.

And now the new Tourism Montreal guy quit, too.

Are you fucking with that Black Friday? Yeah, we’re in Canada, so it’s not quite the surreal ritual that it is stateside (walk the malls drunk at 3 a.m. and you’ll see what we mean), but, yeah, we’re on it — even if, as at least one guy reports, the day that in Quebec is Vendredi Fou doesn’t exactly have people trampling each other in our downtown shopping areas.

Finally, my chain. Well, not my chain, but someone’s chain. It’s that iced-out white gold, and it’s got a Jesus piece hanging from it. And Montreal police are apparently looking for it. ■