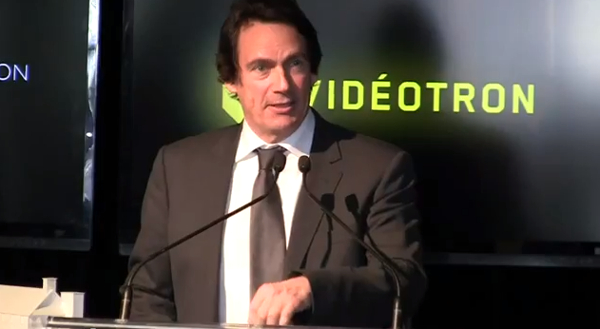 Who is Carly Rae Jepsen? And if you don’t know who she is, does that make you a bad Canadian?

What about Marie-Mai? Do you know her? She’s similar to Jepsen in dozens of ways. They both finished in third place in TV singing competitions but went on to much greater commercial success than the people who beat them. The only major difference between these two pop stars is this:

Marie-Mai has become a barometer that some Quebec media like to repeatedly shove up the arse of anglo Quebec. I don’t know how much her record label paid L’actualité and the Journal de Montréal for the cheap publicity, but both have seen fit to feature the singer prominently in recent surveys intended to gauge anglo awareness of celebrity culture in French Quebec.

And guess what? Some franco-Quebecers apparently find it shocking that so few anglos (about a quarter of us) know who she is. Neither did I, until she was included in an April 2012 dossier-choc — “What do anglo-Quebecers want” — in L’actualité magazine, compiled by none other than Jean-François Lisée. (At the time, the future minister was still pretending to be a journalist while simultaneously working in the back rooms of the Parti Québécois).

When the Journal de Montréal this month decided to repeat the experiment, asking anglo-Quebecers if they knew 10 prominent members of québécois celebrity culture, Marie-Mai actually did better than five of the others!

“Who is Marie-Mai?” screamed the Journal headline, in English, in Monday’s paper.

“Who cares?” I asked myself. And why are they going back to this tired issue of cross-cultural awareness?

As the Journal itself revealed on Tuesday, under the less tabloid-y headline “Une culture méconnue” (An unfamiliar culture), the ignorance goes both ways.

Apparently, none of the francos surveyed know who cable czar Jim Shaw is. Which isn’t surprising, because neither did I. I didn’t know who Ron James was either (a stand-up comic, ironically), and I only know who E-Talk host Tanya Kim is because I sometimes forget to turn off the TV after watching the six o’clock news.

As a matter of fact, based on the two Journal surveys, I’m a much better sponge of francophone culture, because I knew all 10 of those celebrities, and only eight of the anglo stars. But what does any of this prove? It must prove something, otherwise why would the Journal put it on the front page two days in a row?

One of the celebs that anglos were asked to identify is Pierre Karl Péladeau, the owner of the Journal de Montréal and publishing giant Quebecor. (Amusingly, the Journal twice misspelled Péladeau’s first name in the story. Only the art department got it right.) Only 30 per cent of the anglos surveyed knew who he was, which really is a shame. Because unlike Marie-Mai, Péladeau actually does lots of things that affect your life in concrete ways.

In a feature entitled Pierre Karl Péladeau: King of Quebec, Maclean’s magazine last month described in detail the power that Péladeau wields in francophone Quebec, even after he resigned as Quebecor CEO in May. (He remains vice-chairman of the Quebecor board and chairman of Quebecor Media board, however.) Shortly after his “retirement,” he was named the new chairman of Hydro-Québec by premier Pauline Marois, giving him yet another podium from which to exercise his power (pun intended).

Journalist Martin Patriquin’s 4,700-word essay makes it clear that, despite repeated denials from a Quebecor exec, Péladeau’s influence is felt in almost every sphere of Quebec life. People who piss him off don’t do well, a message not lost on the thousands of people who rely on Quebecor-run businesses to put baguettes on the family table. So even though he’s no longer CEO, the infamously micro-managing Péladeau doesn’t need to tell his media empire what to do. The bosses and employee are all painfully aware of the risks they run when they don’t stay within the well-established lines.

Do those lines include engaging in wedge politics? Say, for example, assigning and publishing two stories that once more resurrect and reinforce an “us and them” view of Quebec’s linguistic communities? Nah, that would be paranoid. Right?

I’m sure Pierre Karl isn’t Quebec’s version of Italy’s Silvio Berlusconi — a media mogul with an eye on political power. Sure, he’s a nationalist with close ties to the PQ. Of course, his media enterprises (and most politicians) all sang in harmony when he decided he wanted a government-backed Quebec City arena for his future NHL franchise. Okay, as chairman of the province’s most important crown corporation, he is ideally placed to challenge for the PQ leadership as soon as Pauline is offed by her self-created Perils.

But there’s no way Péladeau wants to be the next PQ premier.

Look, you might not know who Pierre Karl is, but I do.

The last thing he wants is a demotion. ■