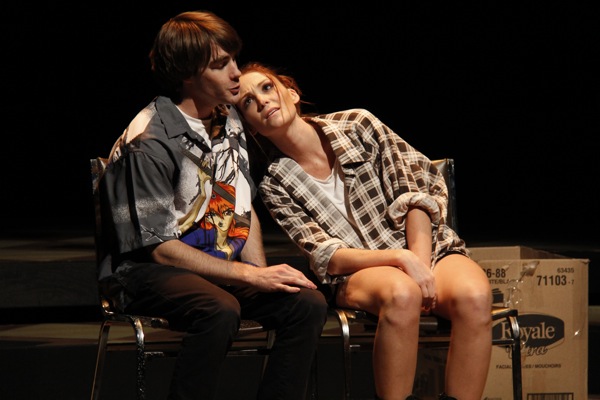 Theatre season is game on with plenty of shows opening this week, as well as an improv festival.

Opening this week is Broadway musical Ain’t Misbehavin’ at the Segal Centre. The show looks at the life and music of Thomas “Fats” Waller, who rose to fame in piano joints that blossomed during the Harlem Renaissance. Expect sultry songs and sass in this celebration of the era that put the Cotton Club on the map. Segal Centre (5170 Côte Ste-Catherine), Oct. 1–20, tickets start at $29

Meanwhile, in the Segal Centre studio, Sedna: Goddess of the Sea recounts Inuit myth through storytelling and multimedia. Written and directed by Jessica Abdallah, the gory tale rivals any by the Grimm brothers. Sedna’s father cuts her fingers off as she clings to the side of his kayak. The dismembered digits become the seals, walruses and whales. Sedna sinks to the sea bottom and transforms into the mistress of the ocean. Unable to comb her own hair, she can only be quieted when a shaman dives into the ocean and untangles the knots. Segal Centre Studio (5170 Côte Ste-Catherine), Oct. 1–6, 8 p.m., $17.25

The Centaur, meanwhile, opens its 45th season with The St. Léonard Chronicles. This highly anticipated comedy by award-winning playwright Steve Galluccio focuses on a young St. Léonard couple. Terry and Robert plan to move out of their newly renovated duplex to Beaconsfield. Who knew the West Island was such a hotbed of iniquity to those living on the other side of Decarie? Italian relatives lose their cannolis at the news, revealing that three generations of family clash in amusing and familiar ways. Centaur Theatre (453 St-François-Xavier), Oct. 3–Nov. 3, 8 p.m., $26/$34/$42.50

Pulitzer Prize finalist Adam Rapp’s Stone Cold Dead Serious opens at Espace 4001. The play, the first full production by indie start-up company inFurnace, is about the Ledbetters, a low-income family facing hard times. Dad’s bad back has left him collecting workman’s comp. Mom’s got Jesus fever and works as a waitress 18 hours a day. Heroin-addicted Sis has run away to live at the Y, where she’s picked up some new “friends,” and syphilis. Luckily, young son Wynne has a gift for martial-arts style video games, and he intends to pocket the hefty prize winnings of a New York live-gaming competition in which he is a finalist. With the cash, he hopes to send Sis to rehab, Dad to a doctor and Mom to a new line of work. Best of all, they can eat at Sizzler every night! Rapp’s ear for dialogue is poetic and snappy at the same time. But, mainly, his plays are well known for their journeys into the absurd. Trust me, this one goes on quite the journey, and samurai swords are involved. Espace 4001 (4001 Berri), Oct. 3–12, 8 p.m., $12/$15

Last of all, the Montreal Improv Festival MPROV is entering its eighth year. Acts from Vancouver, Philadelphia and even Paris grace the stage at the Montreal Improv Theatre. The first week consists of English acts, while the second is for French ones. Among those performing are some beloved local groups: Easy Action, Cinplass, Girl Talk, Deram Hunks and Infernal Compass. Those from far and wide include Vancouver’s Hip.Bang!, winners of the 2013 Canadian Comedy Award for best improv troupe. Amie and Kristen visit from Philadelphia, winners of the Best Small Improv Group in 2011 in a festival from their home base. From Paris is Plan C, a solo show that combines clown, mime, dance, and theatre. Troupes from Toronto and Winnipeg round out the roster. Montreal Improv Theatre (3697 St-Laurent), Oct 1–12, shows at 7 p.m. and 9 p.m., $6–$12 ■