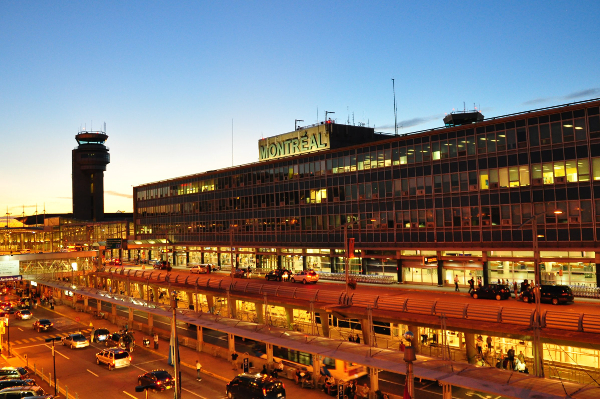 The biggest commercial taxpayer on the island. Photo via Flickr

Well, here’s some shit: According to reports that surfaced today, Bibiane Bovet, who’s running for Groupe Mélanie Joly in the DeLorimier riding of Plateau-Mont-Royal, once worked as an escort, apparently to pay for a sex change. Per La Presse, She was once known as Jena Roberts, and worked in the sex trade until the summer of 2012. Joly is said to have been aware of her candidate’s one-time line of work. On an unrelated note, she did, perhaps semi-seriously, invite Marcel Côté, whose own party is trailing in the polls, to join her party. Côté called her offer  a “standard one-liner.”

And though the campaign is ramping up, with the Nov. 3 election less than three weeks away, the mayors of some on-island municipalities — notably those of places like Dorval and Hampstead — say they feel some type of way about the lack of attention candidates are paying to their cities. Per Ed Rouleau, incumbent mayor of Dorval, “It’s like we don’t exist.” To be fair, as Rouleau then noted, the Aéroports de Montréal is the biggest commercial taxpayer on the island, and, for the record, Fairview is ninth.

On the subject of mayoralty, though of the off-island variety, the mayor of St-Rémi, Michel Lavoie, was arrested today, for the second time, on the same charges as ever: fraud and abuse of power. Louise Trudeau-Lefrançois, a municipal councillor, was arrested on the latter charge.

In spite of les Janette — the 20 women, philosophy professor Louise Mailloux and media type  Julie Snyder among them, who have aligned themselves with Janette Bertrand, the writer who has endorsed the values charter — Quebec’s Human Rights Commission has, startlingly enough, denounced the controversial charter. According to a 21-page position paper, the  proposed charter violates all manner of fundamental human rights. So there’s that.

Georges Laraque is giving politics a rest to fight fraud charges related to two transactions worth a combined $120,000. He surely feels some type of way about this.

And, finally, in the wake of Pastagate, you can now send the Office québécois de la langue française your concerns, complaints and whatever else online. The office promises to assess the situation and react accordingly. ■