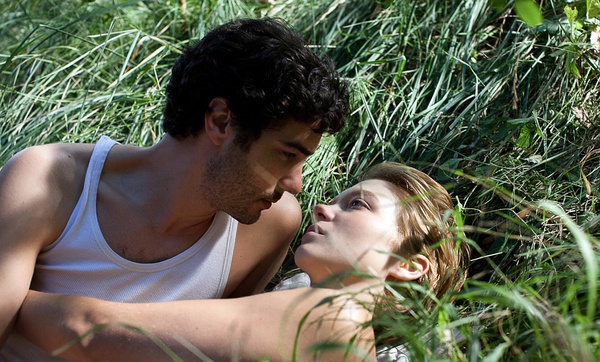 The Cinemania Film festival will take place Nov 7–17 this year. The fest, which celebrates French-language films from around the world, will screen 49 films, 33 of which are premieres at the Imperial Cinema (1432 Bleury), nine in a retrospective at the Cinémathèque Québécoise (335 de Maisonneuve E.), as well as a special presentation of seven shorts.

The opening film is Asghar Farhadi’s (A Separation) Le Passé, a celebrated entry in the official competition at Cannes this year. The closing film will be Rebecca Zlotowski’s Grand Central (from the Cannes 2013 Un Certain Regard section), which will be introduced in person by Zlotowski and co-star Tahar Rahim.

The remaining feature films are:
2 Autumns, 3 Winters by Séebastien Betbeder
9 Mois Ferme by Albert Dupontel
Arrest Me by Jean-Paul Lilienfeld
The Artist and the Model by Fernando Trueba
Before Winter Chill by Philippe Claudel
A Gesture of Beauty by Muriel Flis-Trèves
Little Cookie by Léa Fazer
It Happened in St-Tropez by Danièle Thompson
On My Way by Emmanuelle Bercot
Turning Tide by Christophe Offenstein
Fanny by Daniel Auteuil
Family Matters by Nick Quinn
The Informant by Julien Leclercq
Grand Départ by Nicolas Mercier
Grigris by Mahamat-Saleh Haroun
Jeune et Jolie (Young and Beautiful) by François Ozon
Welcome to Argentina by Edouard Deluc
Marius by Daniel Auteil
Bad Girl by Patrick Mille
Michael Kohlhaas by Arnaud des Pallières
The Birch Tree Meadow by Marceline Loridan-Ivens
For A Woman by Diane Kurys
Quai D’Orsay by Bertrand Tavernier
Queen of Montreil by Solveig Anspach
Wrestling Queens by Jean-Marc Rudnicki
Where We Grew Up by Idit Cébula
Under the Fig Tree by Anne-Marie Etienne
Suzanne by Katell Quillévéré
Just a Sigh by Jérôme Bonnell
Tonnerre by Guillaume Brac
Un château en Italie (A Castle in Italy) by Valeria Bruni-Tedeschi
Violette by Martin Provost

The guest of honour at the 19th edition is the legendary Anouk Aimée, who is making a special and rare personal appearance travelling to Montreal to participate in a free-admission master class at the Imperial Cinema. In addition, a retrospective of Aimée’s most famous films will be screened at the Cinémathèque Québécoise.

They’ll also have a special presentation: The Inimitable Vincent Macaigne, which celebrates the multi-talented poster-boy of a new generation of French filmmakers. And Les Talents Cannes, which will focus on the actors themselves in seven short films that will also be presented at the Cinémathèque Québécoise.

The Mel Hoppenheim Audience Award will be given to the film garnering the most votes among the full program of premieres screening at the Imperial Cinema, while the TFO Audience Award, a cash prize, is awarded to the director of the best independent film of which seven films are eligible to compete. ■

Cinemania happens Nov 7–17. For more information, head to their website.